Driving through the village at night to claim my few hours of solace amongst pine and rock, a soft glow emanates from steamed up windows of houses that I can't afford. The bare carpark is a far cry from the summer scenes. Just me, the ghosts, and the dark. I wave my head torch violently, making sure there are no monsters lurking. Feeling spooked and only 10m from my rusty Passat, I consider bailing back to my warm house and family. My eldest daughter is at the 'scared of monsters' stage and conversations revolve around monsters being pretend. So it seems I would be a bit of a fucking hypocrite if I bailed on account of being scared of the dark. I start walking, two pads stacked on my back, shoes warming inside my pockets, tree branches reaching out like dead man's fingers.

I walk along the same path as countless other climbers. From those in the 80s pushing Scottish standards on a mix of gear and bolts, to the elusive bolt chopper, to the pilgrims that still come to cut their teeth from all ends of the country. Nothing looks familiar in the dark, trees loom and the ghosts of Atholl estate dance around my mind. Disorientated, Google Maps loads as I think back to describing the location to a friend and it dawns on me where I am. 'You can be standing on top of it and not even realise it's there!'. For fuck's sake. I throw my pads over the edge into the abyss.

The lamp lights up the lightning bolt scooped wall, climbed in 2009 by Mike Lee - a man notorious for putting up test piece boulders in the north. Darkness engulfs the rest of the forest, the light creating a protective barrier between the climbing and the monsters, allowing me to get lost in a safe world of schist ripples. I sit and dream about what other gems might lie hidden undiscovered in the forest. I'd recently said to a friend - 'you're a local now, you need to start looking at things with fresh eyes of desperation'. But Electric Feel isn't like that, it doesn't need rose-tinted glasses; she holds her own without explanations or 'it's good for Scotland' prefixes. She can't be wooed with raw power and is unimpressed by 1 arm hangs on the Beastmaker; she demands subtle body positioning and intricate technique.

I go to fetch my knee pad, convincing myself it doesn't change the grade. You could definitely do it without the pad. It's probably not even that much harder (it's not even the crux move)! The pad isn't in my bag… Fuck. The knee bar sticks but the pocket is out of reach. I'm right, it is possible without the pad, you just have to actually be climbing 7B+. The moon laughs as I pack up and leave empty-handed for the sport wall in search of my missing knee pad.

An aberrant scene. No one working the drop knee move of Hamish Ted's, being spat off the penultimate move of Marlena, trying to wrap their fingers around the sugar cube of Silk Purse, discussing whether the pegs would hold falls, or trying to figure out where the hell Ching actually goes. The chalk on the traverse looks fresh. I imagine Kappa Ross must have been here getting his winter fix too. Spring will be here soon enough, bringing with it the queues and witty banter. Dunkeld Doug's van will become a semi-permanent feature of the carpark and it'll once more be easy to scrounge cups of tea, belays and help with the kids from frequent flyers. I wonder what summer will bring. Will I try traverse into the routes? The notorious 'bit of wall that Malc Smith tried'? Last summer I contemplated trying Marlena on gear, but knew it would be avoiding getting on things 'saved for the onsight'. I still didn't get on them that summer. Tales of climbers more accomplished than myself taking the lob on Morbidezza proved too much for my fragile ego. I am weak in the mind. Maybe this summer will bring more strength.

Wandering down, knee pad in hand, I step on the wobble stone and a resounding thunk echoes into Lady Charlotte's cave. I imagine the wobble stone serving as a warning to Hamish Teddy and his mistress Marlena, that Lady Charlotte was afoot. Now it serves as a point of enticement for my 3 year old. An eerie breeze blows through the trees, my pace quickens. What a fright I would give a local dog walker out on a night time stroll. 'Local goes into cardiac arrest after being shocked by disheveled woman in forrest'. Contented that I'm the scariest thing to be found here, I clock-in from another session at the crag that just keeps giving. 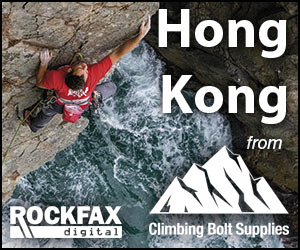 In the Limelight at Malham Cove

How to Start Indoor Climbing

The second year of the pandemic was another strange one. The year began with another lockdown in the UK; climbing walls were shut...

This week's ticklist is a mixture of hard sport climbing in Europe, with a couple of desperate Japanese ascents thrown in for...

THE TICKLIST: #53 A Big Week for Bouldering and Sport

In this week's Ticklist, there are ascents from Japan, Europe and the US for some of the world's top boulderers and sport... 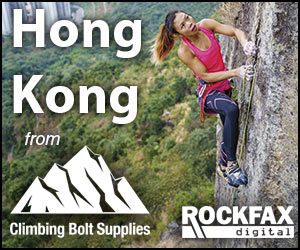 Just ratchet up the Silk Purse psych another notch, why don’t you... :)

Enjoyed this one. The description of being out on my own at weird times really chimed with my recent experiences, as did having my childs imagined commentary rattling round in my own head.

Didn't realise there was any bouldering there!

Reminds me of a time 15-20 years ago when my two daughters were toddlers and we would take walks at Craig a Barns. ‘We’re Going On A Bear Hunt’ was a favourite book and they believed that a bear lived in Lady Charlotte’s Cave. We still go there but the girls now lead me up VS’s.