Tre Cime by night. Bellavista takes a central line through the highest tower. It was first climbed in 2001 by Alex Huber, who described it as "by far the wildest route on an alpine face."

Photo © James Rushforth
STANDING AT THE BASE of the north face of Cima Ovest in the Dolomites is a lesson in feeling small. The peak looms out of sight overhead, and to the east, Cima Grande and Cima Piccola rise like ramparts. Rocks whizz sporadically off their faces, hurtling hundreds of feet to the ground, exploding when they land. The peaks of the surrounding Dolomites fill the horizon line, stacked one after the other like a chossy game of dominoes. And above, a few pitches up Cima Ovest, an immense roof juts from the wall. Through it, Bellavista slinks.

From the ground, it's almost impossible to imagine that the route is doable. The roof extends for more than 60 meters, and even an optimist struggles to imagine the holds along its length. Established and first climbed free by Alex Huber in 2001, Bellavista was the first 8c multi-pitch route in the Dolomites and, perhaps, the world. "The fact that Alex Huber just thought, OK, I'll go and create a route up there, hoping he'd be able to get through...that's amazing," Babsi Zangerl muses.
Babsi, whose quiet personality and slight build belie her impressive capabilities on rock, first saw Bellavista up close in June 2014. "What made it interesting for me," she says, "was the whole package. The fact that I knew it was going to be a massive effort to climb the whole thing in one go and the fact that I was quite scared at first made it appealing."

Next to Bellavista lies Pan Aroma, an 8c that shares the same beginning pitches as Bellavista but cuts hard right when it reaches the roof. Jacopo Larcher, Babsi's boyfriend, was inspired by the line, which was also established by Huber. Together, they decided they would try the routes.
THIS UNDERTAKING WAS NOTHING SHORT OF IMMENSE. These are not two routes next to each other at the crag?€"the nails-hard crux pitches of each route are several hundred feet off the ground, and the initial pitches of the routes are no cakewalk themselves. The opening 7b moves are unprotected, and the majority of the moves following are runout, protected by rusty pitons pounded into questionable rock. Once through the crux of the roof, more than a dozen pitches remain to complete the 450-meter north face. While Babsi and Jacopo worked the opening pitches, they were constantly reminded of the immense wall above them still to be climbed, as rocks whirred methodically from the top, detonating on the ground beneath them.

Once through the first pitches and to the base of the roof, the going only gets more difficult. The rock seems even more fragile, and the gear is hard to immediately trust. Three times beneath the roof Babsi remembers thinking to herself, OK, this is enough. I'm too scared?€"I don't want to try anymore. 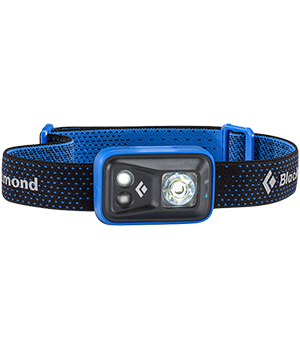 A headlamp for everything, from pre-work dawn patrols to late-night rappels after a long day, the Black Diamond Spot Headlamp now features 200 lumens of power in a waterproof package. Featuring PowerTap Technology, easy on-the-fly brightness adjustments are literally at the tip of your fingers. At first touch, the proximity light is illuminated, eliminating the headlamp shuffle when transitioning from camp tasks to low-light activities. With a handy lock mode, the Spot is safe from accidental battery drain while in your pack or pocket. 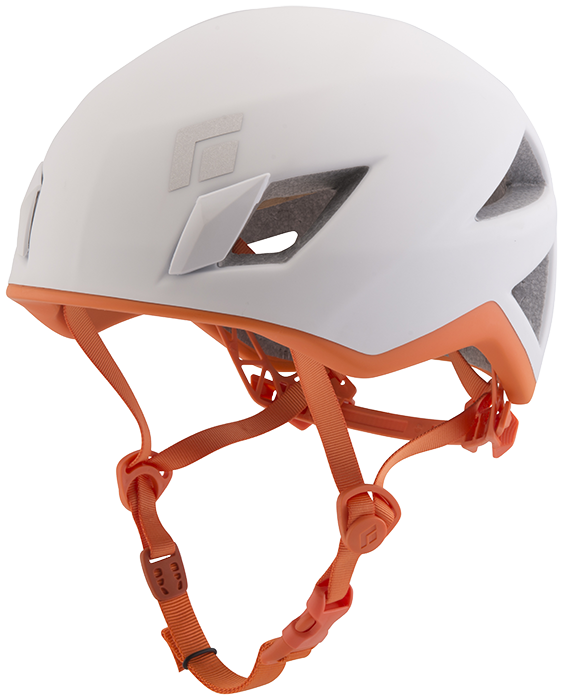 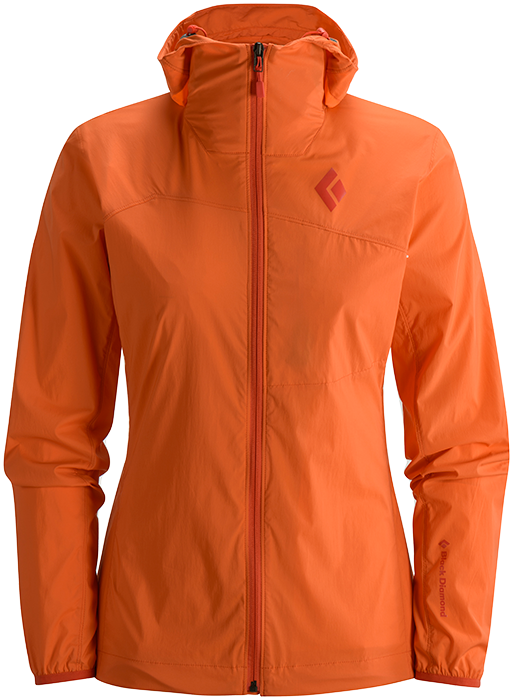 An ultralight softshell designed to shield weight-conscious climbers from ridgeline gusts and light weather, the Black Diamond Alpine Start Hoody features Schoeller® stretch-woven fabric to provide highly breathable and highly packable weather resistance. A gusseted construction offers unrestricted freedom of movement, while the adjustable hood fits over a climbing helmet. The jacket also stuffs into its own chest pocket, which features an internal carabiner clip loop for attaching to your harness.

"When you're climbing on wet holds, and you're scared of slipping off, it's much more of a challenge mentally than when you're climbing and you run out of strength," she says. But back at the belay or on the ground, she would resolve to overcome her fears. "I find it hard to give up."

ESTABLISHED AND FIRST CLIMBED FREE BY ALEX HUBER IN 2001, BELLAVISTA WAS THE FIRST 8C MULTI-PITCH ROUTE IN THE DOLOMITES AND, PERHAPS, THE WORLD.
FOR BABSI, one of the biggest breakthroughs on the route was finally feeling comfortable enough to fall on the crux pitch. Once she overcame that fear, she could let herself fully try the moves. But each fall from here would leave her spinning in space at the end of the rope. The only way to get back onto the rock was to jug the line and then rest for another try, a process that would take an hour, easily.

To make matters worse, that summer, as is often the case in the Dolomites, the weather was horrible. Each day, storm clouds hustled across the sky, spitting drops down onto the chossy face of Cima Ovest and soaking the holds of the crux pitches. Several times, Babsi and Jacopo attempted to dry off the holds with towels, hoping to make links despite the dismal weather. But by the time they made it back to the belay and then out again for a go, the moisture in the air would have soaked the holds they had just dried. And for weeks, it rained, rained, rained.

"I've never found it so difficult to motivate myself for a route as I did for that one," Babsi remembers.
"It's not just about you and how well you can climb?€"there are these other factors affecting whether or not you can succeed."

But somehow, they stuck it out. For two months, they spent each rainy day convincing each other to keep trying. They slept in their van, waking every morning thinking it had to get better soon; the bad weather had to break. "To everyone else, it looked like a crazy idea, and lots of people said, you guys are nuts to stay there for two months when the weather is so bad," Babsi says. They both knew that in a better summer, the effort required to climb the routes would be far less. They thrived off of each other's energy though, and, in a way, the horrible conditions made the experience worthwhile.

"When you're hanging there on the wall and there's fog down to the ground and you can barely see the other person, somehow that was the experience that made it stand out for me," Babsi says. "The hard work beforehand, the amount of time we'd invested and the challenge of being shit-scared and having to force yourself to climb a particular section, those are the things, for me, that really made it."
BABSI AND JACOPO DID NOT SEND Bellavista and Pan Aroma that summer. The pair left after two soggy months, resolving to come back the next year. But the following June when they arrived, the weather was worse, with snowflakes pelting down. So they fixed the lines, happy to go sport climbing, leaving Cima Ovest cloaked in clouds.

And then, while Jacopo was away on a mosquito-ridden expedition in Siberia, the weather broke. Babsi arranged a reconnaissance mission with Christian "Pinky" Winklmair, thinking that she would just go and try the crux, which would finally be dry. When the pair arrived, they found the route in better condition than Babsi had seen it the entire two months the summer before. But after one day on, they had only one more day before they both had to be back for work, so they woke up late, not planning a summit push and getting on the route at the crack of 9 a.m.

Babsi led all of the opening pitches, and when she led out from under the roof, it all clicked. For the first time, she sent the pitch. And above her stretched pitch after pitch to the summit. She and Pinky reached the midpoint of the route at 7 p.m., with the sun setting and 14 more pitches to go. Babsi couldn't give up now. At 2 a.m., after getting incredibly off-route in the dark with only one headlamp, the duo reached the summit. They both had to be at work in several hours, so they snapped a selfie at the top, and stumbled their way off the crumbling downclimb.
FOR BABSI, BELLAVISTA MARKS ONE OF HER HARDEST multipitch sends to date. But in the end, this number is not what marks the send as one of her most proud. What sets it apart are the weeks and weeks spent in the rain and fog with Jacopo in 2014, overcoming her fears. For hours at the belay, only able to see Jacopo's feet as he worked through Panorama's roof, and each time she fell from the roof herself, she experienced something raw and real. Something indefinable.