New Topic
Please Register as a New User in order to reply to this topic.
kevin stephens 07 Jan 2022

Trainer Road’s ramp test feature no longer works on my 3rd generation iPad because despite being bought new in late 2019 it is apparently obsolete. The hefty subscription is due soon so I’m minded to cancel and use something else instead. Of course I’m aware of Zwift and it’s virtual cycling experience, but what’s it like at measuring your FTP and creating training programs based on it? What other alternatives can provide this?

Login to Reply
VSisjustascramble 07 Jan 2022
In reply to kevin stephens:

They don’t quite hit the spot and obviously aren’t tailored to individuals. FTP booster is too intense. FTP builder doesn’t quite have enough intensity l. There are others but they seem quite focused on specific disciplines.

All are based on % of FTP

Having said that you can put your own training programmes in.

I think it depends on the level you’re operating at and how sophisticated you want your training to be. My FTP (prior to the offseason) was pretty respectable (in my opinion - 320 @ 70kg) and I’ve always just switched between the FTP builder then the FTP booster, riding outside at the weekend. Builds a base then adds in intensity.

I only use zwift so not sure about alternatives.

Sufferfest? The Half Monty test has a ramp followed by a 20 minute "constrained effort" (constrained by HR) part. Its not especially cheap (about £11/ month but cheaper if you take out an annual subscription). I have an Elite trainer and the MyElite app is very cheap (£20/year). I've never really investigated it much though I'm sure it has a ramp test in the library. I assume it would work with non-Elite trainers, but can't be sure.

2
Login to Reply
KeithWakeley 07 Jan 2022
In reply to kevin stephens:

Sufferfest (Now Systm) is excellent. Works just fine on my ipad which is circa 2018.

Options of a Ramp test  - Half Monty - or the full 4DP - Full Frontal -  hour of fun to sort out FTP etc.  The workouts are excellent, tailored to your 4DP numbers and some of the more recent ones are really engaging. Chekc out the Pro Rides series of recent videos, basically filmed on bike from real races, they've taken the power profile of a pro rider in the race, then the magic algorithm tailors that to your 4dp numbers.

For engaging cycling also check out Rouvy, like zwift but without the computer generated graphics. It's really nice for exploring the world as it's all on bike real world videos.

I've found a combination of the two has really helped by fitness over the last year or so of lcokdowns and kept me engaged and motivated.

I'm very happy with the training plans, FTP +8w and MAP (5 min) +17w since November. The Half Monty ramp test is more boring than painful and has given FTP and MAP (5 minute power) numbers that have resulted in challenging and engaging workouts. The Full frontal fitness test also measures AC (1 min) and NM (5sec) power but doesn't work well on my dumb trainer with virtual power, because if I set the resistance level hard enough not to spin out top gear, bottom gear is too hard for recovery intervals.

I can run the app of my iPhone  SE plugged into a tv with and HDMI adapter for a big screen.

I've changed from Zwift to Wahoo Systm and Rouvy.

Zwift is good if you want the racing features, however I've found the training program on Wahoo have translated to better real world riding. As said about Rouvy is great for exploring other parts of the world using real world footage. It does seem to be lacking on training plans at the moment hence using a combination of the two.

Both work on my relatively old Dell laptop.

You can sign up for trials of both of them to ensure they work on your device.

Thanks Jon, I’m not sure that iPad model 3 is same as third generation. My iPad is running iOS 15.2

Thanks everyone for the prompt and helpful advice

I’m minded to stick with the TrainerRoad

I’m happy now. After updating my iOS to 15.2 I could still not load my TrainerRoad Ramp Test. Then this morning the TrainerRoad app updated and I can run the Ramp Test. Im not sure if this was due to an iOS/app issue or intervention my TrainerRoad tech support. Now all I have to do is stick to the program and try to get fit

Login to Reply
New Topic
Please Register as a New User in order to reply to this topic. 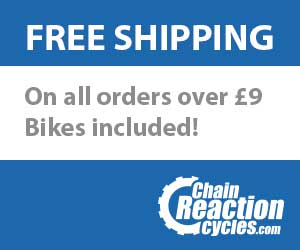