Protective enough to cope with harsh weather, yet sufficiently light and breathable to be comfy when running, Montane's Spine Jacket - named after the brutal ultra race along the Pennine Way - strikes a really difficult balance, making this a great shell for running. It'd also fare well for hillwalking and weight-conscious backpacking, say Rob Greenwood and Bridget Collier.

Slightly off its main intended use, but you did touch on it in the review

For hillwalking, I've always wondered how the durability trade offs work vs 2.5 layer jackets of a similar weight? The 2.5 layer jackets definitely have rather thicker face fabrics (20-30 denier), but obviously lack the proper liner.

Especially non obvious given how often they'll be being carried vs worn. Do 3 layer things cope much better over time with being rolled up and carried about? Can't remember ever tearing a waterproof jacket, trousers yes but there's obviously much more rucksack abrasion than when running too.

Looking to replace my 'warm' running jacket soon (Hagloft Gram comp II, picked up half price in a sale) as it's 6+ years old now and starting to delam. Still useful for lower hills and moderate weather but looking for something newer for more commiting weather. This is the kind of jacket I'd be looking at to replace it. A few extra queries (if you have the answers):

- How has the DWR/beading held up over time?

- How does the material deal with having a rucksack over the top of it over time.

- is there enough room at the back to wear it over a 3L bumbag.

- same question as Qwertilot - how does it deal with being scrunched up in bags (obviously when not in use I'd try and keep it hung up wherever possible) and how small does it pack up?

- What colour does it come in

Rob's away this week but I'm sure he'll respond to these when he's back. He has been raving about this jacket for months now though!

Sorry for the delayed reply. Rather topically, I was up in the North Pennines recceying a load of the Pennine Way, ahead of the Summer Spine later this year.

Tangents aside, here's the answers to your various questions:

- How has the DWR/beading held up over time?

Like almost every jacket these days, it doesn't stand up as long as they used to, as a result of the progressive reduction of PFCs used throughout the fabric and materials, that previously allowed them to bead for a lot longer. As such, you're going to have to wash/re-proof it relatively regularly - especially if you're putting it through frequent use.

- How does the material deal with having a rucksack over the top of it over time.

I haven't found this to be a problem, and have been using it a lot over a 6+ month time frame; however, this is - at least in terms of the jackets overall lifespan - a relatively short amount of time and the wear you'd expect to experience with this is quite progressive, occurring quite slowly over time. Thus far though, after a lot of use, it's not showing any signs of wear, which is impressive given the relatively minimalist face fabric used.

- is there enough room at the back to wear it over a 3L bumbag.

The cut on the Spine Jacket is pretty slimline and having just tried this with my fairly fitted medium, my 3L bumbag definitely doesn't fit underneath. There'd be the potential to size-up, but even then I can't see there being enough volume around the back. On the flipside, I have managed to fit it on over a minimalist running vest, although it was pretty snug, and realistically I'd just try to get it on underneath if I could (however it would work in an emergency).

- same question as Qwertilot - how does it deal with being scrunched up in bags (obviously when not in use I'd try and keep it hung up wherever possible) and how small does it pack up?

It doesn't pack as small as some of the superlight/minimalist models that are out there, but then again - you wouldn't expect it to. That said, for a fully fledged three layer GORE jacket it packs down impressively small. I've attached some pics below, next to a softflask bottle, for context (I could probably have packed it smaller, but it's easier to do that whilst stuffing it into wherever it's going to be packed, but then you wouldn't have been able to see it).

As far as repeated stuffing/scrunching is concerned, it seems to handle it very well on account of its 13 denier face fabric being fantastically soft. It's a very different experience packing an 80 denier GORE PRO jacket, that's for sure!!

- What colour does it come in

It's available in the blue colour I've got on review here, and a much brighter/bolder red.

> For hillwalking, I've always wondered how the durability trade offs work vs 2.5 layer jackets of a similar weight? The 2.5 layer jackets definitely have rather thicker face fabrics (20-30 denier), but obviously lack the proper liner.

This is an interesting question, albeit one which is incredibly difficult to answer, as I suspect it's a case of six of one and half a dozen of another. Whilst you may get a more durable outer with the 2.5 layer jacket, I'm never quite so convinced by the durability - or breathability* - of the inner.

* even with the print, they tend to feel a lot clammier than the textured scrim used within a 3 layer jacket

> Especially non obvious given how often they'll be being carried vs worn. Do 3 layer things cope much better over time with being rolled up and carried about? Can't remember ever tearing a waterproof jacket, trousers yes but there's obviously much more rucksack abrasion than when running too.

My take is that 3 layer jackets are likely to be more durable, because the membrane is protected between that inner and outer fabric, as opposed to exposed like they are within a 2 or 2.5 layer jacket. In terms of tearing jackets, I've torn plenty, although most of these have been whilst climbing, I've torn some whilst scrambling, so I guess it depends on the exact nature of what hillwalking entails for you.

Aware that's a little nebulous an answer, but hopefully it's along the lines of your own musings. Like I said within my opening line - it's a very difficult question to give a precise answer to, but that's my hunch.

Great review but are Gore-Tex just re-inventing the wheel with this material? I have a Berghaus Gore-Tex Active smock from about 10 years ago, sounds like the application of the jacket material is the same, being less durable that the likes of its big brother Gore-Tex Pro. But my question is, what's the difference between this Gore-Tex Active and the same name sake (at least) material of 10 years ago?

Whilst we're all big fans of Gore products at UKC/UKH, one of the things that we're massively frustrated by is their lack of transparency as far as their performance figures are concerned, because they don't actually release any.

As such, it's very hard - impossible even - for me to try to say what the differences are, other than that they are likely to be different, somehow, and I'd hope that the difference is positive in terms of its performance.

For what it's worth, I see the person who'd want a Gore Pro jacket as being someone very different from a Gore Active jacket, with the former being someone looking for absolute, all-out, uncompromising waterproofing and abrasion resistance, whereas the latter is for someone who wants something that little bit lighter, softer and more breathable.

Whilst they're both waterproof, they're both very, very different products. Paclite would perhaps be the the most logical comparison to Gore Active, as it's also designed to save weight, but my experience of Paclite (at least from a few years ago) is that it's no way near as breathable and has a much scrunchier/crinklier feel to it.

I wish I could provide more data on the exact differences, but sadly that information isn't available.

2
New Topic
This topic has been archived, and won't accept reply postings. 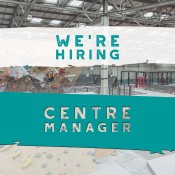