New Topic
Please Register as a New User in order to reply to this topic.
Linda Orritt  UKC Supporter 06 Feb 2022

All books in nice condition and first edition hardbacks, unless otherwise stated. All profit goes to Community Action Nepal. Please add £3.20 postage or I will deliver if possible.

Robin Ashcroft. The Long Routes ( rock climbs in Snowdonia and the Lake District)  £12

Graeme Dingle and Peter Hillary.  First across the roof of the World. From the library of Lyndsey Abbotts.  £13

Tom Greenwood   Memories of Dolphin signed by Tom. No dvd with this p/b copy.   £32

Norman Hardie.  In Highest Nepal.  Signed by Norman. Photocopy DJ but a rare 1st Ed h/b from the library of Josephine Scarr ( his friend and climber)        £170

Dougal Haston.  The Philosophy of Risk. £13

Jules Lines.  Tears of the Dawn. Boardman Tasker winner. Signed twice. Once just ‘Jules’ to his friend and then full signature on the title page. Immaculate £37

Jim Whittaker    A Life on the Edge signed by Jim ( brief dedication) and by Tom Hornbein.  £54

Ken Wilson.     Extreme Rock. The best copy I have seen. Trying to keep it to a reasonable price- £199

The following are £10 -includes postage:-

Steve Backshall   Mountain A Life on the Rocks

Everest by those who were There.   Alpine club booklet for the recent 1921, 22, and 24 exhibition signed by the current AC president Vic Saunders. Brand New p/b

I forgot to attach a photo. Please feel free to ask any questions or request more photos?

Memories of Dolphin ( no dvd)

all now sold. Thank you

Nothing for me this time Linda but it’s an excellent selection of books at sensible prices. Good luck with the sale.

Pat Ament. Spirit of the Age now sold. Thank you

And  Tears of the Dawn

Both Dolphin are now sold. Thank you

Climbing in Britain. Sold. Thank you

and the Hunt/Brasher are now sold. Thank you.

Feeding the Rat sold. Thank you.

Books that are still for sale are:-

I have another EXTREME ROCK in good condition £185

Happy to reduce the other books by £5 as this is the last week of this post.

Extreme Rock ( just added) is also now sold. Thank you so much.

Last few days of this post. I’m amazed that Queen Maudland and The Rhonda Spire haven’t been snapped up. Great books.
(I’m holding a book stall at the Monastery in Gorton, on 22/5 if anyone is in the area. )

Queen Maudland and the Rhonda Spire now sold. Thank you

Many thanks for the book Linda, excellent condition for its age and beautifully packed.

Look forward to the next tranche.

This post expires tomorrow- please email me if there is anything on here or anything else that you’re searching for and I will try and find it for you. Thanks for the purchases. Myself and Community Action appreciate every penny spent. 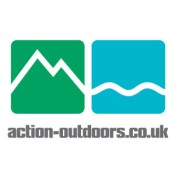