New Topic Reply to Topic
Please Register as a New User in order to reply to this topic.
rogerwebb 09 Oct 2019 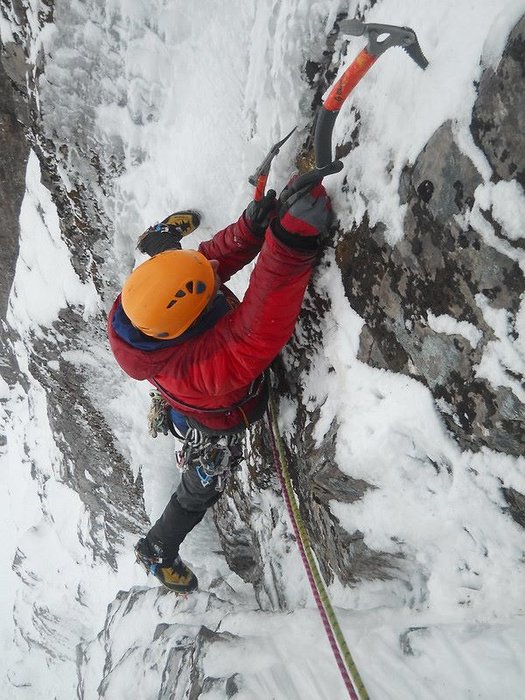 A reflection on the good, the bad and seriously rubbish times with Murdoch Jamieson and Roger Webb.

A journey through some of the wilder winter climbing in Scotland with hard earned advice from both sides of rescue.

Or, alternatively, now you’ve screwed up what next?

A two part event, Murdoch will hope to inspire with pictures and talk of northwest climbing, Roger will try to give good information and advice on the issues of communication, response time and improving your own prospects if things go wrong and you need a rescue team.

Murdoch (Punter) Jamieson started climbing when he was 16 and is one of Scotland’s finest winter climbers with a string of new routes and repeats throughout the country including Godzilla IX,8 Beinn Bhan, Wailing Wall IX,9 An Teallach, Root of all Evil IX,8 Ben Eighe, Rudolf  VIII,9 Ben Eighe.

Murdoch is a member of Dundonnell Mountain Rescue Team.

Roger Webb also started climbing at 16 but in a different generation. He has done a fair few ascents in the more obscure parts of the country including Land and Freedom VI,8 Suilven, The Sea, The Sea VII,7 Slioch, The Great Game VII,7 A’Mhaigdean , Wild West VII,6  Ladhar Bheinn.

Both Murdoch and Roger have been on the wrong end of rescues.

Wish I could be there, should be an entertaining evening!

It seems to be very informative but i live quite far. Love to join .

You should take the show on tour down south (and just about everywhere is south of Inverness)! Personally I hope to hear you've announced a Sheffield date at some point!

News 8b Onsight by Molly Thompson-Smith

Molly Thompson-Smith has become the first British woman to onsight 8b with an ascent of Odysseus at Götterwandl in Tyrol, Austria.

Digital Feature The Finest Crags in the UK & Ireland: Curbar

Product News History of EDELRID and some key products