Share
Reviewed by Theo Moore UKC 20th November, 2018
This has been read 9,518 times
Price: £150Brands: Outdoor Research
Share
We receive free products for review from brands, many of whom advertise on the site. We work on strict condition of editorial independence, and no guarantee of endorsement

The Helium II jacket is well named. This ultralight shell (which weighs just 175g in size M) is ideal for weight conscious activities such as hill running, lightweight walking and backpacking, or for throwing in your crag pack just in case...

Both men's and women's versions are avaiable. The fit of the jacket is suitably snug for a 6ft man wearing a size medium, though it's fair to say that a larger size would have been too big on me. It's in no way restrictive, and being a bit snug is great as it reduces baggy flapping in the wind. A lightweight jacket like this is designed to be worn over only a couple of thin layers; it's not sized like a winter mountain shell, because it isn't a winter mountain shell! The closer cut feels better for running too. It's quite short in the body, coming half way down my hips, and it does lift slightly when I raise my arms; however that's to be expected in a shell that's not cut for climbing.

It's nice that the Helium II sizes as expected: as Outdoor Research is a US brand the sizing can occassionally be a bit on the large size. The fit can also be tailored with the cinches at the waist and hood to really keep out the wind and rain when needed. The benefit of the elastic cuffs is lost slightly as the cuffs are pretty baggy - you'd have to have some beefy forearms for them to be tight!

This is a very minimalist piece, so unsurprisingly there isn't a huge range of features to talk about. For example, there's only one external zipped pocket on the chest, handy for valuables or a snack bar to keep you going on a long run. The lack of hand pockets isn't a big issue as, if you're wearing this jacket to save weight, you don't want be weighing yourself down with unnecessary clutter, and it isn't the kind of jacket you wear to stand around with your hands in your pockets! The only other pocket on the jacket is the velcro pocket which the jacket stuffs into on its inside, well concealed just above the hem. When stuffed the jacket also has a small loop for a carabiner to attach to your harness.

The hem and hood both have volume adjusters. The hood itself provides nice coverage up to the chin, around the side of the face, and above the head with a peak. This is good as this jacket is best suited to keeping out the wind and rain at short notice and, as the materials of the jacket are minimalist, having this extra bit of coverage does increase the protection the jacket offers. The hood is also helmet compatible - not that you'll want to be climbing in this shell regularly. The YKK AquaGuard zips do a nice job of ensuring that no water gets in.

It's worth talking about just how compact the Helium II jacket is when stuffed in to its pocket. It's roughly the same size as my fist, which means it's ideal for sticking in the lid of your racksack for 'just in case'. In fact, I've been carrying it around with me for a while now, safe in the knowledge that I won't get caught out in the event of a shower. Due to its minimal size and weight you hardly notice it. It's also been the perfect companion to my Outdoor Research Transcendent Hoody. It fits perfectly in its inner glove pocket and, as the Transcendent is a down jacket, it's always nice to have the option of some protection if the heavens do open.

Made from 2.5-layer Pertex Shield+ fabric, the Helium II is both fully waterproof and highly breathable. I've found it comfortable and reasonably unsweaty when running, for instance, which is always a test of a shell's breathability.

The jacket's strength is its minimalism: as my size M weighs just 175g and packs down to a tiny size it's ideal as a 'just in case' piece to keep in the rucksack, whether walking or climbing. It has also proved ideal as a protective shell for running and fast-paced activites. The Helium II's minimalism is also its limitation: it's obviously not a beefy shell and whilst it's going to keep the worst of the wind off you and repel any showers, expecting it to keep you feeling well protected in really stormy conditions would be misguided; for that you need a thicker, heavier-weight shell.

In addition, as its 30 denier fabric is so light and thin I wouldn't wear it to scramble or to climb a route in. It'd be great to keep on your harness in summer in case it started chucking it down at a belay, but I think the jacket could easily be ripped by a rough piece of rock whilst climbing.

You'll find marginally lighter shells, and some that are cheaper - but not many that are both. The Helium II is an excellent emergency waterproof and windproof that is nearly up there with the lightest, and includes enough features to do what you want and nothing more. The Helium II's minimalism means that it's not a heavy duty winter-worthy jacket, and it certainly doesn't try to be, but if you're looking for a packable shell for running, or something to keep in the rucksack or on your harness in case of summer rain, then this is a great option.

Built for flash-storm protection, the 100% waterproof, super- breathable Helium II weighs an incredibly light 6.4 ounces. An ultra-compressible piece you'll never leave behind, it's so light and packs down so small you'll forget it's clipped to your harness until you throw it on to ward off a sudden mid-route downpour. 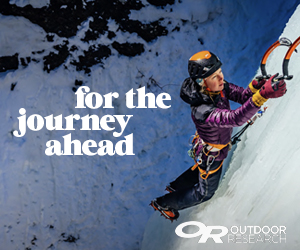 Rab's Kinetic Alpine, the hardshell that feels like a softshell, has been given a makeover to make it more durable, with features better suited to climbing and scrambling. Rob Greenwood and Penny Orr check out the new men's and women's jacket and...

Rab's Kinetic Alpine, the hardshell that feels like a softshell, has been given a makeover to make it more durable, with features better suited to climbing and scrambling. Rob Greenwood and Penny Orr check out the new men's and women's jacket a...

Named after Iceland's northernmost peninsula, and made from top-of-the range Gore Pro, the Hornstrandir is 66°North's premier...

Weighing just 100g (size Medium) the Podium really is light, says Rob Greenwood, with a minimalist pack size that will likely take up...

Featuring Pertex Shield Pro fabric, which is soft, stretchy and highly breathable, the Keele Peak is a...