Share
Reviewed by Dan Bailey UKH 1st August, 2022
This has been read 3,285 times
Price: £90Brands: Deuter
Share
We receive free products for review from brands, many of whom advertise on the site. We work on strict condition of editorial independence, and no guarantee of endorsement

Deuter may be known for their solid, well-designed packs, but it's fair to say that they haven't had a reputation for making light ones. Two ranges - one completely new, the other significantly revamped - should challenge that. At the smaller end of the scale there's the running-oriented Ascender, a model we'll also be reviewing this summer. Here I'm looking at the Speed Lite. Light, cool and comfortable, it's great for walkers, but still keeps a foot in the running camp thanks to its broad body-hugging 'vest style' straps.

The Speed Lite is available in a number of sizes, from a compact 13 litres to a roomy 30. While the smaller packs in the range are zip entry, the higher capacity models, 30 and 28 SL (the shorter back length version aimed at female users) have a lid. If you're going light and compact then I think a zip is more attractive, and as a fan of longer days in wilder places, which generally require a bit more stuff (not to mention the camera equipment required of a gear reviewer) I went for the largest zip-entry model, the Speed Lite 25 (women's equivalent is the Speed Lite 23 SL).

The range is an adapatation of a previous Speed Lite pack, the big change (and major improvement to my mind) being the adoption of a carrying system modelled on running packs. As a small rucksack for summer hillwalking and scrambling - and even, at a pinch, running - I think it's fantastic, and I only have one complaint (of which more later).

At 750g (Deuter say 710g) the Speed Lite 25 weighs a fair bit less than other packs of a similar capacity from the brand, and while I wouldn't say for a minute that it rates as ultralight, it does compare pretty well with equivalent models by other manufacturers. For that weight you're getting something really well made, with plenty of features, and - by the standards of a smaller pack - a solid and supportive back system. The 140D ripstop fabric feels pretty tough, with reinforced areas where you're likely to get the most wear; its plastic components are of good quality, while the internal frame is made of a super-durable bendy plastic called Delrin. All things considered I'd expect this pack to last well, and if so then its premium price tag would represent good value.

Its comfort is one of the Speed Lite's strong points, and something that I think more than makes up for the fact that it isn't notably light. The broad running vest-style shoulder straps and hip belt hug the body, giving a close and comfy fit with minimal bounce when you're jogging along. I don't generally like deep padding on a rucksack, and Deuter have made it sensibly minimalist here. Thanks to their thinness, and their form-fitting shape, the straps offer unrestricted arm movement, and whether you're walking, running or scrambling the pack feels well balanced and unobtrusive. With loads of perforations, the harness is highly breathable, and so too is the back panel, making this a nice cool carry in summer weather - something I really appreciated during the recent heatwave.

With top load-adjustment buckles, and effective side compression straps, the weight can be pulled in nice and close even when you're carrying a half load. A small but brilliant detail is the fact that the sliding sternum clip is lockable, so it won't creep up over the day as some can. Many running vest style carrying systems have a couple of chest clips, but thanks to the overall fit of the harness I don't miss a second one here.

At 183cm/6 foot tall, and with a fairly long back, I find most smaller day packs too short, which generally means that on me the hip belt is redundant at best. The Speed Lite 25 is a bit longer than the average, and the hip belt sits in more or less the right place, not only holding the pack still on my back but actually taking a bit of the load. Anyone much taller than me is likely to be disappointed on this front, but then they'll be used to that since small packs with a long back seem to be as rare as Prime Ministers with gravitas. Shorter users might like to try the Speed Lite 23 SL.

Pack designers are often guilty of needless complication, but while there's quite a lot going on here, the zip-entry Speed Lite manages to feel functional and uncluttered.

On the outside, a large stretch mesh pocket gives you a handy place to stash a shell or a map for quick access on the go; you also get a stretch pocket on each side, both big enough to hold a 1 litre bottle. All these stretchy panels sit flush to the pack, so they're neat and unobtrusive when not being used. The twin side compression straps are a decent length for strapping bulky items on - a rollmat for instance, if you were going for a super-minimalist overnight - and to that end it's good that they both have clips rather than just a slider. Two pole retainers can double as ice axe attachment points, boosting the Speed Lite's seasonal remit, while a couple of external daisychains give you somewhere to clip things like a helmet.

A typical running vest will have a stretchy pocket for a soft water bottle on each shoulder strap, but while the Speed Lite's harness is modelled on a vest this very useful feature has not found its way onto the pack. I find this an annoying omission since it's my preferred place to carry water on a running pack. Instead you get a narrow stretchy sleeve on one side; designed to help secure your sunglasses, I've found it more useful to hold a phone, but sadly it's too tight for water. A zipped pocket on the other shoulder is officially the place for electronics, but its long vertical zip feels insecure and makes it pretty useless for holding anything small and loose like snacks. Down on one side of the hip belt is a more conventional stretchy zipped pocket - and this is where I keep my jelly babies. The opposite fin of the hip belt has no pocket, but since it wouldn't affect breathability I think it probably ought to.

Inside you get a separate zipped valuables pocket, with the obligatory key clip. There's also a spacious water bladder sleeve. Some people don't mind being festooned in tubes, but if possible I prefer not to be, so for me it's a shame that this is the only option if you want to drink on the move without having to stop and take the pack off.

Deuter is a member of the Fair Wear Foundation, an independent verification initiative cooperating with companies and factories to improve labour conditions, especially in low-wage countries. For many years the company has also used a single factory in Vietnam for all its production - an unusual commitment in an industry that tends to make stuff all over the place, and a model that arguably makes it easier to ensure high production standards and levels of welfare.

Made of 100% recycled fabric, bluesign-certified and PFC-free, the Speed Lite is relatively light on the environment too.

This is a fantastic small day pack, and though it's aimed primarily at walkers it'd also work well for scrambling, mountaineering and even - at a push - running (perhaps run-walking days rather than pure running). While reasonably light, it's still supportive and sturdy, with a well-made feel that I think justifies the price tag. I'm really not sold on the shoulder pockets, and would much prefer to be able to carry soft bottles here, but the other features are well thought-out and functional. What really sells the Speed Lite range is the running-inspired carrying system, which offers a form-hugging, breathable and extremely comfortable fit that makes using it a real pleasure. 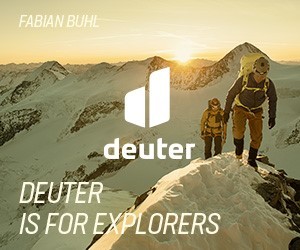 Based on Deuter's popular Guide, only much, much smaller, the Climber is a real rarity - a proper mountain pack that's aimed specifically at children. Comfortable, durable, and well-designed, it makes a reviewer's life too easy, says Dan...

A Mondeo of the rucksack world (but in a very good way), the Sirac is a comfortable, durable, no-nonsense backpacking pack that's ideal for weekend or longer trips, says Fliss Freeborn.

It may be overkill as a simple crag pack, says Toby Archer, but this fully waterproof zipped rucksack from German luggage specialist Ortlieb would excel in a variety of soggy uses from wet weather backpacking to packrafting.

Based on Deuter's popular Guide, only much, much smaller, the Climber is a real rarity - a proper mountain...

This light trekking pack is aimed at the weight-conscious backpacker, and it's well suited to a night or two out on the hills, says...

Carrying a heavy trekking pack is never exactly a pleasure, says Dan Bailey, but with the Katmai it comes close.

Compact, simple, lightweight, tough as old boots, and pretty much fully waterproof, the Black Ice 30 is a great little technical...