Yesterday we reported that Steve McClure had made the first ascent of the headwall project at Nesscliffe. Steve named the route Greatness Wall and graded it E10 7a. The project has been attempted by Nesscliffe legend Nick Dixon and has since seen attention from Ed Booth and most notably James McHaffie.

Steve told UKC a little about the route: 'The line is stunning if you can call it a line as such - more of a blank wall. Nesscliffe is all about lines and walls, immense corners and aretes and the walls between. There are few crags that can match the line appeal of Nesscliffe. It truly is a great crag, unusually ignored by most UK climbers.'

The route itself is an 18m face climb with a horizontal break the crosses the whole cliff at 12. The bottom wall is around E6 and features pockets and sidepulls. Fortunately, this section is well protected by Dragon Cams.

'It's just hard enough to leave you very slightly pumped before things turn much harder! The break is protected with an excellent (preplaced) thread. From the break to the top is pretty relentless with a line that weaves left and right to form a desperate path through a collection of really quite poor sloping sandstone edges. There is nowhere to stop or think or compose yourself as you gain distance from the lonely thread below. That thread that seemed more than adequate, now looking very far away indeed. The moves are total wall climb; poor footholds with fast hand moves between the bad edges, hard foot swaps, where if your feet go you are absolutely certainly out of there!'

Steve was first told about the project a couple of years ago by Nick Dixon and it sounded like his cup of tea: 'a headpoint route of high difficulty, just my style, with a bunch of spice but not death!'

James McHaffie had been trying the route and came very close before falling from the very last move. He took the ride down the whole length of the wall and was very lucky to escape with a broken helmet and a few bruises. See the video below:

As to whether there was any competition or rivalry to finish the route, Steve said: 'There has been a lot of effort and interest, but it's an open project. Caff put in a chunk of effort and probably came up against some bad luck. I'd have preferred it if he'd done it first. Personally, there is no competition from me at all, absolutely none whatsoever. When I find a route as good as this, I just want to climb it, and take on the challenge; the difficulty, the control of fear. I wasn't after a first ascent, just an ascent.'

Read more
In total, Steve had three visits to the crag to climb the route. After initially trying the route on a self-belay device, he felt close enough to attempt the lead but 'backed off a while to give those trying a bit more chance. More recently I was given the green light to try. I'd been grabbed by this challenge, and so psyched to get stuck in. But really there was no time to spare. Conditions really count there. The sandstone soaks moisture and loses all its friction if warm! Hard stuff in summer is a big ask!'

The bank holiday arrived and thankfully the crag remained dry despite rain throughout the country. There was a pleasant breeze and conditions were as good as they can be in May.

'The headpointing game is a tricky one. It's a balance between the danger element and how close you are to your limit. On a sport redpoint, you'll try when there is only a 10% chance because a fall is no problem. If it's a death fall headpoint, personally, I'll be looking at a much higher per cent chance of success (like 100!). When it's not fully dangerous it becomes blurred. How much margin of error is acceptable – what are the chances of hurting yourself? How much will you hurt yourself? You juggle with the balance, trying to make it fit with drive and desire. I'd taken the fall from pretty high, came away with a sore back and a bruised palm, but it was nothing compared to a lob from the final move. But Caff had survived it fine, surely I would too. I'd not dropped the last move once on top rope, but then I'd probably only done it 5 times – was that enough?'

With raindrops in the air, Steve convinced himself it was game on and didn't hang about:

'Halfway through the crimpy wall I felt that first tinge of fatigue; something new I'd not had up there. Footholds seemed to be worse, foot swaps more difficult. It has to be so precise though, any mistake and you are out of there. I focused on the hands, feet feeling on the limit of friction. And then I was into the final move.'

The final move is a full stretch from toe to tip and body tension throughout is essential. The high left foothold is the size of half a thumbnail ('a small person's thumb!') and the monster fall looms beneath.

'I did my calculations and decided it was about a 70% chance of success and not much chance of hurting myself, which in retrospect was way too optimistic, probably in both respects.

'My feet went up in the wrong order but there was no way to fix that; fully committed, I pushed into the final rockover, only to stop short a few inches, my body may be in a slight curve as opposed to the essential straight line. A momentary panic and an adrenaline-fuelled extra press on the crimp got my fingers tickling the edge and an absolute heart-stopper when I absolutely believed I was about to fall, before a final udge to three inches of flat sandstone and the final metre of easy climbing. This was as close as it gets! The ultimate headpoint experience! I guess the closer it gets to the limit the better. If it's easy you almost feel let down, though this was possibly a bit too close.'

Nick Dixon first looked at the headwall project around 7 years ago and would occasionally abseil down it with Ed Booth in an attempt to piece together the moves. Nick told UKC:

During that time other good climber people had a look at it like Ed, James Pearson, Dave Birkett and several others. For the last three years, it has been a realistic project for me but possibly just a bit too hard I think, especially when adding in the easier climbing up to get into it. I've probably had about 30 occasions on it on the top rope, sometimes serious, sometimes just filling time.

''I spoke to Steve about the project about a year or two ago and I think Caff had spoken to him about it more recently, encouraging him to have a go. Steve's ascent is magic for Nesscliffe and really inspirational. I am really pleased that Ness now hosts one of the UK's top difficulty routes. Mega.'

Not content with an E10 in the bag, Steve went on to flash Nick's route Une Jeune Fille Quatre Vingt Dix Ans (E8 6c). The route is relatively safe but around 8a in difficulty. Ed Booth brushed the holds for Steve and before he knew it he was tied in and ready to lead: 'Climbing is so transient. We move on so fast. I guess it's because climbing is so addictive, so good, so different. We don't stop and sit happily polishing our trophies, we just chuck them in a cupboard and get involved with the next. And a good call, this route was brilliant, fully absorbing, hard and technical, but without facing a massive drop down the cliff. I enjoyed it as much as Greatness Wall.' 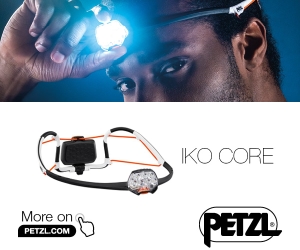 By this time tomorrow, climbers in England will be back in indoor walls, albeit in very different circumstances to when they left. In this film below, we look at how the Association of British Climbing Walls were able to provide advice, strateg...

Steve McClure recently bolted a striking line up the side of his house in Sheffield. His endeavour attracted the attention of ITV News, who reported the ascent to the nation as part of a segment on athletes training at home. A few days...

Steve McClure has made the first onsight ascent of Steve Mayer's Nightmayer E8 6c on Dinas Cromlech in the Llanberis...

When Steve McClure attempted to rope-solo a route in Malaysia this summer, things didn't quite go...

Below we have the film of Steve McClure climbing GreatNess Wall (E10 7a) which was filmed by Keith Sharples. He was going to take pictures but thought a fall from the last move would look far better. Fortunately for Steve, he climbed the route...

Steve McClure has made the first ascent of the now infamous headwall project at Nesscliffe naming it GreatNess Wall and grading it E10 7a. The route has seen a great deal of attention recently, most notably from James McHaffie who...

Glad James got away with that fall too, I think I'd need to change more than my helmet after that one!

Nice one. Presumably other cams would also protect the lower half! - But not the upper as demonstrated on the video - glad nothing worse than bruisers and broken helmet.

Impressive ascent. I can't get over how humble Steve is; the fact that he felt ready to give the lead a go but waited a while to give others a crack at the FA... top Bloke!

More impressive is that he climbs E10 7a and still eats pasties :-)

Isn't it great that climbing is a sport/activity where punters and elite performers are not separated by fame.