UKC/Rockfax were recently able to make donations to bolting activities in a couple of the areas covered by Rockfax guides. Money from the sales of the North Wales Slate guide has been channeled towards the North Wales Bolt Fund and we have also donated to two active groups of bolters in El Chorro from the proceeds of the Spain: El Chorro guide.

Ex-pat Chris Miller sent some photos of his bolting work. We also gave a similar amount to Asociación Andaluza de Escaladores to support their work.

Thanks to all who donated direct via the Point of Sale facility on the Rockfax online ordering.

You can find out about all the donations made by Rockfax here.
Share: 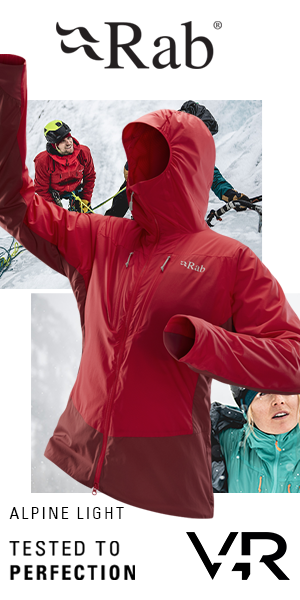 It's great that Rockfax have made donations to some bolt funds. Is there anywhere where you state how much money you donated to these funds? Are regular donations made to the bolt funds of areas covered by the Rockfax catalogue? Perhaps proportional to the sales revenue (or no. of downloads) from guides describing those areas?

Apologies if these questions are already answered elsewhere. I had a quick look on the RF donations page and couldn't find the answers.

The standard method we use is to pay around £1 from each of the initial book sales of new books to the appropriate local bolt fund. If you dig into those articles you can find quite a few pound figures - https://www.rockfax.com/news/category/donations/

When we originally set up this system we capped the amount to around £2000 per area/BF, but kept the £1 donation per book sold online going for the full print run (since we make more money on those). The figures aren't precise though since occasionally we have chucked a bit more in and also occasionally funded individuals who do specific re-bolting work. So far we haven't linked anything to the digital sales since those haven't been significant enough until we went to subscription last month, so it does need looking at.

This has worked well in the UK where areas have organised bolt funds with PayPal pages and we have given a lot in North Wales, Dorset, South Wales, Yorkshire, Cumbria and I also chuck a fair amount at Gary Gibson's fund page. We have also recently targeted environmental projects from non-sport books like the paths around Portland from Dorset Bouldering, and now hopefully the bridge at Harrisons Rocks by working with the BMC ACT.

In Spain and France it is much more difficult to arrange. Most of the areas don't have public bolt funds, and the concept of climbers donating to bolting is fairly alien to them. I never really understood why they make a thing about guidebooks funding bolts in these areas but seemed to put little effort into getting the public to help with the funding. PayPal funds don't really exist, there are few rattle tins, and little text or explanation in guidebooks about how bolting is funded and how readers can help.

I recently had a very revealing conversation with Pedro Pons and Nuria (Chullila) where he explained to me that the system of public donation just doesn't seem to get traction in Spain (and France I suspect). He told me the story of the rattle tin they had at their refuge for 6 months and, in the end, it had €23.50 and 20 of that was a single donation he witnessed from an American climber.

So in order to actually contribute in Spain and France we have had to take a different avenue. In Mallorca, working with ex-pat Derek Watson, we arranged for around £1500 bolting materials to be bought but the whole process to around 18 months and lots of emails (not Derek's fault). In the Cote d'Azur, Mike Owen has put us in touch with some locals and we have made a few decent donations of around £1200 so far and this is ongoing and we will keep it going through the life of that guidebook (ie. not cap at £2000). This does indicate a problem though since the donations there are only going to one of the areas covered in that book. In El Chorro we are in contact with two groups of active bolters as mentioned in the article with this thread. Donations are around £1800 so far and ongoing for the life of that book. We have also helped establish a PayPal system in conjunction with the Olive Branch.

I have been in touch with bolters in two areas in Haute Provence - St. Leger and Dentelles de Montmirail - and offered them money and help with communicating the bolting message. They have been friendly and cooperative but have so far not accepted any money despite at least two years of trying.

Kalymnos is a whole different ball game with some bizarre politics going on. Our one-off donation last December of £1500 to the Glaros BF probably pissed off as many people as it pleased, but we are confident that the money went into bolts.

So that is the picture. It is all a bit ad hoc and there are areas like the Costa Blanca where we certainly need to put some work in, but I think we do our bit now. Hats off to Adrian Berry who was the driving force in getting our system going.

Thanks Alan, sounds like there's some good work going on. Very depressing to hear the tales from the continent - it all seems a bit backwards.

Apologies if this seems like prying for the sake of trying to find some fault, but do you continue to make donations once a publication is beyond its first print run or edition? And what would the size of a typical print run be (I'm trying to think about the £2000 cap in the context of how big the run is).

Well, as mentioned above, we have don't cap the donations for non-UK books any more. We never really established any payment channels before this anyway so the cap thing has only ever really been for UK books. I also said that we continue donations based on our direct online sales for a full print run - again, only UK books so far.

We would regard a complete new edition as resetting hence start donations again. The Cote d'Azur donations are based purely on the 2017 edition. However, because of the difficulty in paying to appropriate funds in Spain and France, the amounts we pay have become separated from the print runs in most cases, but I do try and look at local funds when publishing a new book. El Chorro is an example of this working really well recently, although that is connected to the book sales.

Actually I should clarify my comments. I don't think that bolt funding is backwards in France and Spain, I just think it is a different system. It clearly works in most places since there are lots of well bolted routes. I have my reservations about the quality and availability of local guidebooks it leads to but I also don't think that better produced international guidebooks have much effect on the system.

The main thing I take away from my struggles to actually contribute financially to the bolt funding in some areas is just confirmation of my theory that this debate has never really been about actually funding bolts. It is about localism and who has the right to document information in their own areas - climbers resent outsiders covering their climbs. It is understandable but it isn't going to stop us producing our books since I think that the climbing community itself is better off for the things our more professional approach allows us to develop.