19-year-old Bangor-based youth Kieran Forrest has made the fourth ascent of Jerry Moffatt's Liquid Ambar 8c+ at Lower Pen Trwyn, North Wales. First climbed in 1990, the route was originally graded 8c and had subsequently only been repeated by Ben Moon and Pete Robins within the last 30 years.

Kieran is predominantly a competition climber and a member of the GB Climbing Team. However, as the son of climbing parents, he's no stranger to real rock. He told UKC:

'I started climbing at a young age - I was always dragged to the crags. At the age of 9 I saw the light and started to drag my parents climbing with me! Although competitions have been my main focus I have always climbed outside in Europe and locally in North Wales.'

Kieran first became aware of Liquid Ambar at age 14, when he saw a photo of Jerry Moffat on the line from back in 1990, but he also had a more personal connection to the first ascensionist to inspire his attempts. Kieran commented:

'After attending the same school as Jerry Moffat, I thought it would be cool to follow in his footsteps. Plus, it is just an awesome route!'

Requiring just six sessions to redpoint the line, Kieran made the second-quickest ascent to date after Ben Moon required only five sessions in 1991. However, two of Kieran's sessions were in his early teens. He explained:

'I got completely spat off. But it was enough to make me want to come back one day. So, this year I put four sessions in. In my first session, I managed all the moves and then it was a matter of putting it all together. I made progress with each attempt and was lucky to have excellent conditions for the last sessions. A rarity at Lower Pen Trwyn!'

When asked why he thinks the route receives so few ascents - but not necessarily little attention - Kieran responded:

'The other ascents have been by absolute legends in climbing. It can give the impression that a route might be beyond reach. It's also not the most accessible route, with it being a tidal crag, plus it's renowned for seepage and soapy rock – so conditions need to be perfect. Everything has to fall into place.'

'It's also worth mentioning that there are some really strong climbers out there working it - I think it will get more ascents soon.'

Liquid Ambar is described by Rockfax as 'Jerry Moffatt's ultimate power-endurance route of the 20th Century', which remains 'a sought-after tick.' Kieran described the climbing as follows:

'In fact, there are no rests. It's a great route in that it's really varied. It starts off vertical with some balancey moves leading into a steep roof. From about two clips up it is a real fight - powerful moves and some technical footwork are needed to work through this section.'

On combining his passion for competing with hard rock ascents, Kieran hopes to maintain a high standard in both disciplines. he told UKC:

'I do love to compete and being on the GB Climbing Team has been a really important part of my life growing up, and I still have goals I want to achieve competitively in Seniors. I also think the discipline of training focuses you on improving technique and strength which has allowed me to get onto routes like Liquid Ambar. But I am psyched to climb outside more and I've got other routes in mind, so it's about getting a balance.' 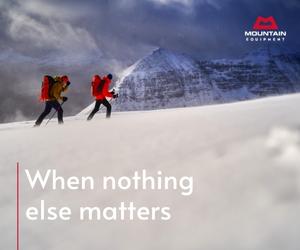 Bangor-based Kieran Forrest has ticked Malcolm Smith's 2004 Parisella's Cave testpiece Pilgrimage. Fresh from success on Liquid Ambar, the 19-year-old competition climber has shifted his focus onto rock in the past couple of months, with considerable success.