Mat Wright has climbed Serenata (Font 8C) at Impossible Roof, near  Roche Abbey - his first of the grade. He has spent three seasons working the problem whilst ticking off other hard boulder problems and sport climbs in the Peak District.

Serenata is an alternative finish to Serendipity, a climb that Mat ticked last December - his first Font 8B+. The 8C revolves around a heinous undercut in the roof and perform a big cross over from the poor hold. The rest of the problem features some perfect limestone slopers. Mat described the problem:

'The rest of the moves are absolutely incredible, slapping between these immaculate holds, they feel like they've been weathered perfectly to fit a climbers fingers with ripples for each finger to sit into. If any of the holds were to change, it would be impossible!'

After spending some time concentrating on bouldering and rapidly climbing through the grades, Mat decided to invest some time in a 'proper hard boulder.' He gave us a rundown of his history on the problem:

'I decided to try Serenity (8B). This was the first time I really began to approach the limit of my power. I was intimidated and almost felt like I was silly for wanting to try something as hard as this. I persevered and over eight sessions, I strung together this perfect boulder, which became my first 8B boulder. This suited me a lot and I figured that I had no chance of getting near to the sit start, Serendipity. I spent the next 8 months or so sport climbing at Raven Tor where I climbed my first 8c route, 8c+ route and had a dabble on Hubble. I also occasionally went back to Impossible Roof to try the sit-start.'

NewsSerendipity (Font 8B+) for Mat Wright

Mat eventually climbed Serendipity, despite his lack of confidence. The problem adds around Font 8A into Serenity on thin undercuts. Crucially though, the problem was a stepping stone to his first Font 8C: Serenata. He spent time getting the Font 8B+ 'rewired' and perfecting the moves on the top section and slowly began doing longer and longer links.

Comparing the climbing to Hubble (one of Mat's recent ascents), he believes it wasn't too much harder but with the caveat that the two are wildly different:

'I guess it's the hardest piece of climbing I've ever done! Though for me, I feel like this wasn't that much harder than Hubble. This suited me, Hubble didn't. My approach to hard climbing varies with what climb I'm trying. Each climb is different and tactics have to be adjusted to suit your strengths and weaknesses. For Hubble, I had to get stronger and this, I had to put the time in.'

Serenata was first climbed by Magnesium Limestone aficionado Mike Adams. It has since been repeated by Ned Feehally, Dawid Skoczylas and Will Bosi.

For the next year, Mat has quite rightly set himself some big goals. He's moving to North Wales where he wants to climb the hardest routes on the slate, such as The Meltdown and The Very Big and the Very Small, as well as getting stuck into  Lower Pen Trwyn. Further afield, Chris Sharma's iconic route Biographie at Ceuse is his main goal, one which must look like it's getting closer. 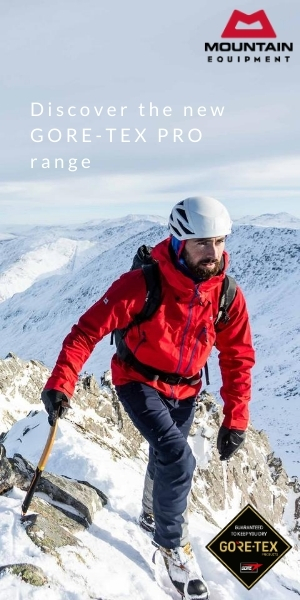 Mat Wright has climbed Hubble (9a) at Raven Tor in the Peak District. The 22-year-old first tried the route at the beginning of 2019, but couldn't do the moves and decided to leave it until he was stronger. Since then, he has ticked many of the hardest routes at...

Serendipity (Font 8B+) for Mat Wright

Mat Wright has climbed Serendipity (Font 8B+) at Impossible Roof near Roche Abbey. The problem was first climbed by Dan Varian as a sit start to Mike Adam's Serenity (8B). Mat climbed the stand back in February, which was his first 8B.

21-year-old Mat Wright has climbed Evolution (8c+), Devolution (8c) and Mecca Extension (8c), all at Raven Tor. The Walsall based youngster had been attempting the rarely repeated Evolution since last year, although believed he wasn't quite strong...

That's awesome. He has made a lot of progress recently. Looking forward to hear how he gets on in Wales on both the slate and limestone.