From a dusty gym in Tyumen to the summit of Annapurna I, this week's round-up is truly multi-disciplinary...

Sheffield-based Jim Pope is on top form and has recently managed to flash an E8, make the first ascent of a new Font 8B and repeat The Boss at Yarncliffe.

On the grit, Jim has put up a new problem at Howshaw Tor called Bloodhound, which takes the direct line up the face from Hare Today Gone Tomorrow (f8A). He described the problem as 'the best climb I've put up so far,' and graded it Font 8B. Jim also managed a repeat of Ned Feehally's The Boss (f8B+) (Font 8B) at Yarncliffe in an hour. This follows several repeats after a hold changed on the problem. He's certainly not finding climbing very difficult at the moment...

Olympic-qualified Speed specialist Iuliia Kaplina (RUS) ran a time of 6.82 seconds at the Russian National Championships in Tyumen three days ago, beating her previous personal best and World Record of 6.964 seconds, which she set at the IFSC European Championships in Moscow last November. Although the time seems to have been accepted as a Russian national record, the time is not eligible for an official World Record as the wall is not certified as an official Speed structure. Kaplina is a ten-time Speed World Record holder.

Oscar-winning climber Alex Honnold has been exploring his home stomping ground of Red Rocks in Nevada. Having ticked three of the area's classic multi-pitches - Cloud Tower (11 pitch 5.12a (in Alex's opinion)), the Original Route on the Rainbow Wall (14 pitch 12a), and Levitation 29 (10 pitch 11c) - in one go over 11 hours, Alex continued to scramble and climb big links in Red Rocks, but ultimately got a became bored as the routes weren't challenging enough for him. Yesterday he posted: 'I'd been hoping to do a big traverse of the range but yesterday I decided I don't quite have the fire for it this season - getting too warm and I'm getting tired of scrambling up and over easy mountains. I found myself fantasizing about limestone sport climbing while I hiked...' 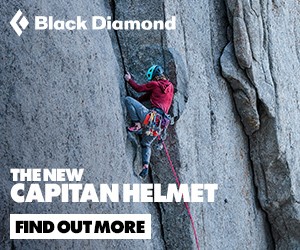 The 2022 British Lead Climbing Championships took place at Awesome Walls, Sheffield, last weekend. A mix of new and previous champions along with some impressive family feats made for an exciting event.

In this week's episode of The Ticklist, Rob Greenwood recounts the action from last weekend's fiercely contested British Bouldering Championships. Both of last year's winners, Emily Phillips and Max Milne, were there to defend their titles against...

The Rab Climbing Works International Festival (CWIF) returned over the weekend after a year's hiatus and there was a...

After a year's hiatus due to you-know-what, the Climbing Works International Festival (CWIF) returned...

leon 1
30 Apr, 2021
Might be worth mentioning in that report that although 68 people summited Annapurna (WTF !) with fixed rope all the way even more disturbing is that a helicopter was used to resupply to Camp 4 @ 7000 m.