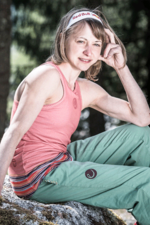 Angela is undoubtedly one of the best sport and competition climbers of all time. She has won four World Championships, one European Championship and three World Cup seasons. Her other 9a redpoints include Era Vella at Margalef, Spain, Big Hammer at Pinswang, Austria and Hades at Götterwandl, Austria. 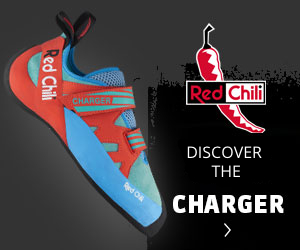 Austrian climber Angela Eiter has redpointed Adam Ondra's Pure Dreaming in Arco, Italy. This was Angela's fourth 9a or harder. In 2017, she became the first woman to climb 9b with her ascent of La Planta de Shiva at Villanueva del Rosario, Spain.

On 22 October 2017, Angela Eiter became the first woman in history to climb 9b by repeting Adam Ondra's La Planta de de Shiva at Villanueva del Rosario. At a time when only two women have climbed 9a+ and only a dozen (between 10 and 17) or so men...

Newsflash Another 9a and 8c+ for Angela Eiter

Austrian climber Angela Eiter has climbed her second 9a and another 8c+, bringing her ticklist total for 2014 to five 8c+'s and two 9a's. This is considered to be the most impressive annual ticklist for a female sport climber in history.

In October, Austrian climber Angela Eiter made the first female ascent of Zauberfee, 8c+ at Eremo near Arco, Italy....

News 9a and 8c+ by Angie Eiter

Whether you're approaching a mountain crag or out on a scramble or via ferrata, an approach shoe will be lighter and more nimble than a boot, yet more supportive and technically capable than a running shoe. In this group test we check out ten models from big brands.

We're just back from the annual summer gear-fest that is the OutDoor trade show. Over three long days we saw a lot (and we mean a lot)...

Billed as the most versatile belay device ever, the Giga Jul is the latest in a long line of belay devices under the Jul label. After six months...

For a dedicated sport climbing harness you will want something light, comfortable and fairly simple. In this group test...

With a lightweight upper and an excellent balance of support and nimble-footedness, the Trango Tower Extreme GTX are superb...

Christmas shopping is in full swing. Since you're unable to buy the climber in your life what they really want...decent weather. We thought we'd suggest the next best thing! Have a read below for some gift ideas from EDELRID.

EDELRID are a brand known for their innovation. From the OHM to the new GIGA JUL the catalogue is full of groundbreaking new products. There is one product area however where EDELRID really excel, rope.

We're just back from the annual summer gear-fest that is the OutDoor trade show. As Europe sweltered in the heat the world's outdoor industry gathered in Munich to network, drink beer and showcase their shiny new stuff. For us it's a great opportunity...

We're just back from the annual summer gear-fest that is the OutDoor trade show. As Europe sweltered in the...

The Bushido II is a super light, extra grippy and aggressive shoe designed to ensure perfect stability and support on all types of...

The annual ISPO trade show, which brings the world's outdoor industry together under one roof (or a series of gigantic...