Rab are delighted to announce that Tom Randall has joined the team.

Tom is a hard working, extremely committed climber as well as being a really cool and likeable guy with a great sense of humour, boundless enthusiasm and tons of creative ideas. We look forward to supporting him with his forthcoming projects and from what he's told us it was also high time he had some decent kit!

You can read about Tom's latest exploits in Blacker's Hole, in Dorset here on UKC.

“I've been climbing since I was a late teenager, when one of my friends persuaded me to enter a bouldering competition. As I'd already been training quite hard in a few other sports, I did fairly well and was hooked instantly!

Since then, I've travelled all over the world trad climbing, new routing, sport climbing and bouldering. Some of my best climbing experiences have been during new routing trips abroad where the quality of lines to be done is exceptional - it's like the UK 50 years ago! I've put up some new routes in Italy (Orco) and US (Red Rocks) that were massive adventures for me in both a physical and mental sense. It's the physical and mental challenge that has always drawn me to climbing really as I love the unknown and the feeling that you get after pushing yourself to your limits. Many people know me as this mad offwidth climber, but in reality I love all styles of climbing and as long as it's something that will push me in some way, I'm keen!!

I'm really looking forward to working with Rab as it's a brand I've come to respect over the years. Many of mine and my wife's oldest bits of kit that never seem to die are made by Rab - so it's perfect that I can get kitted out with all of their quality stuff and be warm/dry at the same time. Another thing that I like about the kit is that in many ways it's like Podsacs in that it's built for the purpose. There's no extraneous nonsense that's just there to make it look pretty and possibly go wrong in the future. What's on the equipment is what you'll use!”

VIDEO: Tom completing the first ascent of One Infinity (8b+)

One Infinity is an isolated problem at a tiny bit of rock in the woods (Sally-in-the-woods), off the A363 (Bathford Rd) going to Bradford-on-Avon - approximately 1 mile from Bathford. Grid Ref ST 795 646. Tom takes up the story:

I spent quite some time over the last few years trying to make the first ascent of a roof crack in this same cave called All Elements. The line crossed the roof diagonally on a series of tricky jams until the lip was reached and the problem topped out rightwards just over the lip. I gave it V11 originally and despite the attention from a few strong people it's only just recently been repeated by Pete Whittaker who took a number of days - thank goodness! Not that I'm competitive or anything....

When working All Elements I noticed that the roof crack could be climbed to it's end and then followed out leftwards to join this really interesting lip traverse of the entire cave to give a mega pumpy problem. However, at the time I generally felt like my arms were about to fall off once I'd reached the final moves of All Elements, so continuing for another 10-15 moves wasn't really an option! Over recent times I've learn quite a bit about training and how to make adaptations specifically for certain projects, so suddenly the whole link-up seemed to be a possibility. When working One Infinity, I'd quite often manage to repeat All Elements, but it became a very different level of difficulty once I tried to continue along the lip, despite the holds being pretty good. Overall I think this probably comes in as one of the top few hardest crack boulders in the World - there's only one that I can think of that matches it in grade. It's hard to know how hard it really is as I've become such a specialist in these weird crack-type affairs, but hopefully Pete or someone else will get down there an let me know! 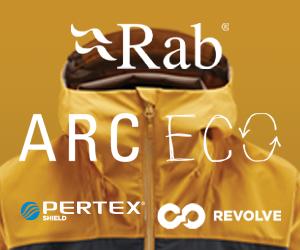 Berghaus has today revealed The Good Wood Project, marking the start of a new commitment to plant two million trees every year. The initiative is a small part of the company's wider aim to achieve net zero...

Adventure storytelling is at the heart of Kendal Mountain Festival and we are excited to join with our longstanding partners Rab to support upcoming British-based filmmakers. Worth £10,000, the Mountain...

After last year's digital-only event, Kendal Mountain Festival bounces back this November with a full live programme which the organisers say will "blow your socks off".

GeoffRadcliffe
17 Nov, 2010
Good effort Tom. The training is paying off but can it be 8b+ when you can't do 7a in the cellar!
Oli
17 Nov, 2010
In the article it says 8B+, implying font 8B+. However, I think Tom gave it a route grade of F8b+ rather than a font grade due to it's length.
Alan James - UKC and UKH
17 Nov, 2010
That would be my editing then. I'll change it. Alan
GeoffRadcliffe
17 Nov, 2010
You haven't seen the length of the problems in the cellar! Around 40 moves on some of them. :)
Oli
17 Nov, 2010
Sorry, that was supposed to be a reply to UKC. I suspect Tom's just given it 8b+ as he's too modest to claim anything hard fontwise...
More Comments
Add Comment
Product News at UKC presents climbing, walking and mountaineering equipment posts that will be of interest to our readers. Please feel free to comment about the post and products on the associated thread.
Please support the following outdoor retailers who support UKClimbing.com: