The Master of Moves
Jack Godoffe: A Bouldering Legend
Photography: Mattias Fredriksson
in association with

FOR ALMOST HIS ENTIRE LIFE, Jacky Godoffe, the 59-year-old French bouldering legend and World Cup routesetter, has lived in the forest of Fontainebleau.

Jacky's identity and reputation are inextricably linked to the overhangs and slopers of the blue-grey sandstone boulders of Font. He established groundbreaking problems like C’etait Demain (the first 8A boulder problem), Le Movement Perpétual (8B) and Fat Man (8B) in the 1980s and '90s. But while age has done little to dull his energy and enthusiasm, it has brought a change in focus. Where he was once dedicated to opening new problems in the forest, he now uses what he has learned to challenge a new generation. Today, the blocs are his muse, the primary source of inspiration for the indoor boulder problems he creates for climbing gyms and competitions around the world.

"The forest gives me inspiration through its shapes," Jacky explains. "They are like filters, like with photography. You add a filter to a climbing move, and the more filters you add, the harder it makes it for the climber to understand."
JACKY GODOFFE WAS BORN in November 1956, in a village just outside of Fontainebleau. From his earliest days, the forest figured prominently in his childhood: A place for family outings and long afternoons spent exploring the trails and boulders. Jacky’s mother was a homemaker, his father an aeronautical engineer who worked on the Concorde supersonic jet—a career that exposed Jacky to cultures and experience beyond the cloister of French village life.

Despite growing up among the boulders of Fontainebleau, it wasn’t until his 20s that Jacky learned to climb. “It was love at first sight,” he remembers. “I started climbing three times a week, then almost all the time.” Having trained as a gymnast, Jacky progressed quickly by combining physical strength with a competitive drive to prove himself. “I had this wish in me to break the boundaries, to go further and to do things that were more difficult than everything that was being done at the time. When I did competitions, I wanted to win. When I did difficult boulders, I wanted to do more difficult boulders than other people.”
But Jacky discovered something else in the forest, a new motivation distinct from his competitive background. “With climbing,” Jacky says, “I realized that there was something more than simply the physical side. There was doubt, and that’s what got me hooked.” The uncertainty inherent in climbing, and the emotional struggle it created, gave him a feeling of accomplishment unlike what he had felt in athletic competition. “If you’re sure of accomplishing something, to me this has no meaning. So if there is doubt, there is a risk, and this risk makes all of this more spicy, more exciting.”
IT'S A SUNNY AUTUMN MORNING in Fontainebleau, and Jacky is standing barefoot on the pads of the Karma climbing gym. A utilitarian steel-beam and sheet-metal structure on the outskirts of town, the gym is set among a crumbling row of army barracks slowly being reclaimed by the forest. As the chief routesetter for the French Federation climbing team, Jacky works here in a dedicated section for high-level competition training, creating problems that will challenge the athlete’s bodies and minds.

“Creativity has no particular recipe,” he says, explaining the process by which he develops a new problem. “There are lots of little tricks to stimulate creativity. I try to draw something on the wall that is surprising. And when I have drawn something surprising, I try to lay movements in it. And then with these movements I adjust the difficulty so that it corresponds to the people who are going to climb it.”

Later today, the French team that Jacky sets for will run a mock competition for training, and Jacky is refining his routes. One of the climbers is Clémentine Kaiser, who won this year's French Bouldering Championship. These climbers are the cream of the crop, and Jacky spends time carefully crafting his problems to challenge them. Head tilted and hands miming the moves, he looks more like an artist than an athlete. His pale blue eyes seem to look through the wall, seeing the invisible possibilities behind each volume, or perhaps outside to the boulders that provide his inspiration.
He climbs a ladder, power drill in one hand and a few drywall screws between his lips. Moving from climb to climb, he removes one hold, adds another, rotates a third. He lays his hands on the holds, considering the angles. Finally, when he’s satisfied, he jumps down onto the pads. A few minutes later, he’s grabbed his sneakers and a bouldering pad, heading out the door and into the woods.
THOUGH ONLY 70 KILOMETERS from Paris, the forest of Fontainebleau is a world apart from the cosmopolitan French capital. Comprising 285 square kilometers of rolling forest, it was created as a retreat for kings, popularized by artists and preserved as a place where Parisians could escape the city and experience natural beauty.

“The forest is like the ‘lungs of Paris,'” Jacky says. “It was a source of inspiration for painters, for writers and later for climbers. I think it’s not only because of the rocks, but simply because of the forest.” Quiet roads curve through colonnades of stately elms, and footpaths—including the Sentiers Denecourt, first marked in the 1840s—explore the forest’s thousands of rock formations.

The boulders, with their smooth sandstone faces and delicate slopers, prove an exacting teacher of climbing movement. These rocks are technically so difficult, they have an existence of their own. Whereas for a long time it was just a way to practice to do something else, now it’s a goal on its own,” says Jacky. “To climb here is enough.” 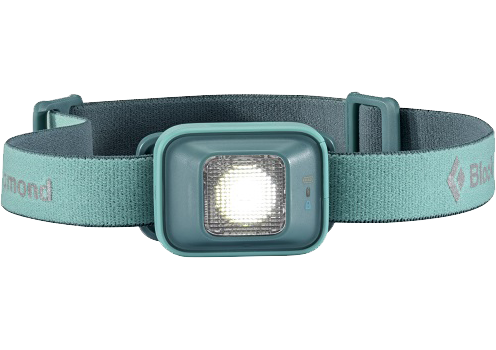 A light that easily fits in the palm of your hand, the Black Diamond Iota is the daily driver for quick-hit morning trail runs, post-work ridge scrambles and urban adventuring. Emitting 150 lumens on the max setting with an average three-hour burntime, the lithium ion rechargeable battery eliminates waste, and an IPX4 rating protects against splashed water from any angle. Powertap Technology allows for fast, easy brightness adjustments, and a lockout feature safe guards your battery life. 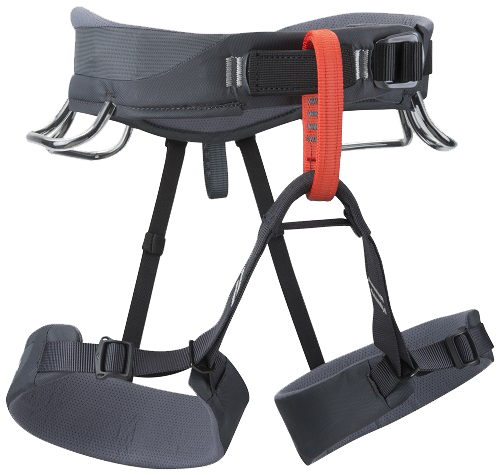 For all-around climbers who know that time spent fiddling with leg loops and adjusting a pinching waistbelt is time wasted, the Black Diamond Momentum delivers a time-saving design for all styles of climbing. TrakFIT leg-loops easily adjust for cool fall days at the crag or blazing summer days on long multi-pitches, and four pressure-molded gear loops and a haul loop make this our most popular all-rounder. 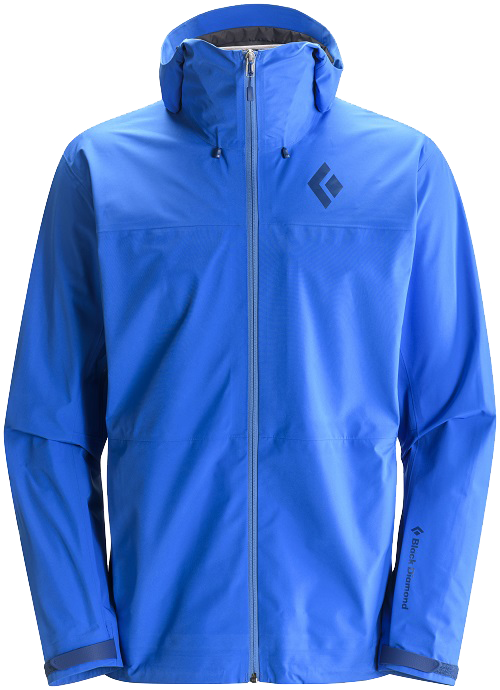 Designed to trim excess weight on backcountry trails and alpine faces, the Black Diamond Liquid Point Shell carries all of the features you expect from a GORE-TEX hardshell with minimal bulk and lightweight materials. The adjustable hood slides cleanly over a climbing helmet, and two-way armpit zip vents allow for quick temperature regulation during stormy, high-output days.

Following one of the winding footpaths, Jacky arrives at the base of Pancras, a steeply overhanging 7a+ (from the stand-start) that climbs a pockmarked orange and gray boulder. He thoughtfully pulls on his shoes, quietly chalks his hands and then, like the legendary Bleausard he is, smoothly flows through a series of powerful, controlled moves, fingers latching pockets and slopers with a fluency belying the problem’s steepness and slickness—a skill he has mastered from decades of climbing on the nuances of the Fontainbleau stone. His hands palming dishy slopers, he confidently places his foot on the final foothold’s rounded edge, stands up and pads across to sit happily atop the boulder.

“Climbing these boulders can be inspiring,” he says, “not because of the difficulty, but because of the shape.”
Clémentine Kaiser on one of Fontainebleau's many beautiful arêtes.
LATE AFTERNOON, back in the climbing gym, and the French team is working the problems that Jacky has set for them. From the center of the gym, Jacky surveys the climbers, one finger pressed to his lips. From the floor, climbers shout encouragement as one struggles with a pumpy, overhanging problem. She falls, clapping her hands in frustration, and Jacky circles in, smiling, to offer encouragement.

“Doubt is the best drive there is,” he says afterwards. “If there was not this factor of doubt, this question, this risk—not of hurting yourself or of dying—but simply the risk of not making it, I would have surely stopped climbing.”

Plastic holds and plywood volumes may seem an esoteric medium through which to explore doubt and uncertainty, but Jacky believes that by helping climbers wrestle with those emotions in the gym, he can help them find a path toward the ultimate goal: happiness. “Climbing,” he says, “is sufficiently complex so that it’s not the strongest who always wins. It’s the most inspired one, and I would say the happiest one, the most relaxed one."
SHARING THE LINE
Barbara Zangerl
in association with

It’s this passion that has sustained Jacky for three and half decades, long past the peak of his boundary-pushing first ascents. “Today, it’s obvious I am not as strong as I used to be,” he admits, “but it has no importance. What interests me isn’t what has happened, it’s what’s going to happen. I love climbing because it’s different. Not for what I have done—for what I’m going to do, and for what I will find in it. So as long as there’s this drive, I’m always looking to tomorrow.”