Share
Björn Pohl UKC 9th January, 2016
This has been read 9,426 times
Share
Jakob Schubert has made the 2nd ascent of Adam Ondra's Planta de Shiva, 9b, at Villanueva del Rosario near Malaga in southern Spain. Last year at roughly the same time he did his first 9b, Chris Sharma's Fight or flight.

This means Jakob is only the 4th ever, after Sharma, Ondra and Andrada to climb two 9b's.

After the biggest fight of my life I managed to clip the anchor of this amazing 9b in Villanueva del Rosario. 2nd Ascent after Adam Ondra. Super happy and proud to have send this one, my hardest route so far. Time for fiesta!​

So, Jakob, it's becoming a good tradition for you climbing 9b on your Christmas break!

Yeah obviously I have the most time during the winter for some bigger rock trips and I love the challenge of such a hard route, so it was the goal for this trip once again.

I got the impression you sort of gave up on the route and then came back... True?​

Yeah that is true, I really struggled in the beginning and had the wrong mindset, climbed some other routes over a few days and returned with a lot more motivation and confidence.

Must be a great feeling to sort of beat your own mind like that!
Yeah man, was a very great process in which I learned a lot about myself.

For more from Jakob; listen to this podcast 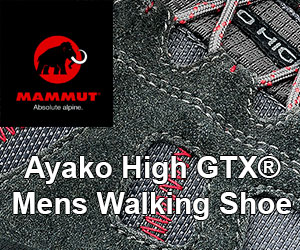 Jakob Schubert has spent two days in Magic Wood, Switzerland and walked away with a stunning ticklist. Perhaps the crowning achievement of his two day spree was a flash of Chris Sharma's The Never Ending Story (Font 8B+).

Jakob Schubert is one of the climbers who would have been jetting off to Tokyo with his eyes on a gold medal this summer. Instead in this video, we see how he initially copes with lockdown in Innsbruck, before it eases off and he's able to start rock climbing...

jsmcfarland
9 Jan, 2016
Nice! I guess the next contenders for joining the 2 x 9b club would be Sachi Amma, Magnus Midtbo and Megos of course :)
Björn Pohl - UKC
9 Jan, 2016
Just realised Dani Andrada has also climbed two 9b's; Delincuente natural and Ali-Hulk sit start extension.
stp
9 Jan, 2016
Awesome news. 9b seems a very elite grade. Any idea how long it took him? Isn't Ali Hulk more of a boulder-route so perhaps shouldn't count? And what's Delincuente? Though he's also done Chilam Balam now too (unless it settles at 9a+).
Mr Lopez
9 Jan, 2016
A boulder problem of nearly 100 moves and off the deck the whole way?? Edit: 86 moves actually
jsmcfarland
11 Jan, 2016
What is a boulder-route!? if it gets a route grade it's a route, surely.
More Comments
Add Comment
Facebook Twitter Copy Email LinkedIn Pinterest