Greg Boswell and Guy Robertson have kicked off their Scottish winter season by establishing Local Hero VIII,9***, a 3-pitch line taking a series of soaring overhanging grooves between The Wailing Wall and Haystack, on the left wall of Hayfork Gully on An Teallach - Bidein a' Ghlas Thuill. The route is named in memory of mountain guide and prolific new-router Martin Moran, who passed away on Nanda Devi East this summer.

'The first long pitch was relatively straightforward, snaking first left then back right to a commodious ledge at the base of the grooves proper. The first big groove provided 25m of very sustained lay-backing with poor feet, then precarious moves out left at the top just where the angle got really fierce. The grooves above this started somewhat more delicately, and were technical, before a series of wild pulls through a capping overhang led to the top. Overall the route provided excellent, sustained and technical climbing, and being more-or-less perfectly protected it should become very popular. '

This cliff was first developed by the late Martin Moran, who had accompanied Guy on many previous winter escapades. In December 2010, Martin established The Wailing Wall IX,9 on the same face with Murdoch Jamieson. Guy commented:

'Martin was one of Scotland's best, most prolific and enthusiastic winter pioneers - he would have loved this route, so it seemed fitting to name it in his honour. He was a massive inspiration to me since starting out in the late 1980s - first through his writing, then repeating his routes, and latterly by enjoying his good company. It was a real privilege to share a rope with him and he is very sorely missed.

'As Martin's vision demonstrated, Hayfork Wall has all the hallmarks of a really classic modern mixed climbing venue - it's high up, it's steep, it faces Northwest, and has both good rock and abundant vegetation. The lines are powerful and compelling, and none of them are easy. It doesn't get much better really.' 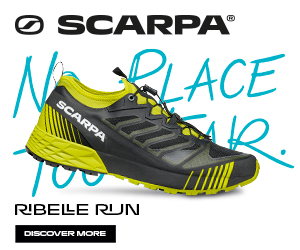 Greg Boswell takes us through his tips for getting ready for winter climbing. In this episode, he talks about how vital antagonistic exercises are when training hard. It's important to use these exercises consistently and not just when pain...

In this episode, Greg discusses the importance of training lock offs, which you regularly perform outside when reaching up for holds and placing gear.

Greg Boswell takes us through his tips for getting ready for winter climbing. In this episode, Greg talks about the...

Greg Boswell takes us through his tips for getting ready for winter climbing. In this episode, he discusses...

Greg Boswell has made the third ascent of Dave MacLeod's 2010 route Anubis XII, 12. The route follows the line of...

The Forge X/10 by Boswell and Robertson

Greg Boswell and Guy Robertson have started the Scottish Winter season as they mean to go on, by making the first ascent...

Any idea of the date?

Thanks, thought it would be around then.

Nice that they named it in Martin's memory as well.