8b Onsight by Molly Thompson-Smith

Molly Thompson-Smith has become the first British woman to onsight 8b with an ascent of Odysseus at  Gotterwandl in Tyrol, Austria.

Already one week back in Köln, training hard to try and keep up with @janhojer next time we're in the Frankenjura😜 . It's okay tho... think I've got bigger biceps now that he's a lead climber💪🏽😉 . Thanks @jan_novak_photography for the great 📷! ☺️ . #gymshark #petzlgram #scarpa_uk #skyscholarships #gymsharkwomen #climbing #rockclimbing #phdnutrition

Molly and her partner Jan have been enjoying a mini European sport tour in Germany, Austria and France ahead of the IFSC Lead World Cup in Briançon this month, where Jan will be competing. Molly told UKC:

'We were largely led by the weather, and decided to stop off in Austria on the way down. We had four days at Götterwandl, near Innsbruck. The 8b I ended up onsighting was a route I wanted to try this trip as it had been recommended to me, but when I did try it it was more of a 'Ah yeah why not I'll give it a go!'

Molly had already worked on Janus 8b+/c and climbed it in two halves with a brief rest, so she felt tired but wasn't quite satisfied with the day. As Odysseus is a lot shorter (10m), Molly felt more motivated for this line instead of returning to the main wall (25m). She described her onsight as follows:

'It was slightly overhanging and punchy in style with decent but no great holds. I had thought about the possibility of onsighting it, but didn't really plan on going for it. I felt close to falling at the first crux lower down, but somehow made it to the next good hold and then decided to really give it a good fight for an onsight. I made it through the next tricky section, relieved whenever there was a decent enough hold for me to look up and see the top getting closer.'

Over the past few months, Molly has been training and climbing in the Frankenjura, where she racked up an impressive ticklist of hard lines, including Roof Warrior 8c, Intercooler 8c, New Orleans Heavyweight Division 8c, Smith & Wesson 8b+ and Queeeel dich, du Sau 8b+. She also climbed a couple of 8bs – Akira and Plan B – on her second attempt. Having focused primarily on quick redpoints, Molly says she's keen to gain more onsight experience. She added:

'I was super psyched when I got down as my previous onsight best was 8a, and onsighting 8b felt like a big step up. Usually I just work something that's around this grade and hope to climb it second go or quickly so that the process is efficient and I can do more climbing. But this has inspired me to try more onsight climbing!' 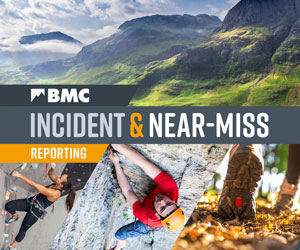 9a Flash for Alex Megos in Arco

In this week's ticklist, we cover ascents from the boulders of Rocky Mountain National Park, quick multi-pitch ascents on massive limestone walls, to hard sport climbing by on-form Brits.

Molly Thompson Smith has had a couple of successful months in the Frankenjura. She left the UK straight after the CWIF competition to train with her partner, Jan Hojer. Lockdown ended earlier in Germany and Molly was able to retain her form...

A closed-doors Rab CWIF took place over the weekend and the lack of a crowd certainly didn't mean any lack of competition. In the...

The Climbing Works International Festival (CWIF) Semi Finals have just wrapped up and there have been a...

8b+ in a Day by Molly Thompson-Smith

Molly Thompson-Smith has redpointed Via del Quim 8b+ in Margalef, Spain, on her first redpoint go and in a day.

Top effort! Feels like the equivalent of the young footballer (cf. Jaden Sancho) signing for a European club and benefiting from new surroundings/environment.