Shawn Raboutou has belatedly announced an ascent of Alphane in Chironico last year and proposed the grade of 9A. The line is to the left of Alphane Moon 8A.

If confirmed, it will become the fourth 9A in the world alongside Nalle Hukkataival's Burden of Dreams, Daniel Woods' Return of the Sleepwalker and Simon Lorenzi's Soudain Seul.

Shawn shared scant information in an Instagram post, but announced a video of the ascent due for release on Monday.

Last year, Shawn discreetly ticked three major lines in Europe and waited until this spring to begin teasing the news. In May, he announced a 2021 ascent of F*ck the System 8C+ at Fionnay and in July, he shared a video of Story of 3 Worlds 8C+ in Cresciano (UKC News), which he climbed last winter.

Rumours of a 9A tick spread, and now Shawn has let the cat out of the bag, adding yet another cutting edge ascent to a growing ticklist of boulders in the 8C-9A bracket, including Livin' Large 8C and The Finnish Line 8C/+ in Rocklands and Off the Wagon 8C+ in Switzerland.

Some of the world's strongest boulderers had reportedly attempted Alphane, including Dave Graham and Daniel Woods. 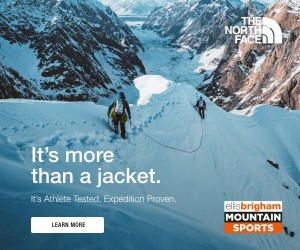 Shawn Raboutou is one of the best boulderers in the world. His two crowning achievements so far are the first ascents of Alphane and Megatron, both Font 9A/V17.

Shawn Raboutou has announced his ascent of Megatron, a Font 9A in Eldorado Canyon, Colorado. His success on the project has been a badly kept secret in the climbing world and rumours were circulating as soon as he reported his other 9A, Alphane,...

In this week's Ticklist, we have an eclectic mix of sport, trad,...

Shawn Raboutou has climbed the low-start to Nalle Hukkataival's Off the Wagon (8B+) in Val Bavona, Switzerland. It is suggested this... 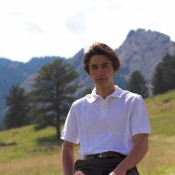 Spray of light and Monkey wedding by Shawn Raboutou

Congrats to Shawn, he's been on fire lately. But a slight note/question about the other 9A's. AFAIK Seudan Soul has been repeated and also opinions of 8C+ seem to be around (IIRC). Return to Sleepwalker and Burden of Dreams are still unrepeated (but 'cause they haven't been tried)... Albeit naturally for a non local to tick these, will be extremely hard (or they will need a lot of time... especially for Burden, for which the conditions days aren't that many and not according calendar). Yu, repeated it is... By at least on other person... and as even the title impleys 8C+ is also thrown in the mix. https://www.8a.nu/news/soudain-seul-9a-8c+-by-camille-coudert-lu8pr

Opinions from repeaters so far are 9A, 8C+ and soft 9A. A more generous interpretation would be the only confirmed 9A!

Worth noting that Shawn is also rumoured to have climbed a line known as the Megatron project. Apparently the grade maths is 8C in to 8B+ which would put it in the 8C+/9A ball park.

I think you mean discreetly (without attracting attention) rather than discretely (separately or individually).

Not sure about that. At a minimum Jakob Schubert has tried Return of the Sleepwalker and Sleepwalker has had a few repeats so I'm not sure it's that hard to access. Burden I guess is more difficult location and conditions wise but Aidan Roberts went over to try it and found it very hard.

HeMa
22 Aug
I know Schubert tried it. But AFAIK he only had a brief set of time (short trip or something). Certainly possible, but more about having the time and willing to put the effort in. Conditions are the problem... location not, it's about 5m from where you park your car... in fact, I'm sure that you can chuck your pads from the booth directly under the problem... ;).
More Comments
Add Comment
Loading Notifications...
Facebook Twitter Copy Email LinkedIn Pinterest