Why You Should Get Out More With the Kids Opinion

Outdoors writer and primary school teacher Rachel Crolla, co-author of a new child-oriented guide to the Lake District, explains why having outdoor adventures with the children is more important than ever.

All parents relish celebrating their children's outdoor achievements, but one common barrier to family outdoors adventures is that parents often find their children irritating. 'Did she just say that?' Yes, I did. No-one will be particularly surprised to read that children can be slow, can whinge too much, be unappreciative, uncooperative and constantly want to stop and eat or mess about – let's face it, they make most outdoor activities more complicated. Some parents will even admit, when pressed, that they would actually rather go walking or biking on their own.

Getting outside is not always the easiest option for families, but it can be the most rewarding

And yet, despite all the challenges, absolutely nothing beats the pure joy of an outdoors adventure with the family when it all goes well. Having spent a lifetime reaching the highest points of every country in Europe, climbing every route in Ken Wilson's Classic Rock, cycle touring across the UK and having countless other outdoor adventures, I am categorically in no doubt that seeing my children learn to love the outdoors has given me the most joy. Difficult though they can sometimes be, outdoor adventures are well worth it: not just for us and our families, but for society and the future of our wild spaces.

Children don't get out much – it's official. A recent National Trust survey found that, on average, children spend less than half the time playing outside that their parents did. The days of primary aged children playing out on the streets or exploring local woods, parks and waste grounds are firmly consigned to the past, and understandably so. If you believe the media hype, toddlers now much prefer iPads to sticks and stones, while pre-teens favour Snapchat over riding their bikes.

We are starting to lose something, maybe not individually, but definitely as a society. I'm not so sure that it has to be that way. Despite the distractions of the modern world with its endless gadgets that seem to elongate our working time and squeeze our free time, given a bit of patience and effort, I believe it's still possible to get children to appreciate that an outdoors family adventure is much better than an afternoon spent playing Minecraft.

How to Enjoy the Hills With Your Kids

To most adults reading this, the benefits of exploring the great outdoors are starkly obvious. Unfortunately, for some children, these benefits are not as immediately clear as the benefits of watching Frozen or Star Wars for the fifteenth time. So yes, children need to be encouraged and their interest needs to be carefully fostered. And if that doesn't work, don't give them a choice – they're going outdoors! Rebranding the humble walk as an 'adventure' or 'exploring' might also help to sell the dream. There's no doubt that getting outside is not always the easiest option for families, but it can be the most rewarding. Here's why…

It's for their own good!

Where it stands to reason that adults reading this who are outdoors enthusiasts probably have fitter than average kids, let's not get complacent. It doesn't always follow that active parents have active kids. There are probably a fair few outdoorsy mums and dads to be found out running on a Saturday morning while their offspring are glued to Peppa Pig cartoons or Xboxes.

We're consistently told that British children are getting fatter and lazier, eat more processed junk food and are becoming increasingly anxious and depressed due to an over-reliance on electronic devices. Obviously hiking, cycling, scrambling and paddling boats make children stronger and fitter. They get hardier and build up stamina. Yet they also develop their self-confidence, they learn new things about themselves and start to realise their resilience. There is now a realisation that the outdoors is great for children's mental well-being too.

It's good for you too

For me, having family adventures has meant slowing down but has also afforded me space to appreciate the things that children really enjoy about exploring the outdoors: looking at insects, climbing trees, collecting special stones and jumping in puddles. A persistent yet tolerant approach has paid dividends. If that doesn't persuade you, then think of the adage that 'the family that plays together stays together'. Even if it's drizzling and someone needs a poo, remember an outdoors adventure still definitely counts as quality family time!

When it all works out and you go swimming together on a balmy day in a mountain tarn, reach the top of that mountain singing songs despite driving rain or cycle through a forest to a riverside picnic spot, there's an unbeatable feeling of satisfaction. If you're still not convinced, take note that getting outside can give all the family the chance to be together without getting under each other's feet. It's easy to go stir crazy cooped up in a house, less so among the rolling moors and forests of the great outdoors. I've lost count of the times that we've had a bad-tempered and fractious start to the day inside – children (and adults) who were at each other's throats in the living room have suddenly started running around happily together on hillsides or paddling serenely beside each other in a stream.

Mother Nature has provided a huge and free outdoor adventure playground for families. Flower-strewn meadows, ancient twisted oak trees and smoothly water-worn pebbly beaches can provide hours and hours of entertainment at a pleasingly low cost. Playing with sticks, stones, fir cones and foliage is something that I always assumed came naturally to children.

However, despite it being instinctive, the human connection to nature is something that researchers believe can be forgotten. 'Nature deficit disorder' is a term that has been bandied about, the premise being that humans are not designed to sit down all day under artificial lights and that lack of interactions with nature are detrimental to our well-being. While writing our book about family adventures in the Lake District, it has been fulfilling to witness the buzz children get from their encounters with nature: making friends with a frog at Mosedale Cottage, discovering how to make an extremely irritating whistling noise with a blade of grass, the excitement of getting nipped by crabs at Maryport and the delight of eating bilberries and turning tongues a garish purple at the Back-o-Skiddaw. Most of all, an abiding memory is of taking a friend's eight-year-old girl on her first night walk under the clear starry mountain skies. "What's the matter?" I said, as her eyes filled with tears. "It's just so beautiful", she replied.

It's a risk worth taking

I'd be foolish to say that having outdoor family adventures is completely one hundred per cent safe. Outdoors environments are wild places and we'd surely never want them to have every crag fenced off and every stile plastered with notices warning that tots could tumble from the top. As parents, our job is to assess and guard against the risk and educate children gradually so that they will be able to make sensible and informed decisions for themselves in the future.

I remember watching our then three year old daughter at an indoor soft play centre party carefully downclimbing the spongy steps to a ball pit while her peers were hurling themselves headfirst down the same obstacle. She later explained that, "you should always think about where you're putting your feet". It was a message that had become ingrained after many days spent scrambling around on the gritstone outcrops near our home. It's admittedly a hard balance to strike between the extremes of the cotton wool and kid gloves approach versus the free-range Enid Blyton-style Famous Five method of letting pre-teens go off on a week's unsupervised cycle tour whilst high on ginger beer. The trouble is that life is full of risk; teaching children to be able to assess and manage it is essential. Making things too mundane means that children are unlikely to feel the excitement of an adventure. Yet being ill-prepared and, as an adult, not thinking through the potential hazards of a situation might be catastrophic. Cold, hunger and sunburn are all easily mitigated risks. Likewise, adventurous activities such as kayaking and off road biking can be made acceptably safe by having the correct equipment.

Edges, cliffs, crags and precipices were probably the hardest risk to reconcile in the Lake District's vertiginous terrain on routes in our book. Caution, control, developing trust of children and being informed about where children can run ahead and where they should be close at hand was the key thinking behind Outdoors Adventures with Children. One lesson we learned was not to assume that other people's children have the same boundaries as yours. Children love having friends along, but packs of kids require a far more cautionary approach. This is not to say that other people's children are uncontrollable brats, but if you can teach your children not to follow others blindly you'll reap the rewards – and you never know, it might be something that helps them with challenging situations in those teenage years – although that might be wishful thinking!

The future's in their hands

We were climbing at a peaceful small crag called Bull Scar in the southern Yorkshire Dales, when suddenly a group of teenagers who - by their slightly incongruous appearance and oversized matching rucksacks - could only have been Duke of Edinburgh award participants, made their presence known on the path far below us. The first thing we heard was the music. This we ignored until tumultuous laughter and several thuds drew our attention. The group had stopped and one member was kicking stones out of an increasingly dilapidated dry-stone wall to the delight of the others. After a few choice words from us, the group moved further up the valley and sat down again. This time, the same boy started launching himself at an old fence post, which he successfully uprooted. Even our then six-year-old child was enraged. "They just don't like nature. I hate them!" she announced in a self-righteous fury. To cut a long and hopefully atypical story short, my point is that it's vital that we educate future generations to respect, care for and cherish outdoor environments. Having family outdoors adventures is a great way to show children the fragility of the landscape and the relationship between hikers, campers and cyclists and the people who live and work on the land in National Parks and beyond. We want our children and their children's children to be free to enjoy the same spaces that we love.

This details 40 outdoor adventures in the Lake District with children under 12, including hiking, biking, scrambling, boating, swimming, paddling, camping, bothying and hostelling. The adventures are graded, with alternatives given where they exist so families can embark on the level of adventure that suits them best. Similarly, the guide is designed for long-term use, so as children grow up they can progress to more exciting and challenging adventures.

All featured routes have been rigorously road-tested and have got the thumbs up from the harshest of critics - the under-12s. 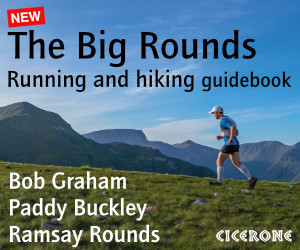 The Commoditisation of Climbing

A Celebration of Women in the Hills

Oh my God ! Did anyone do a risk assessment on this !

Fair article, but it's all common sense.

Should've found out where the DofE kids were from and reported them, that was truly unacceptable behaviour anywhere.

Is it not common knowledge that kids who sit indoors playing computer games instead of exercising outdoors end up brain dead fat and die younger?

No; because it’s a recent phenomenon.

Who knows yet, and it’s not just children whose brains are being changed by tech.