Less than two weeks to go before Cliffhanger, the Alpkit Shake Out weekend and the IFSC Bouldering World Cup at Millhouses Park in Sheffield.

To celebrate Matt Heason has put together a short quiz with some great prizes from PODsacs, Gaz Parry, 5 Finger Thing, the British Bouldering Team and Alpkit. 12 chances to win! THANK YOU PRIZE GIVERS.

1. Which Czech wunderkind is in the running for the 2010 Bouldering World Cup and will be competing at Cliffhanger?

2. Skyler Weeks is an world record holding American climber who tastes wine for a living. He's coming to Cliffhanger for the 4th year running to take part in a competition sponsored by POD Sacs. What is the competition?

3. Which well known online business are organising a music / beer and camping festival to complement Cliffhanger, just a mile away from the event site in 2010?

EMAIL YOUR ANSWERS (by next Friday) TO: matt@heason.net 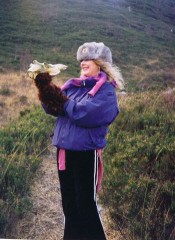 Behind The Scenes At Cliffhanger