Win a Petzl Nao Headtorch with Outside Winner

Focus on the trail ahead

With autumn rapidly approaching (clocks go back in a few short weeks folks) we thought it was an opportune time to spread some light and cheer around. So with the help of our friends at Lyon Outdoor we’re offering one Petzl Nao headtorch to one lucky winner and to minimise disappointment, we’ve got three smart new Tikkina headtorches as runner up prizes. Because you should always carry a backup!

Just when you thought head torches couldn’t get any cleverer, Petzl upped their game with the latest incarnation of the Nao.  The 2015 Nao has increased light output from 355 to a whopping 575 lumens, with an even longer battery life of 12.5hrs (previously 8hrs).

The Reactive Lighting technology used in the Petzl Nao automatically adjusts the beam depending on where you look. When you’re gazing into the distance, you get a tight beam with maximum power; when you’re focusing up close, it uses a low power, diffuse light and for the middle distance you get a medium power wide angle. The idea is to reduce time spent fiddling with buttons and optimise battery life. These settings are customisable with the Petzl OS software and of course, if you'd rather have a constant beam, a manual override is available.

This year’s  Tikkina headltorch from Petzl is perfect for proximity lighting, whether camping, in a hut or in a pinch. It’s also had a boost in light output compared to the previous version (up from 23 lumens to 60 at full power). It has two lighting modes (ambient and proximity) to adapt light quantity to the situation, changeable by a push of the button. 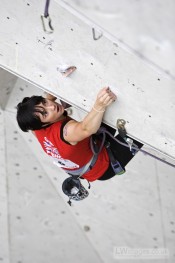