Share
GB Climbing Team 30th July, 2012
This has been read 5,256 times
Share
Sherpa Adventure Gear, the Epicentre and Timbuk2 have teamed up with the BMC and are now the official sponsors of the GB lead climbing team.

The GB lead climbing team which comprises of around 32 athletes and eight coaching staff will all be wearing Sherpa Adventure Gear clothing comprising of specially designed competition vests, t-shirts, fleeces and soft shells for all of their competitions and training events worldwide for the next 3 years. Along with the classic Timbuk2 messenger bag for carrying other training and competition essentials.

The team has seen some fantastic results over the last 2 years, with some great climbing from Ed Hamer, Molly Thompson Smith, Luke Tilley and Tara Hayes.

"We're delighted to have Sherpa Adventure Gear, The Epicentre and Timbuk2 as the clothing sponsor of the GB Climbing Team. The team has had some great results recently and having quality support for the team is important to ensure a professional outlook for the team at their events in the UK, Europe and around the world."

"The sponsorship with Sherpa Adventure Gear, The Epicentre and Timbuk2 is another example of the strong foundation building process that the GB Team are trying to develop by being linked with reputable companies, that helps to build a professional attitude within the team on the worldwide stage of competition climbing."

Sherpa Adventure Gear was founded in 2003 by Tashi Sherpa, who was inspired to start the company when he discovered that his uncle was one of the Sherpa's on Sir Edmund Hilary's celebrated first-ever expedition to the top of Mount Everest in 1953. Sherpa Adventure Gear—which manufacturers apparel for mountain and outdoor adventures—honours the unsung Sherpa heroes who make high altitude Himalayan climbs possible for others by carrying the loads, laying the ropes and guiding the way. Sherpa athlete-ambassadors test and help design Sherpa Adventure Gear products, most of which are manufactured in Nepal. Sherpa Adventure Gear employs over 150 people in Nepal, and in 2009, furthered its local commitment when it opened a facility in downtown Kathmandu which houses its headquarters and the flagship Sherpa Gear House store. Two more stores opened in 2010, in Namche and Pokahara, Nepal. The company's marketing and sales office is in Renton, Washington. Sherpa Adventure Gear donates a portion of every sale to the Paldorje Education Fund, which the company established to fund the education of Sherpa children.

Further information on product, events and athlete action on :

"Not only do Sherpa Adventure Gear manufacture fantastic clothing we are also socially responsible, for example all of our hats are hand knitted in the villages of Nepal to keep income within the family unit where it is needed most. We now have a unique opportunity to give back to the grass roots of the Great British outdoors. We are very proud to be sponsoring the GB lead climbing team, we wish them success in their aspirations and look forward to working closely with them for many years."

Timbuk2 is a San Francisco-based company that pioneered the messenger bag. Born and bred in 1989 in a San Francisco garage by a bike messenger named Rob Honeycutt with an old sewing machine, Timbuk2 has been building bags and accessories for urban adventurers with a simple philosophy – create good-looking, durable bags you can make your own.

More about The Epicentre:

The Epicentre is a outdoor retail experience based in Ambleside, offering the outdoor enthusiast a fantastic range of technical clothing and equipment. Combined with the specialised local staff who are all keen climbers, walkers and general outdoor people guarantee customers a great experience.

The GB Lead Team is sponsored by Sherpa Adventure Gear, Timbuk2, The Epicentre, The BMC

La Rambla 9a+ by Chaehyun Seo 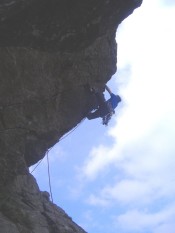 New E7 on Dow Crag For McHaffie and Woody 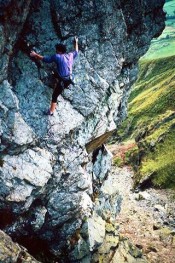