China Crisis, 8b+, for Katy Whittaker

Sheffield based Katy Whittaker has just had a very successful trip to Catalunya, Spain, where she became the 4th British woman to climb 8b+ with an ascent of China Crisis, at Oliana.

Katy's previous hardest redpoint was Love Amongst The Butterflies, 8b, at Cheedale in the Peak District which she climbed in 2011, the vertical, technical and crimpy nature of which suited Katy perfectly.

Commenting on how much of a step up attempting China Crisis was, Katy said:

"It did feel like a big step up but an obvious one at the same time. Although I have only climbed one 8b I feel like I have consolidated in the 8a to 8a+ range on a variety of different styles in different countries, so I knew it wasn't a ridiculous proposition to try an 8b+, it just felt like the next step."

Katy had checked out China Crisis on a trip last Autumn and then adjusted her training accordingly to give herself the best chance of success on her three week trip this year. Katy expanded on this:

"I think I am probably most suited to endurance climbs but I never really get to utilise or train this aspect much in the UK. It was intimidating going abroad to try a 35m test of endurance with only three weeks to get fit on it."

Katy spent 4 days working the moves before redpointing the route on her 7th go, Katy commented on the style of the route:

"It goes up the centre of a grey streak on perfect rock. Slightly overhanging on crimps, pockets and slopey dishes. You have to do quite a tricky boulder problem to start the route then it is sustained with two redpoint cruxes to tackle."

With around a week left of her trip after she had climbed China Crisis, Katy switched her focus to onsighting at a number of crags including; Tres Ponts, Col de Nargo, Figols and Perles. Putting her fitness to good use, Katy also climbed Mishi, 8a, at Oliana second go.

Commenting that she is "keen to try and keep the fitness gained on that trip back here in the UK", so keep an eye out for what could be a very good year for Katy.

The other British women to climb 8b+ are; Lucy Creamer and Hazel Findlay both climbing Kalea Borroka in Siurana and Mina Leslie-Wujastyk with Mecca at Raven Tor in the Peak District. 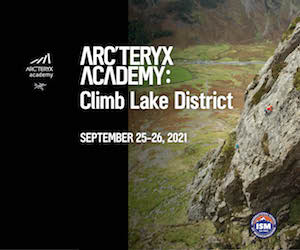 I began climbing before I can even remember, it is just one of those things I have always done. Coming from a keen climbing family my brother and I had no choice in the matter! I grew up in the Peak District and the...

This week's Friday Night Video is an insight into the mindset of Mina Leslie-Wujastyk and Katy Whittaker, as they grapple with redpointing, injuries and core intensive laughter. They have travelled to the mecca of sport climbing in the southern he...

2014: The year of the Scottish Referendum, conflict in the Crimea and Gaza, aviation disasters, the Ebola epidemic, the first comet landing and the infamous "selfie". It was a year filled with a heady mix of excitement, tragedy and bewilderment. But what were...

Mecca 8b+ for Katy Whittaker

Katy Whittaker has climbed Mecca - The Mid-Life Crisis 8b+ at Raven Tor - her second 8b+ redpoint and becoming only the second woman to climb this route after Mina Leslie Wujastyk's ascent in 2012.

Newsflash 8b+ for Katy Whittaker

Reported on Neil Mawson's twitter feed is an ascent by british climber Katy Whittaker of the long and pumpy China Crisis (8b+) at...

Katy Whittaker Climbs Walk On By at Curbar (7C+)

Sheffield based climber Katy Whittaker has repeated the Black Rocks slab of The...