The shortlist for the 2018 Boardman Tasker Award for Mountain Literature has been announced. 38 entries were submitted this year from Great Britain, USA, Canada, Austria, Ireland, South Africa, Switzerland and Italy.

The Boardman Tasker Award was established in 1983 to commemorate the lives of Peter Boardman and Joe Tasker – outstanding mountaineers and accomplished authors – who disappeared together high on Everest in 1982. The £3,000 prize is presented annually to the author or co-authors of an original work that has made an outstanding contribution to mountain literature.

The Award will be presented at The Boardman Tasker Shortlisted Authors event at the Kendal Mountain Festival on Friday November 16th 2018.

The following seven books were chosen for this year's shortlist:

'An enlightening memoir by an accomplished writer and climber that provides a window into the nature of extreme climbing now and over the past thirty years.'

'A widely praised novel by an Italian author that details the intriguing friendship between a mountain cow herder and a city boy from Milan, played out over three decades in the Dolomites.'

'An evocative celebration of a much-loved mountain, presented by a partnership between two of Britain's finest mountain writers and photographers.'

'A second work of fiction, audaciously told in blank verse by Austrian author Christoph Ransmayr, that follows the journey of two brothers from southwest Ireland as they pursue a quest for an unnamed mountain in Tibet.'

David Roberts - Limits of the Known

'An enthralling examination – part history, part memoir – of the motivations of mountaineers and other explorers, related by veteran US author and climber David Roberts.'

Doug Scott - The Ogre: Biography of a Mountain and the Draatic Story of the First Ascent

'The long awaited full account of the epic accident and rescue on the Ogre in the Karakorum in 1977, together with an enlightening history of the exploration of the mountain.'

'A revealing biography of the life of the first woman to climb both Mount Everest and the Seven Summits, based on her memoirs and completed by Canadian writer Helen Rolfe.' 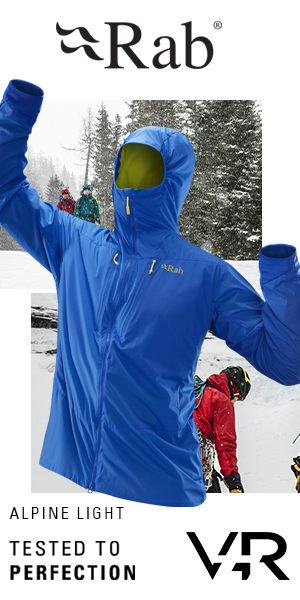