Andy Turner: On The Road To Buxton Thunderdome

Advertisement from brands 10th September, 2014
This has been read 7,464 times
Brands: Heason Events, Buxton Adventure Festival
Share
This year’s festival speakers include top climbers Tim Emmett and Shauna Coxsey and ground-breaking adventurer Karen Darke.  Tim is one of the big names who has already confirmed he'll be entering the new competition organised by Andy Turner, Manager and Climber of the GB Ice Climbing Team.

Having competed on the World Cup circuit for the last couple of years, Andy was invited to represent Great Britain at the Sochi Winter Olympics, where the UIAA had organised an Ice Climbing Festival. An incredible experience, it inspired Andy to try and get an event of the same style in the UK, something that would showcase the dynamic and spectacular aspects of the sport. Andy tells us a little more about his new event Thunderdome.

And just over the road in the Pavilion Arts Centre there's the Buxton Adventure Festival with a host of big name adventure speakers and films.  Not to mention there's also the Great Peak District Fair and Buxton Beer Festival.  What more could you ask for of a weekend in the Peak District?

Q:    What first motivated you to organize a dry tooling competition?

AT:     I’ve had such great experiences with dry tooling on the world cup circuit. Dry tooling competitions are really special events. They bring together climbers from all over the world, often in incredible venues, and provide onlookers with an amazing spectacle. I just wanted to create something just as special in the UK, which gives dry tooling the audience it deserves.

Q:     What is special about this event in particular? 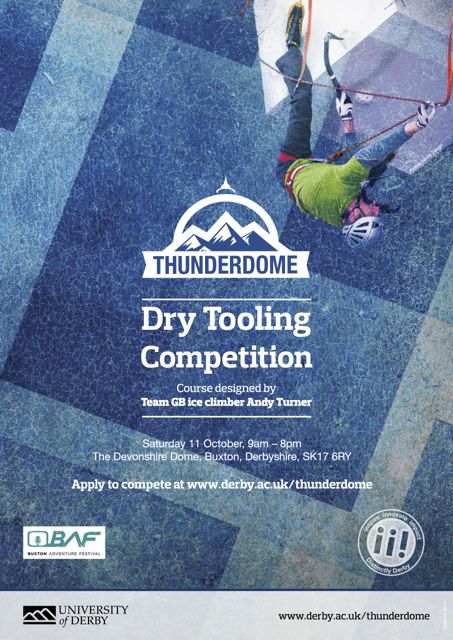 AT:    Thunderdome is going to be distinctly different from all the other dry tooling competitions that have been organized in the UK to date. The spectacular nature of the routes means that the competition is going to be aimed at the more experienced dry tooler, the British team and international competitors. The initial aim was just to create a spectacle to promote everything that is good about dry tooling and give climbers the opportunity to get together and share ideas, technique secrets and top training tips.

The event is to be held in Buxton’s Devonshire Dome, a remarkable venue which is the second largest unsupported dome in the world. The routes will be approximately 14 metres long and overhang by 12 metres! Thunderdome is a lead speed competition, where competitors will be given 15-minute practice/qualifier slots, where they can work the routes and prepare for the final. The final is simple, fastest to the top wins! Spectators should get to see some fast paced competition, involving some big moves, with some big whippers as a result!

Q. How did the event come about?

AT:    I’ve been working for the University of Derby Buxton for years on their Outdoor Leadership Degree Programme, so I have walked through the venue countless times and thought what a great venue it would be for a dry tooling competition. It was only when I went to the Sochi 2014 Winter Olympics event that I found a format that would work in the dome and the idea spiralled from there. Essentially, we’ve taken the best bits of the Sochi and put it in one of the most spectacular venues in the UK.

Previously dry tooling events have been restricted to climbing walls, which has meant that the wider general public haven’t really seen or heard of it before. By holding the event in a really public, spectator friendly arena, and by developing the competition in partnership with the Buxton Adventure Festival, we hope to raise the profile of dry tooling amongst the general public, as well as the climbing community.

Funding for this type of competition is limited to say the least, the only way this competition has been possible is because the University of Derby offered the venue and full financial support for the event. They have not only supported the competition, but grown it as an event.

We've also got some great prizes lined up including a pair of Five Ten HiAngle shoes worth £100.

Q.    Are the numbers of competitors limited?

AT:    In future, with more funding, we would like to expand the event to make competing accessible to a broader range of climbers. In an attempt to accommodate as many people as possible, and in addition to the main event on Saturday (11th Oct), we are offering a fun/participation dry tooling session the following day (12th Oct) giving the people who did not get accepted to the competition a chance to have a go on the competition route. There will be plenty of room for anyone who wishes to spectate or get involved in the other available activities.

How to get involved

Thunderdome is completely free to compete or spectate. Entry to the competition is by application. For more details on the event, or to enter, go to: www.derby.ac.uk/thunderdome

To find out more about Buxton Adventure Festival CLICK HERE 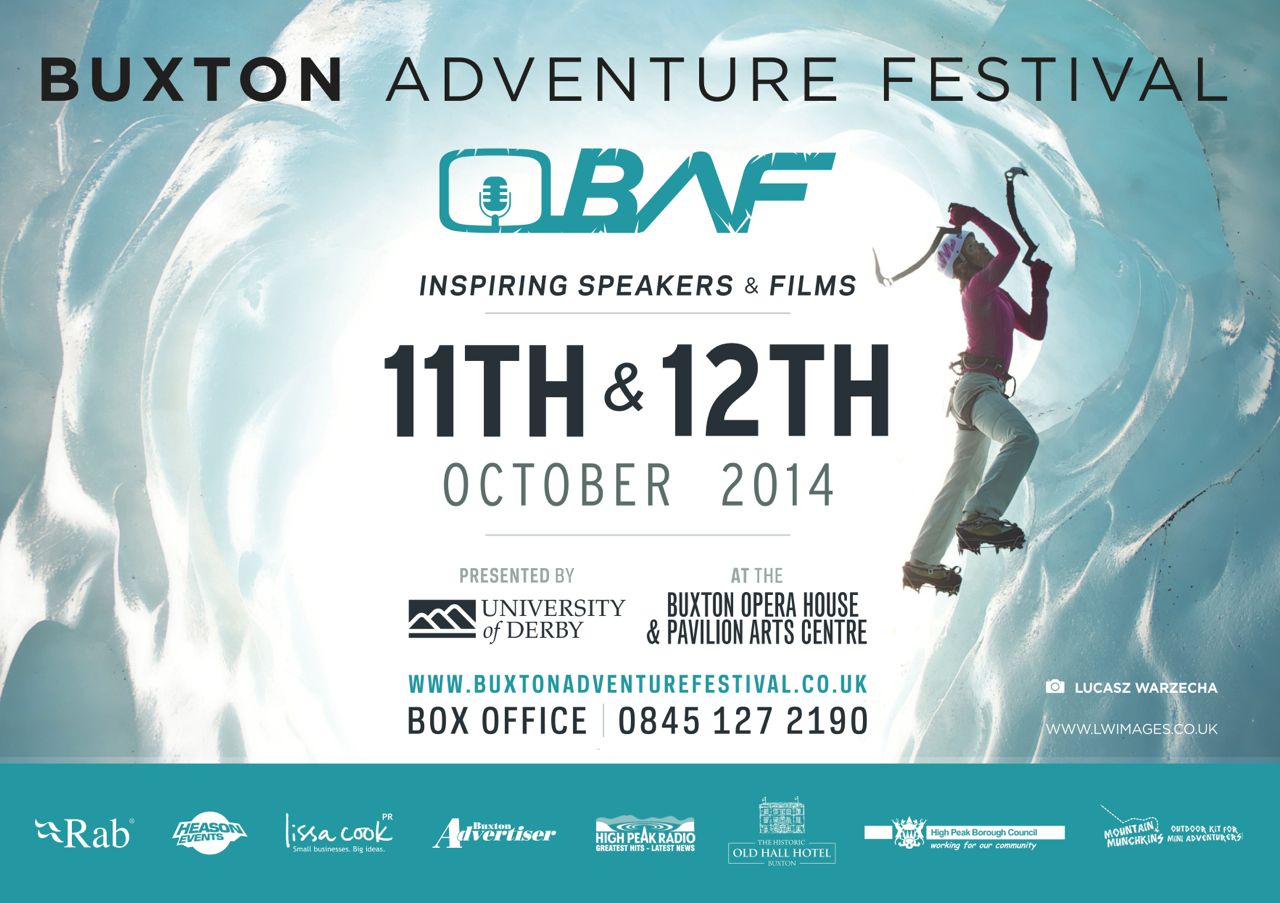 This November Kendal Mountain Festival is going fully online. We're seizing this huge opportunity to Share The Adventure with the world, pouring all our effort and energy into creating a new, amazing digital experience.

The Senior Plywood Masters is changing in 2020 and looks set to be bigger and better than ever. The event will be held over two days on 22nd and 23rd February at Boulder UK, Preston. There will be two qualification sessions on Saturday,...

The first weekend of November saw many people eating toffee apples and heading out to bonfires and firework displays, but a group of around 40 people who headed for north wales to make sparks of a different kind fly.