This article was intended for release on the first day of a particular month, but Rob was too busy receiving letters from the Queen and opening fan mail...

Every area has their 'big three': Yorkshire has Malham, Kilnsey and Gordale; the South West has Sennen, Bosigran, and Chair Ladder; and finally North Wales has…well…North Wales just has hundreds of good crags. Here in the Peak we have a similar sort of three greats, which have come to be known as the Triple H: Horseshoe, Harpur Hill, and finally - the dark horse of the trio - Harthill Quarry. The latter is undoubtedly the underdog, so much so that we thought it was about time to cast some light onto its shadowy and somewhat vegetated corners.

What Harthill Quarry lacks in quantity, it also lacks in quality, with essentially two (possibly three) boulder problems that are actually worth climbing - all of which are hard. The routes, by and large, are of a chossy nature, often relying on fixed gear, and are essentially best left alone. Vegetation and loose rock abound, with the top of the crag resembling a kind of mud cornice. Another feature of the quarry is the various scrapheaps that abound its grounds. There are some tyres of differing vintage, plus some of those industrial-looking containers, the contents of which are unknown but they often seem to be littered around old farm yards and beaches.

I once met a man walking his dog along the top of the crag. He was a kindly fellow, who obviously saw me wandering around and presumed me to be lost - which to his defence I was - and he kindly offered to show me to the nearby Clifftop Boulder. By chance, he'd developed a few of the problems on the boulder in question and had also put up a few of the routes in the quarry. I never asked his name to verify this, but I've always been one for hearsay over fact. Anyhow, when quizzing him about the quarry he didn't really have anything too distinct to say, other than to say that none of the routes were very good, then instead went on to talk fondly about the Clifftop boulder once again. Retrospectively I should have written an article about that really… After walking around for a while to get my bearings, I went back to my car to collect my bouldering mat. Walking back up the hill en route to the quarry I passed the kindly old gentleman again, to which he said "I think I saw your friend a minute ago, he's off up there." I didn't have the heart to tell him that it was me…

Back to reality, there is one point of major historic interest at Harthill Quarry: Thumper the Rabbit. In 1986 Johnny Dawes was at the height of his Gritstone powers, with classics such as Gaia and End of the Affair all being climbed. Each of his routes from this era re-defined the genre of hard grit, not to mention what was possible - the only exception being Thumper the Rabbit. It's interesting to see that he did it in his big year though, so maybe Johnny - like with so many other routes - just has more vision (and we're all blind on this occasion).

Back to the wonderful world of bouldering, there are in fact two - possibly three - worthwhile problems in the quarry. Ordinarily it would seem like overkill to list each one in detail, but seeing as there are so few, and I'm in need of some filler, I'm going to go to town:

This little beauty is actually a wondrously clean cut arête and a technical little number that requires what could possibly be the best double knee manoeuvre in the whole of the Peak Disctict (unless anyone has any other suggestions?). It can be climbed from the stand, or via a low-start, which features a fantastic feat of strength to jump to the arête, which is worth doing in it's own right (not least because there's precious little else to do at the quarry).

Jon Fullwood is a man with an eye for a line, often in the most obscure of places. In this particular place he spotted an excellent highball line above a most unexcellent pile of scrap tyres. That said, the tyres do have the added benefit of a bit of cushioning, as the fall is quite a long way and a single layer of pads may be quite an abrupt landing under usual circumstances. As such, blessed are the fly-tippers…at least on this occasion… The problem is also pretty much perma-dry, making it one of very few options for when everything else is wet in the Peak.

In between the previous two problems is one of the Peak's formative 'last great problems', which goes up the highly unlikely shield of rock with just enough holds to make it look vaguely plausible. In 2014 Tom Newman proved it was when he lanked his way to high hell and made the first ascent. Nowadays I'm not sure it sees so much action, but who knows what the future holds…

And so there you have it: Harthill Quarry. One of the Big Three, The Triple H, and no doubt one of the finest quarries in/around a five mile radius of Birchover.

If you're in the area, why not pop by and show it some love - Christ knows it needs it.

A rainy day at Harthill Quarry from Nan on Vimeo.

Ultimate Circuits: Combeshead and Down Tor 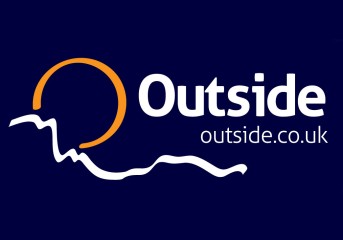 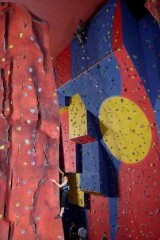 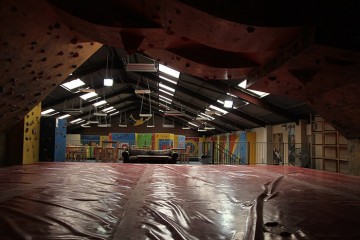 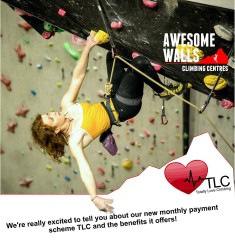 Competed there on a trials bike several times, nice venue, even if I once damaged a couple of ribs after an unfortunate coming together with a rather large rock.

Always thought that there were some impressive looking climbs there but the top-outs put me off.   I do know someone who has done a couple of routes there, he confirmed my opinion of the finishes.

Looks like what White Goods was 10 years ago. A bit of a clear up and trimming veg could go a long way, the problems look fantastic. Everyone loves the underdog!

Probably going to get slammed by the ethics police here.

The place needs some chains at the top of the good rock band to avoid the death traps up top.

There are a few other old grit quarries scattered around that would gain from having this approach due to the issues with the top layer of rock being rotten.

I really wish you hadn't written this, because now I'm going to have to visit the place now when I could be doing something more enjoyable, like stabbing myself in the feet with rusty forks. I quite like the idea of bolted lower offs...why not?

Some of the locals aren't the friendliest, we were threatened with some very sharp looking farming tools walking back through the quarry from the clifftop boulder. We were told climbing wasn't allowed there and to leave straight away or else, never had any issues before and didn't put us off going back but I've never met someone that aggressive at a crag before.