The striking vertical lines of orange sandstone contrast against the vivid green leaves on the surrounding trees. Hidden from view, and as they say 'out of sight, out of mind', the sandstone quarry of Nesscliffe isn't the first venue to spring to mind when climbers think of quarried trad...

In this article local legend Ed Booth takes us on a tour of the perfect corners and aretes of Nesscliffe.

Nesscliffe is situated approximately 8 miles west of Shrewsbury, sitting above the A5 and the small village Nesscliffe itself. Prior to the bypass being built in 2006, people had to drive through the village on their way to North Wales. Now, people go along the bypass and probably look over and catch small glimpses of orange cliffs poking out above the trees.

It has always been known as the place that people drive past on the way to North Wales, but that they have never actually stopped to climb at. I have friends that have finally 'called in for a look' after having had all the intentions for the last however many years only to be highly impressed, damning themselves for not having been sooner and planning their next return hit. It has to be said, when you see the place for the first time, there are some truly jaw-dropping lines. Even as a well acquainted local, the main quarry still impresses me every time I go in there.

Nesscliffe (more intimately known to people as "Ness") is all about the lines. Being predominantly quarried, many of the routes are either blank looking perfect 90 degree corners or equally impressive soaring 90 degree aretes, interspersed with incredible clean pockety face climbs. Being soft red sandstone, some of the climbs can take a bit of getting used to, although the majority of the popular climbs aren't too bad for sandiness. the rock type leads to almost a cross between millstone grit and limestone for climbing style. Albeit slightly sandier. The climbs are generally based around pockets and utilising the numerous breaks that intersect the cliffs. Some routes also feature ancient chiseled holds from the early explorers. Whilst this sort of act is not accepted nowadays, they certainly left a fine collection of well designed additions to the crag.

Being only a few minutes walk from the car, it has a friendly feel to it. It is important to not let this fool you into a false sense of security. The rock is soft and people have ripped gear placements that seem solid, sometimes with unexpected large amounts of rock around the placement blowing. This is amplified more when following periods of rain when the rock is weaker. As with any crag, fixed gear may prove not as helpful as it looks from the floor and should be treated with caution or checked prior to an ascent.

Locals have long held a tradition of utilising the quick access and numerous well positioned trees to set up top ropes, prior to the 'head point'. It is worth noting that many rigging ropes have been worn to the core in a single session if not protected appropriately over the edge. This is important to avoid damaging the the soft rock as well.

In recent years, more and more of the harder climbs have been climbed in an on sight style and the crag provides a great challenge across different styles depending on what you are looking for.

As well as the great route climbing, Ness has become very popular as a bouldering destination with some small outcrop sections seemingly purpose built such as the Northumberland Terrace, as well as lots of great problems on The Far Buttress.

Batman (HVS 5a) HVS 4c. A nicely protected layback up a good corner crack, before a runout up left leads to easier ground.

Red Square (E2 5b) E1 5b. Classic. Many people's first route at the crag. Old school corner crack on good rock. Well Protected. Has been top roped in under a minute by the crag caretaker.

Pot Noodle (E3 6a) E3 6a. Upper end of the grade. A dangerous lower half on reasonable holds gives access to the excellent upper crack.

Marlene (E4 6a) E4 6a. It used to have more pegs in it, some have now disappeared leaving a bolder proposition.

Yukan II (E7 6b) E6 6b. This has become very popular over recent years meaning it has cleaned up nicely. numerous in situ pegs protect accompanied by a few cams. F7b ish. Made famous by the brilliant front cover shot of Ali Martindale.

Sunburst (E7 6c) E7 6c. Martin Crocker came in the early 2000's and finished many remaining gaps. Quite a few were unclimbed for a reason, this one is a gem though.

Local Rite. E8 6c. Me and Nick Dixon had great fun climbing this mega arete in the main quarry. It's really involved and one of the best lines anywhere. The top arete is a great E7 in it's own right. Birkett repeated it and rated it.

A Thousand Setting Suns (E9 7a) E9 7a. Nick Dixon's Pièce de résistance. A bold E7/8 to two pegs followed by a V7 groove after a shake out on two shallow monos. Form an orderly queue.

I have missed lots of routes that deserve a mention but above is a reasonable ticklist to get you started. They are all worth climbing and well showcased in Nick Dixon's great guidebook.

Nescafe can be visited all year round. Summer and Spring can give some wonderful sunsets transforming the crag into a glowing red amphitheater whilst coinciding with cool afternoon/evening conditions. Autumn and winter can be great as long as it hasn't rained for a few days.

The big lines in the quarry usually suffer from rising damp and lack of traffic, however after a good spell of warm weather and an hour invested cleaning with a SOFT brush they come up alright.

From the A5 west of Shrewsbury, roundabouts at either end of the Nesscliffe Bypass are signed for the village. Follow the old A5 to the village. Turn up the road opposite the The Old Three Pigeons pub and follow for a mile to a small car park on the right. the path leads rightwards from here to the crags in about 5/10 minutes.

There are a couple of campsites nearby. The Oswestry Camping and Caravanning site at Kinnerley, and The Royal Hill near Pentre which is a great pub and located on the bank of the river. They do a pizza night every Tuesday which is very popular. Numerous hotels can be found in Shrewsbury and Oswestry, each only 8 miles away.

Highsports in Shrewsbury town centre is an enthusiastically run local climbing shop providing everything you could need for a trip to Nesscliffe, including the guidebooks, which they have on their website. 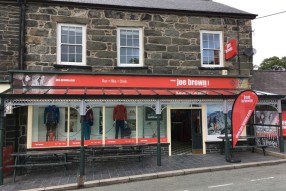 The nearest supermarket is the Cooperative at Bicton. When heading back towards Shrewsbury along the A5, take the first left at the first roundabout (signed Shrewsbury town centre) and it's half a mile along on the left.

Alternatively the petrol station in Nesscliffe village provides a variety of stuff.

A visit to Nesscliffe isn't the same without a call in The Old Three Pigeons pub. They have good beer and doing good pub food for a reasonable cost.

Nick Dixon's Nesscliffe guide and updated supplement covers the whole crag and is a labour of love from a very talented climber who has spent lots of time at this crag and modernised it by adding a lot of high quality hard climbs. The bundle also includes a DVD of some local antics to help get you inspired.

The Highsport's Shropshire bouldering guide is currently out of print. An updated edition is expected at some point. Covers other local areas such as Grinshill.

Boulder Britain contains a small selection of problems at Nesscliffe. 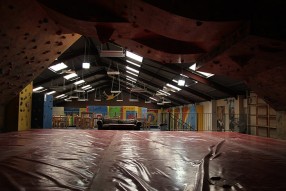 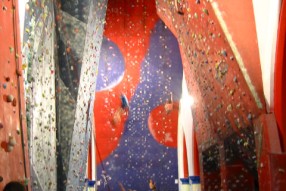 Ed Booth is the younger half of the 'Booth Brothers' - two very motivated climbers from Shrewbury. Ed works as a fire fighter and has climbed extensively at Nesscliffe, with hard repeats and first ascents to his name.

He has climbed up to E9 in the UK, and recently topped out on El Capitan in Yosemite after climbing The Nose.

Steve McClure has made the first ascent of the now infamous headwall project at Nesscliffe, naming it GreatNess Wall and grading...

Following on from Nick Dixon's recent ascent of Cassini (reported last month) Nesscliffe has very much been in vogue amongst...

Nick Dixon has completed his project at Nesscliffe, Shropshire, which takes a direct line up the wall left of Une Jeune Fille...

Will Hunt
1 Jun, 2016
Any ideas for the must-do boulder problems up to about 7B? I'm going to a wedding in Nesscliffe village in July but likely to only pop in for a boulder (if that!).
Ed Booth
1 Jun, 2016
All the problems at the terrace will fit around that grade. Just below and above and really good.
RKernan
1 Jun, 2016
Small (but hilarious) typo:
Add Comment
Loading Notifications...
Facebook Twitter Copy Email LinkedIn Pinterest