A Tribute to Marc-André Leclerc Article

Tom Livingstone pens a tribute to Marc-André Leclerc, who died earlier this month near Juneau, Alaska together with his climbing partner Ryan Johnson whilst descending from the Mendenhall Towers (UKC News Report).

Firstly, my thoughts are with Marc-Andre's family, friends and his girlfriend Brette. I also wish to send my condolences to George 'Ryan' Johnson's family and friends. I recently shared some great adventures with Marc-Andre, and was asked to write a few words after his and Ryan's recent disappearance in Alaska.

I heard of Marc-Andre's astonishing solos long before meeting him. I soon discovered that beneath the achievements was a humble, friendly climber whose energy for life and climbing burnt brightly. Marc was unburdened by time, the modern pressures of a young climber (such as social media), and the concept of alpinism as a competition. You only have to read his account of soloing in the Rockies to see he cared most about true adventure.

It seems incomprehensible to be writing a tribute to someone who was so talented, so strong and so relaxed. What makes this tragedy so much harder is that Marc was only 25 years old. He was setting the world on fire…but that was only his initial spark.

Marc-Andre had mentioned his winter project on Mt. Slesse, in the Canadian Cascade range, to Uisdean Hawthorn and I in 2016. 'Dudes, it's awesome! It's never had a winter ascent, I reckon there's a new line! It's so steep, I think you'd need a portaledge,' said Marc.

The following year, I messaged Marc and said I was keen to try his winter project with him. Marc agreed, and soon I was booking flights to spend January in Canada. I could sense Marc's enthusiasm and passion: his motivation was pure and intrinsic. He was psyched simply because he enjoyed climbing - it gave him total pleasure. There was no need to perform for others. He was psyched because it was always fun.

When I arrived at the start of January, the forecast showed a couple days of good weather and Marc was full of energy - a theme which would continue throughout my trip. In the haze of jet-lag, I agreed to all plans, and suddenly was surrounded by stoked Canadians, skiing up to Slesse. In true North American style, Marc had organised a helicopter to fly supplies to our 'base camp,' thus allowing us to utilise the good weather for climbing rather than load carrying. Brette (Marc's girlfriend) and Kieran joined us, and my foggy mind cleared as we climbed higher into the alpine. We left the dense tree line below, the mountain scene opening like a stage. I breathed fresh air deep into my lungs.

Marc's 'Mega Proj' wasn't yet fully formed; ice is required in some parts. Warm temperatures directed us to make the first winter ascent of Navigator Wall: a 700m 6b rock climb with steep mixed pitches. It translated well to winter: thin cracks for our picks, well-featured rock and blobs of turf, ice and snow to aim for. I was impressed Marc had soloed this route in summer, describing it as 'pretty casual really.' His knowledge of Navigator Wall (and Slesse in general) was very helpful, and he exuded a confident air. I saw a man in his element, in his own backyard playground.

A Breakfast of Champions usually started each day. At first, I suggested a quicker start, but soon enjoyed Marc's fry-ups: bacon, avocado, eggs, mushrooms on toast, smoothie and coffee. It fuelled us for the walk-ins as we exchanged our native colloquialisms. Marc explained 'rugged' and 'rowdy' to me; I offered 'drongos' and 'get tae fuck' as a useful Scottish expression. Perhaps I should've taught him the Queen's English, 'old chap.' Somehow I knew Marc's quiet, confident nature meant he was already well familiar with the world. After all, you don't solo Cerro Torre without a clear idea of what's at stake.

Marc was so casual and laidback one could almost forget his world-class accomplishments. When discussing which rope systems to use for the Mega-Proj, I described using a fancy 5.5mm tagline I'd used when bailing off the Slovak Direct in Alaska. Marc agreed: 'I used something similar when I was in last in Patagonia.'

'Oh yes - that's right,' I remembered. 'Perhaps when Marc soloed the Corkscrew route on Cerro Torre; or when he climbed a direct new route on the same mountain with Colin Haley; or when he soloed Aguja Standhardt.' And so on.

Another opportunity arrived for us to head back to Slesse with Brette and Kieran, but with recent snowfall and freezing levels way above the summits, we knew there would be no real chance for climbing. We passed the time by building a ski jump ('booter') and took turns launching ourselves off it - again, for the simple pleasure and enjoyment. Between jumps, Marc pointed out his and Brette's new rock route on the opposite side of the valley, which looked like a gleaming diamond in the sunshine.

We travelled around in Marc's 27-year-old Suzuki 4x4, nicknamed 'The Red Rocket.' It was surprisingly reliable for a car that was older than Marc, with 350,000km on the clock. It coped well with our off-road antics - particularly the 270-degree spin into a snow bank on the Icefields Parkway. One second we were cruising down an icy road; the next, spinning, snow blurring, guidebooks flying… then a crunch as we slid into the verge. We jumped out, laughing giddily, a bit of adrenaline for our tired minds. Several concerned women got out of the car behind: wide eyed, shocked and anxious. 'Are you alright?' they asked. Our laughing only confused them further, and the trusty Rocket ploughed easily out of the snow.

During mixed weather in the middle of my trip, Marc eagerly suggested we go skiing. 'It's all good fun,' he said, and his psyche was infectious. The powder skiing was amazing, and I had to accept: when fresh snow fell, it was easy to glide - more like charge - downhill. Skiing became a sheer act of enjoyment, as powder sprayed over our heads and we flew between the old growth pines. Laughing and whooping, lap after lap, we took our fill.

The Rockies looked settled for the end of my trip, and they were 'only' ten hours up the road, so Marc and I packed into the Rocket and took off. The promise of decent weather and frozen water lured us. We attempted a route called Dirty Love, but after getting schooled we came back to town, joking about our 'failure' and taking the piss out of social media.

Our final option was nearly too easy. No Phobia is a dry tooling route in the Ghost, promising maximum safety and minimum faff after all our alpine exploits. Whilst trying on fruit boots, we joked about the contrast between this and Dirty Love (an unrepeated Rockies mixed line), and how it was the beginning of the end. 'Us, trying on fruit boots to go dry tooling?! It's all over now!'

Thankfully, Marc's wild ideas shone through and we settled for the north face of Ha Ling, above Canmore. It boasted roadside multi-pitch routes, 500m of climbing, very few bolts, and had never seen a winter ascent.

I'll save the story of our attempt at Ha Ling for another time, and simply let the short video clip do the talking. Some adventures are best kept as personal, whole memories, unshared, untainted by words. Although we attempted a winter ascent over two days and had a great experience, ultimately we ended back at the base, in the dark, a storm raging… but sated.

And Mt. Slesse? If - or when - Marc's Mega Proj is climbed, it might be a fitting tribute. Very few people have heard of Slesse, but it'll surely be an incredible route. Marc was a world-class climber, but without the ego. He was relaxed, self-assured, and felt no pressure to perform for others - because his motivation came from within. He was quick to laugh, patient, kind… and made the most amazing breakfasts.

He will be sorely missed. The bright flame of his energy will burn strongly for years to come, passed on to countless others. I'll always remember his passion for climbing in the mountains.

This video is blocked because you have disabled Social Media cookies
Please enable them to view the content
UKC Articles and Gear Reviews by Tom Livingstone
Latest Articles Features
Share:
UKC Advertising 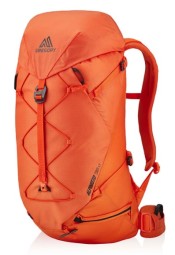