Exclusive Excerpt from 'The Bond' by Simon McCartney

Vertebrate Publishing19th July, 2016
This has been read 5,425 times
Brand: Vertebrate Publishing
Simon McCartney was a cocky young British alpinist climbing many of the hardest routes in the Alps during the late seventies, but it was a chance meeting in Chamonix in 1977 with Californian ‘Stonemaster’ Jack Roberts that would dramatically change both their lives – and almost end Simon’s.

Simon McCartney was born in London in 1955 and was introduced to the mountains of the UK by his father, Mac. He became addicted to climbing in his early teens and spent his school holidays climbing all over the UK.

A fine season in 1977 as the sorcerer’s apprentice to Dave Wilkinson, one of Britain’s leading alpinists, produced a number of paradigm-changing climbs. A first and extreme ascent in the Bernese Oberland and a string of second ascents and test-piece climbs around Chamonix changed Simon’s perspective on what was possible. The pair attempted a summer ascent of the north face of the Eiger but were thwarted by poor weather. Simon climbed the route in the winter of 1979.

In 1977 Simon met Californian ‘Stonemaster’ Jack Roberts in a Chamonix bar. A partnership was formed and the pair went on to test the limits of their ability on two remarkable first ascents in Alaska, the second of which, on Denali in 1980, effectively ended Simon’s climbing career.

The Bond is his first book and below is an excerpt which recounts Jack and Simon making their attempt on the south-west face of Denali.

We promise ourselves that tomorrow night we will be more comfortable. I think to myself that we will need to be; it is too early on such a big climb to be undergoing this sort of hardship and we will weaken quickly if we cannot look after ourselves. Jack says he is so tired he is beginning to hallucinate and his honesty allows me to confess that I feel a little the same. I think the altitude is affecting us both.

I am glad I spent the money on the best down parka that I could buy, a beautiful ‘Redline’ from Mountain Equipment in the UK. Jack has a parka filled with something called ‘Thinsulate’. It may be the latest clothing technology but it does not look as warm as my Redline. Jack is a gadget freak at heart and will always try the latest thing. I suspect he got a deal on the jacket and that is why he brought it. I hope he is warm enough.

We have climbed about 1,600 feet today. Not bad, not great. If we can keep that pace we will spend only three days in the rock band. My worry is that we won’t keep the pace because the photo tells me that it will get steeper as the air gets thinner.

We had a fitful bivouac; I eventually put on my Thinsulate parka, down leggings and got into my vapour barrier liner. I managed to remain in a dream state until 4 a.m. We were up and going when it got warm at about 7 a.m. The weather is still looking brilliant, blues skies bordered with white cirrus clouds.

We’re really getting some gobsmacking views of Mount Hunter, Foraker and most of Alaska.

The first two pitches were the most desperate.

There is snow in the back of a bent crack that overhangs two ways. Simon leads and almost falls off. I jumar; it must have been a scary lead since the protection is shitty at best. We alternate leads from there on, snow and rock pitches, really sustained hard rock climbing.

We traverse around and go up left diagonally again, hard desperate work at 14,000 feet. I am feeling weak; my feet are warm but they are killing me. They hurt worse than my back, which hurts worse than my left shoulder, which hurts worse than my brain. The heels of my feet are bleeding, blisters torn from my flesh; it is hard to front point that is for certain. I wish I had a better head for this mixed stuff but I don’t seem to be able to concentrate. Fortunately Simon has his head on.

My mind wanders continually back to Daisy. I don’t know why I miss her now; just at this very moment it is hard to believe she is dead.

Then I think about Richard dying on his cycle. I suppose it is because I am terrified of this face and what could happen to us should a big storm hit that I am so obsessed with the dead. Man, I am scared shitless, I don’t want to die, not here, somewhere else. Simon feels it too and somehow sharing this fear with each other makes it easier to bear.

Perhaps it is the mind’s way of distracting me from what is really happening, because if I sat down and calmly thought about what we are doing, the size of the face, bad weather potential etc., I would freak out and not do it. So in order to cope with the potential seriousness of actually freaking out badly the mind creates distractions.

I am glad Simon is here with me; since Huntington there is no one else I could go this far out on a limb with.

Now we are in an area that should be easy, but somehow the dragon turns its arse in our direction and farts.

The next and last full pitch of the day is Simon’s and really discouraging: mixed rock, ice and snow around the corner to the base of a snow-choked chimney, which overhangs at the top. I watch him make truly frightening gains, screaming in wildly controlled desperation mixed with the agile body of a gymnast and the look of a crazed wildman on this 5.9 overhanging nightmare in his double boots, crampons and his pack!

It was beautiful to behold him climbing but terrible to follow!

The jumars are frozen up and slip with me attached to them, but the cord from one of them jams in a crack, stopping my plummet into the frozen depths below. It leaves me suspended in frozen animation some ten feet off the deck, hanging from my Swami belt which is slowly but surely cutting off my circulation.

Swinging into a small ledge enables me to get my weight off the rope and to restore some semblance of normal breathing. Then, after a rest, I get Simon to lower me down to regain the ropes and tie in normally. After much trashing, grunting, pulling and heaving myself up the crack I do get up and collapse on the belay.

Simon goes another eighty feet and sees a ledge and up I come. We can see glimpses of our ice-filled dihedral from here and it is much steeper than we had thought.

Tonight will be another open-air bivvy but this time at least there is a ledge and it is dry. We cannot pitch the tent but this time we can use it as a bivouac bag at least so we can get into our sleeping bags and be warm.

We have an evening meal and I am settled into the pit. We decide to call the pitch ‘the Fissure McCartney’ before we say goodnight.

My hand is beginning to freeze, so tightly do I have it jammed in the crack. I am losing sensation and fear I will let go accidentally. My hand is also bleeding from the abrasion of the sharp granite and my blood is acting as a lubricant; unless I solve this next move very soon I will fall and be smashed on the rocks below. I am too far from my last protection now. I must not fall.

The points of my crampons grind and move on the small footholds and my pack pushes me out of the chimney, which is now overhanging. I scream, scream from adrenaline, scream in fear, and scream at the mountain: ‘Let me pass!’

There is a ledge above me. It’s my only hope but I cannot reach it. In desperation I pull my ice axe from the holster on my waist and toss it so I can let go of the head and catch it again at the base of the shaft. With the axe my arm is two feet longer and I reach up with one hooked steel finger towards the ledge.

With a metallic sound I hook the pick over the lip and test the grip. The axe wobbles on its point but does not slip when I pull gently. Time to move. All my options will be over in seconds if I do not.

I pull hard. The crampon on my right foot twists and loses purchase and skates off the rock. Almost all of my weight is hanging off the tenuous grip I have on the shaft of my axe.

I scream. And then nothing.

Something is holding me tightly, squeezing me with a powerful grip. I open my eyes searching for my captor.

I seem to know the voice and slowly the veil of confusion subsides as I recognise that it is Jack who grips my arms. My chest is heaving; my pulse is racing. I have awoken from a nightmare but I am not back in Kansas. I have exchanged one bad dream for the same in reality. There is a bloody bandage around my right hand, evidence of my journey.

I sleep fitfully and wake often with a bad headache. It feels like a terrible hangover and I am a little nauseous too. It is the feeling that I had once when I climbed Mont Blanc unacclimatised, so I guess my ailment is altitude-related. I hope I get over it: we have a long way to go and we have still not reached the halfway point of the technical section, or the crux where the big boulder is.

That overhanging chimney could have been the end of me. I nearly fell twice today. This is insanity. I never allow myself to get out of control like that, but what choice do we have? It is too late now: we cannot get down and if we cannot climb the rock band we are dead men.

The Bond is out on 28th July, but if you'd like to pre-order your copy now visit the Vertebrate Publishing Website.

Return to Latest Articles or view other Features 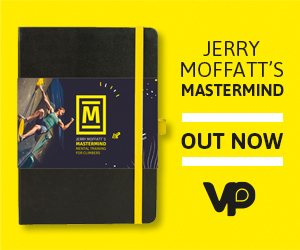 The Bond of Mt Huntington

Cyborg-Climbers - Come to your Senses!

Misha
19 Jul, 2016
Sounds gnarly...
Rob Greenwood - UKClimbing
20 Jul, 2016
Misha, it's just got that bit gnarlier. The copy we were sent over originally said the Cassin Route, but I've since received an email from the author confirming it was actually their attempt on the south-west face of Denali - quite a difference!!! I'm not sure whether he'd appreciate me saying it, but Jon Barton of Vertebrate Publishing has suggested that this is potentially the best book they have ever published - quite an accolade when you look at the long list of other books they've published over the past few years. I look forward to reading it.
Misha
20 Jul, 2016
Sounds great. Not an expert on Alaskan climbing but I did wonder why it was so hard if it was the Cassin, which I thought was doable for mere mortals (mind you, these guys weren't mere mortals by the sound of it). Enjoyed Troll Wall, this sounds similar but even more 'exciting'!
Damo
21 Jul, 2016
Excerptional !
hokkyokusei
21 Jul, 2016
That had me gripped so quickly I ordered a copy.
More Comments
Add Comment