Share
Doug Scott 30th July, 2012
This has been read 7,075 times
Share
A memorial service for Roger Payne, the climber and mountain guide who was tragically killed on Mont Maudit recently, took place at Askew Road Church, London on Saturday 28th July 2012. Doug Scott gave the appreciation of Roger at the service.

In this article are Doug's words exactly as he delivered them.

The deep pain that is felt at the death of every friendly soul arises from the feeling that there is in every individual something which is inexpressible, peculiar to him alone, and is, therefore, absolutely and irretrievably lost.

..... except that for me and I am sure for all of us who knew Roger Payne we keep on seeing that cheeky, disarming smile of his in so many places where his life touched ours and still two weeks after that fatal avalanche, many times a day.

It is as if he is still there, always so positive and passionate, ready to help and advise, or agreeing to meet up for a drink or a climb, as if he's only just gone away for the weekend.
There have been some wonderful appreciations put together of Roger from Ed Douglas, Steve Goodwin, Dave Morris, Bob Pettigrew, Ian Peters and now Derek Walker. They have all indicated that Roger touched the lives of thousands of climbers and people in organisations connected with climbing over the last twenty years, as a gifted and innovative administrator when Chief Officer and General Secretary for the BMC, as Sports and Development Director of the UIAA under Ian McNaught-Davis' Presidency and as President of the BMG.

I would like to read out a letter I received from Nazir Sabir who took part in the International Peace Climb that Roger organised a few years ago.

"Roger Payne was really a gem of a person as he had made a tremendous contribution to promote mountaineering activities world-wide. I last met him during the Peace Climb for Indians and Pakistan climbers that he organised on the Monch. At the end of the climb I and Sher Khan (along with Harish Kapadia and Mandeep Singh) stayed with him and Julie-Ann and had some memorable days in Leysin. We stayed in touch ever since. Our dear friend will be remembered and missed always as a very trusted friend. May his soul rest in peace and the eternal beauties like his life was full of grace and beauty here. May God give courage to Julie-Ann who besides being a beautiful person was his life partner and most trusted climbing partner who will keep us, in some way, in touch with his legacy." Everywhere he went to help others, Iran, Sikkim, all over Europe, Roger is remembered with affection.

I would now like to mention how much Roger helped me, with my creaky limbs, to continue climbing. Never once did he refuse my tongue in cheek invitation for me to take him climbing when he would always suggest the crag, the route, drive us out and lead the climb on his equipment. Everything was perfectly arranged and the climb just within my lowly range which Roger seemed to enjoy as much as I did. In fact it was in the hope of climbing more and harder with him that I decided to have a new hip. Now I shall have to take Julie-Ann climbing!!!

As BMC rep to the UIAA I was confronted with huge governance issues last year for which I was totally unprepared having had very little to do with climbing administration and politics other than the rather gentlemanly Alpine Club Presidency.

Roger along with Alan Blackshaw and Bob Pettigrew helped guide me through to a successful conclusion whereby the last UIAA President and certain Board members were voted out of office. All I want to say about that here is that Roger had considerable experience of the politics and Machiavellian ways of this global umbrella organisation for climbing. He was well placed to help such organisations everywhere. Roger had witnessed the premature ending of Alan Blackshaw's Presidency.
However, he always remained optimistic and steeped himself in the philosophy of organisations and how to uphold high standards in public life.

Roger wrote to the BMC on these issues the very day before the avalanche. There was a lot of wisdom in the letter. This is what he wrote, "For the future it is very important for those in positions of responsibility in the BMC and UIAA to be aware of the vulnerabilities an International Federation is exposed to and to know something about the circumstances that surrounded Alan Blackshaw's resignation. Alan's report.... is essential reading for anyone who wants to understand what happened in the UIAA and how to avoid such problems in the future.... to fulfil its potential as an International Federation for climbers and mountaineers. The letter ends typically, "on the more up-lifting note please visit the links below for some images and a short video about Jamie Andrew's plan to climb the Matterhorn in August."

It is an honour and also a privilege to be asked to make this appreciation of Roger. It is hard to accept he has gone and so as usual I recall the Sherpa concept "that the body is but a garment to put on and take off." It is just so sad for all his friends, family and Julie-Ann that he took his garment off after only 55 years, but what an impression he made, what a significant and visionary life he lead during his 20 exploratory expeditions with Julie-Ann to the Himalaya, Karakoram and Central Asia; with such initiatives as the National Mountain Museum at Rheged and the Mountain Heritage Trust – launching the BMC's Summit Magazine, steering the UIAA towards involving China and India not to mention the Olympic Movement and UN environmental organisations. He helped to establish Ski Mountaineering and Ice Climbing competitions as part of the UIAA's rapidly expanding portfolio during his time. Then there was the establishing of 'model instructor training standards', raising awareness of the dangerous effects of global warming on Himalayan communities, pushing for cross border Mountain Peace Parks, putting in place community projects to lift the rural poor of the Karakoram. He was both leader and team player, climber and campaigner to solve social and environmental problems. Ultimately it was all that he did for others that brought so many of us together in Switzerland and now here and all those that are planning to be in Manchester later and always that open smiling face of his. 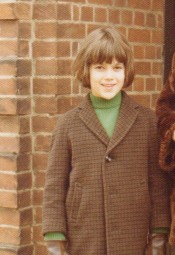