During the Second World War over sixty million people were killed. Countries were torn apart. The impact on Europe was so catastrophic that it took decades for the continent to recover.

Throughout those terrible years of war virtually all climbing development halted. Frivolous activities were suddenly relegated to the back of the queue. The world had more pressing things to concentrate on than climbing up bits of rock.

In Berlin, the centre of Hitler's Nazi regime, several huge, concrete anti-aircraft towers (Flakturme) were built as part of the city's defences. Only one of those, the Humboldthain Flakturm, constructed in the early 1940's, is still standing today.

Climbing offers us an excuse to travel the world and to see its wild places; the mountains and cliffs, the coast, the national parks. Rarely does it take us on a journey through history in the way that climbing in Berlin does.

Berlin is a city devoid of rock. It's a flat sprawling urban mass, it has no natural climbing or mountainous areas, and therefore it's not very high on the travelling climber's list. But sprouting from the city centre is a concrete crag.

The Humboldthain Flakturm or 'The Bunker', as it is known amongst climbers, has around 70 routes equipped with bolts and lower-offs. The holds that make climbing possible on this smooth-walled concrete hulk are a mixture of holes and cracks blown out by wartime gunfire, plus a smattering of chipped crimps created by climbers.

The setting is suitably drab. The climbing is on the sunless north side. Rubbish is scatted across the dirt ground. Graffiti covers the base of the wall in a ring of rebellious colour; the bright paint stark against the grey of the city. The top of the bunker is fenced with barbed wire. This is not Yosemite National Park.

And yet it is one of the most moving places I have climbed.

Climbing is many things to many people, and it often seems very important. I lose myself in setting goals, planning my training and focussing hard on my climbing. But visiting a place like The Bunker was a strong reminder that sometimes climbing has to go to the back of the queue. 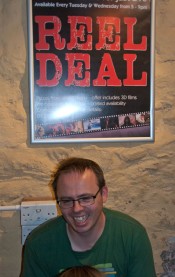 Everest - Sucking on the barrel

Winter Climbing - Where Next?

Where's Your Head At? Keep Mental Health in Check Post-Lockdown

The Last Ice Man of Chimborazo

Peregrines in the White Peak

Tom Last
23 Feb, 2011
I was really enjoying this article Jack, you'd engaged my interest and was drawing me in, when it just stopped half way thr...
Lil_Pete
23 Feb, 2011
What sort of grade spread and topos are available? Very much enjoyed the article, short as it was; very emotive.
Lil_Pete
23 Feb, 2011
On further research, The 'Berlin Bunker' Topos - http://www.climbing-area.info/gebiete/bunker/bunker_main.htm all grades are DDR with F7a being around 9.
Chris Craggs
23 Feb, 2011
Very evocative, especially the juxtaposition of old b & w shot and the modern version. Chris
Quarryboy
23 Feb, 2011
The hardest route there is 10- (8a)
More Comments
Add Comment
Loading Notifications...
Facebook Twitter Copy Email LinkedIn Pinterest