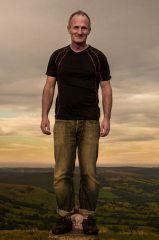 The young German climber, 19 year old Alexander Megos made quick work of the four steep PROject routes at a new sector developed for this years The North Face Kalymnos Climbing Festival. The routes, bolted by Jacopo Larcher and team were estimated at 7c+, 8b, 8b/+ and 8c/+.  French climber Caroline Ciavaldini (who climbed a UK E9 earlier this year!) won the women's competition.

But perhaps the biggest prize for Caroline was a suprise wedding that took her now husband James Pearson three months to plan and was held a few days before the competition. James secretly arranged for both their families and friends to be on the island.

The World's Top Climbers Compete In A Friendly Competition

There was $15,000 up for grabs in the PROject competition and competing, but sharing beta, were some of the best sport climbers in the world: Daniel Woods (USA) and Caroline Ciavaldini (FR) represented The North Face and were joined by:

The women's routes were estimated 7c+, 8a, 8b and 8b/+ at this shady morning crag situated north of the popular Ghost Kitchen.

The competition was run over two days, Thursday and Saturday, with the final day streamed live for all to watch. The climbers had to climb the four routes and then were ranked on the number of attempts and routes completed.

As you can see from the results table all did well, but Alex Megos completed the four routes in under 5 hours on the first day of the competition onsighting three of routes and getting the 8c/+ on his second try. He is the first climber to onsight 9a.

Sport, Fun and Prizes For All

Kalymnos is busy in October when the temperatures dip and climbers were here from all around the globe at this internationally important climbing destination, perhaps the most popular in the world. Like last year, if you were on Kalymnos not only could you watch and mix with some of best climbers in the world but you could also compete.

There were two competitions for everybody: the OPEN marathon for pairs of climbers who had to complete as many routes as possible between 3c and 7a, and the BIG Marathon for those climbing between 7a+ and 8a. Grades were assigned points and those with the most won The North Face products with everyone who entered getting a goody bag.

Over 500 climbers entered the OPEN and BIG competitions. You can view the results at www.thenorthfacejournal.com

Then after the days climbing, there was entertainment provided by The North Face StoryTellers collective and The North Face athletes at the Elena Village Hotel including interviews and the premiere of several videos.

"When you enter an online competition you think 'that would be nice to win' and very soon after you forget that you've entered. When an email pings into your inbox to say you've won, big time, it then takes a minute or two to register and at first you think 'is that spam?'.

Then the adrenaline kicks in and it's difficult to stop yourself from wanting to shout whoopee, which would not go down well in the office! This prize was truly amazing. Not only an opportunity to get loads great TNF gear, but training at Glenmore Lodge and then a trip to Kalymnos...epic. The gear was sorted first through Ellis Brigham at Milton Keynes. The staff there were extremely helpful and gave great advice. It was an odd experience at first being able to say 'I'll have one of those' and 'can you order this in' without having to think about the bill. I've now got gear that will equip me for a load of new adventures.

The training at Glenmore Lodge was arranged in time to ensure I had the skills necessary to be safe in Kalymnos and to get the most out of the trip. I have only been climbing for about a year and a half and had not moved onto lead climbing before going to Glenmore, although it was something that I wanted to do soon. The Lodge arranged for Andy Townsend to train a friend and I and after a quick chat on the phone with Andy it was clear that this was to be bespoke to my needs which I think Andy quite enjoyed the opportunity to do. Over 5 days we learnt good movement technique, lead climbing and belaying, and importantly, falling safely. Andy was great at coaxing the best out of us and by the end of the 5 days we were able to lead at 6b, our fingers and feet very sore but with enthusiasm to apply our new knowledge as soon as possible. Glenmore Lodge is a fantastic venue and has a very relaxed and friendly atmosphere.

The trip to Kalymnos came around soon after training at the Lodge. Sharon and Jane at TNF UK did a great job of keeping informed of the arrangements for what appeared to me to be quite complicated but in reality ticked off like swiss clockwork. I went to Kalymnos with my wife, Ruth, who doesn't climb but was willing to belay in exchange for sun and heat. As it happened Glenmore Lodge flew out Mark Chadwick to climb with me so Ruth was able to enjoy herself, something she excelled at when it came to the festival's pool party. She discovered an unexpected liking of Greek larger!

The climbing in Kalymnos is brilliant, the rock so sharp you only need a small crimp to gain surprising amounts of grip, the downside of which is plenty of grazes, a small price to pay. Mark was very good at choosing suitable crags with a range of grades to push me but still provide enjoyment. Aspect was an important consideration as 40m routes in the midday sun is thirsty work. Luckily the crystal clear azure sea provided welcome respite from the heat of trekking up the hillside to the crags. With fairly young children (who I do take climbing) we've always opted for camping in the UK or France for our family holidays. I think now, thanks to this prize, I've found the ideal holiday venue, sun, sea, great food and enough sports routes to last a lifetime. Now to arrange the next 5 days at Glenmore... "

"climbing is an ecomonic diamond for Kalymnos"

With Greece still in an economic downturn the mayor of Kalymnos stressed the importance of climbers visiting the island and events like the The North Face Kalymnos Climbing Festival when he stated that "climbing is an ecomonic diamond for Kalymnos". So if you haven't been yet, it's about time you did and enjoyed the climbing, the sun, the food, the snorkeling and the warm welcome from the Kalymnians.

Kalymnos: The Smooth and the Rough

Kalymnos - Off The Beaten Track

jon
21 Oct, 2013
Jeez Mick, this sounds my idea of hell. Thank god I didn't plan a holiday in Kalymnos during that. Are climbing competitions on natural rock OK again now?
Murd
21 Oct, 2013
Prime example of why a helmet might be a good idea at 1.05 min in the vid
SGD
21 Oct, 2013
Many congratulations to James and Caroline!
bunn.aroundthebloc
21 Oct, 2013
Yeh, short-term economically friendly. But, as the locals wealth increase and they start to invest in their businesses to grow and expand, what happens when climbers get bored of Kalymnos because it is over crowded? Decline.
Muttly
21 Oct, 2013
Congratulations to James and Caroline. He's a lucky man (i'm sure she is lucky too).
More Comments
Add Comment