Women of the Matterhorn

150 years ago, on July 21st 1871, Liverpudlian Lucy Walker became the first woman to climb the Matterhorn. It was at least her nineteenth first female ascent. The nearby Dom, Weisshorn, Lyskamm, Rimpfischhorn, Castor and Zumsteinspitze had already succumbed to her attentions. Whilst the Aiguille Verte, Eiger, and Piz Bernina were examples of her climbs in other mountain areas.

Lucy was the first woman to consistently climb in the Alps and did so at a time when mountaineering was almost exclusively a male preserve. She was the person who broke through this dominance and paved the way for others to follow. Meta Brevoort, an American of Dutch ancestry, who brought her nephew William Coolidge to the Alps in 1865 for his health, started climbing because she had heard of Walker's adventures. Ironically, this culminated in both women climbing the Matterhorn within weeks of each other. Brevoort was disappointed not to be first on the summit but was consoled by becoming the first woman to traverse the summit from Zermatt.

Many other women followed in Walker and Brevoort's wake. Women such as sisters Anna & Ellen Pigeon were the first women to climb the Ober Gabelhorn in 1874 and the first to traverse the Matterhorn from Italy to Switzerland in 1873. Then came people such as Margaret Jackson, Emily Hornby, Mary Isabella Straton, Katherine Richardson and countless others, some of whom we know of but many, many others remain anonymous; their presence only registered as 'a lady' in guide's testimonial books or hotel registers.

These women's achievements flew in the face of nineteenth-century scientific and medical opinion which maintained strenuous exercise & too much education could endanger women's health. Their activities also challenged the stultifying codes of propriety and etiquette that constrained so much and so many in Victorian society. In the mountains, Lucy ground-breaking example, and the women who followed her, discovered a new way of being; somewhere totally free from constraints, a place where they could relax and just enjoy being themselves. Here dresses were shortened, pinafores and stays removed. Everyone, both men and women, slept together under the stars or in barns, cowsheds or basic huts. It was a completely different life to the cloying overprotected middle-class lives of home. One fellow climber in 1879 summed it up:

'Oh the delicious freedom and sense of leisure of those days! ...How we spied grand points of view from rocks above and (having no one to consult, or to keep waiting, or to fidget about us) stormed them with our alpenstocks and scrambled and leaped and laughed and raced as if we were not girls again but downright boys!'

Lucy, like many mountaineers at the time, always celebrated arriving on a summit with champagne. That would be a fitting way to toast the unprecedented achievements of this unsung, witty, quietly talented lady on the 150th anniversary of the first female ascent of the Matterhorn.

To celebrate Lucy Walker's and Meta Brevoort's achievements in 1871 the Alpine Club is hosting a women's meet in Switzerland to climb the routes they climbed 150 years ago. The club would like to invite women who are Alpine Club members to apply for the Women Rise Up meet. In addition, there are a number of places for women not in any of the clubs and two supported places available.  For more details and to apply for a place on the meet click here. Applications close 30th April 2021. 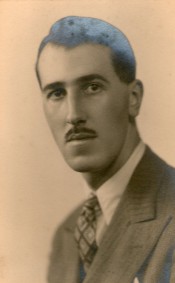 An Ascent of the Matterhorn in 1937 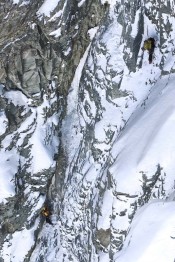 Hervé Barmasse and the Matterhorn

Another notable early female mountaineer of note was Gertrude Bell. Her nearly successful ascent of the Finsterrarhorn was phenomenal for its time and failing just below the summit resulted in a epic descent. 53 hours on the mountain is a long day. A biography of her alpine achievements, rather than her travels and political life, is sadly overdue. Was it GW Young who stated that her attempt was one of the major alpine pre-war achievements. Very few ascents of the N E face of the Finsterrarhorn on the UKC logbooks even to this day.