Parnell and Kirkpatrick repeat Lafaille Route on the Dru

New Topic
This topic has been archived, and won't accept reply postings.
Tom Briggs 21 Feb 2002
News just in - that cheeky chappy, Andy Kirkpatrick and Captain Committed, Ian Parnell have just pulled off an amazing repeat in the Alps. When Jean Christophe Lafaille completed his new route on the west face of the Petit Dru last spring, he declared it "the hardest route in the Alps".

Andy has sent us an update:

"Just back from the Alps and thought I'd keep you informed of my latest
adventure!

After two mammoth and exhausting ferries to the bottom of the Petit Dru,
myself and Ian Parnell began our attempt on the Lafaille route on it's west
face. The route, climbed last year and described as the hardest wall in
Europe, is around 900 metres long and graded A5, M7 and V.

In bad weather we probed for the bottom five pitches (A2 V), finally giving
up and climbing six new pitches up to the terrace in two days (Scottish VII,
NW A2+). At this point, and late in the day as we hauled our haul bag to
the beginning of the upper wall, I pulled a little too hard on the stuck bag
and managed to rip the bottom clip loop of the bag sending our portaledge,
sleeping bags and video camera on a 300 metre plummet onto the Glacier.
Leaving our bag at the belay we made a quick retreat down the North Face,
arriving in the dark to find the ledge smashed but the camera still working,
if a little smashed also.

After returning to Chamonix to borrow Andy Parkin's Portaledge, we returned
two days later and in rain (!!) regained our bag and spent a wet and stormy
night in our ledge.

The following day we climbed some hard mixed climbing and hooking in order
to arrive at the begining of the harder climbing - finding Lafailles rucksack
complete with three tooth brushes at his original high point.

The weather
grew worse in the night.
The following day, with bags soaked and frozen, we waited for the weather to
clear then decided it was better to do something, so I went out and soloed
the A2 pitch above - looking for the crux A5 pitch.

Unfortunately with the
walls covered in hore, I was unable to find this pitch and carried on instead
for 70 metres at which point we decided to make a new route as it was
unclear and impossible to find his route, both due to the bad weather (and I
mean BAD) and the fact that our only topo had dissolved in the damp.

The following day Ian, after a very old school A4 (we graded it A3) pitch,
involving a big swing of a loose 'plate' of granite and a very, very poor
blade, Ian birdbeaked and hooked his way over to some mysterious pegs,
finding his way back onto the route at Lafailles pendulum point above the A5
(what look!!).

The following two days saw better weather, with the gloves almost coming off
(-10 in the sun) and we knocked of three A4 pitches and a potentially deadly
A3. Then the weather turned REALLY BAD.

In Patagonia conditions, we were forced to carry on in 'Slovian' style up the
A4 pitches above, arriving three days later at the junction with the
American Direct. At this point we were both pretty fried, or should I say
'deep frozen', with super cold temps and a low calorie intake making
everything seem impossibly grim, with Ian begining to suffer from very cold
feet and both of us suffering frost nip.

Two more days were spent arriving
at the last two pitches in increasingly worse conditions, with spindift and
hore completely covering everything (too cold for ice in the cracks
though - what luck!).
The porteledge bivis were becoming increasingly grim, with outside temps
down to -20 and below and an average inside temperature of -7. Sleeping
bags began to rot, but not our morale (very Shackleton!!).

The second to last pitch (A4+) was climbed in the worse weather so far, with
Parnell forced to remove his boots repeatedly at the belay in order
to avoid serious frostbite. The pitch proved very hard and potentially
fatal, with a long string of micro wires, beaks, hooks and tied of blades
used to climb a long overhanging seam above the 'Jammed block'. Having
taken a daisy fall onto a horizontal RURP (hand cleaned by parnell, along
with the rest of the pegs and beaks) I realised I'd gone the wrong way,
mistaking some Lafailles pegs as pointing in the direction he'd gone, where it
turned out he'd come back down and climbed up another way instead.

I gave
the pitch new wave A3 because the gear seemed bomber as long as you didn't
fall on it, but Ian thought I was taking the piss (if the RURP had pulled and
I'd stripped the pitch and died I would have graded it A5 perhaps).

The next day we were blessed with good weather for the first time in over a
week, allowing Ian to climb the final A2 pitch, perhaps the most spectacular
aid pitch either of us had ever seen. With the pitch ending at the old bolt
belay used by the film crew who film Profits solo of American direct, we
shook hands in nice weather.

With one days food left, both suffering from extreme fatigue and frostbite
worries, we decided not to press on up the last pitches of the North Face but
to descend back down the route to our ledge and descend the American direct
the following day. Although we made our excuses for not carrying on we new
this let down an otherwise 'proud' ascent, but both of us had nothing left
to give and could think of nothing more then finishing, especially after
days of cruel living on the wall.

The following morning, after throwing off our haul bag (now that you had to
see) we descended back to the Mer de Glace, missing the train at Montenvers,
resulting a the longest walk of our lives back to Chamonix.

Both of us felt that the route was logical and challenging, and a credit to
Lafaille and a major Alpine objective of the modern idiom, and although not
as technical dangerous as hard North American modern walls, has a difficulty
that goes beyond pure climbing, and we both felt this was the most
physically and mentally challenging climb either of us have climbed in the
conditions we encountered. Stevie Haston claims that A5 is impossible in
the Alps which is abosute crap, as there are potential lines up there way
harder then anything on El Cap - something that once the horror fades I'd be
keen to explore furher!~

One final note, we filmed over 15 hours of tape so look out for some serious
gnarl coming your way soon."

Hands sweating? Yet more evidence that British Alpinists are at the cutting edge.
brendonTendon 21 Feb 2002
In reply to Tom, UKC News Editor:

Harrowing stuff, respect is due!
Chris Fryer 21 Feb 2002
In reply to Tom, UKC News Editor: Sounds like a path to me.

but what have they done at Stanage?

I bet JC wouldn't get benighted on the Steck-Salathe (5.9)
Ian P 21 Feb 2002
In reply to bh: Of course he wouldn't he's French, everyone knows they never bivi. In my defense I was just making the most of my climbing opportunity with the lovely Ms Anderson and the excuse of an open bivi sans sleeping bag to get close and... It even worked again on our first attempt on the Nose in a day all though unfortunately Airlie climbed too fast on the Zodiac so I was denied a third session of spoons (don't get too excited little boys actually a well respected alpine technique!).
Anonymous 24 Feb 2002
Ian and Andy:

Would be great to see something new for Mr Haston to have a go at :-P

Fantastic achievement. Very brave to keep on in the bad weather. But do we need this nationalistic ending?
iceaxeboy 24 Feb 2002
In reply to francoise, yes
Shaggy 25 Feb 2002
Francoise,
I think Tom was just making the point (raised on the thread about who to interview next on Rocktalk), that there are a number of British Alpinists who are world-class, but who sometimes appear to be overlooked by the British media.

Alpinism as a whole is overlooked by the British Climbing Press, abd therefore it is significant that we have some real homegrown talent which we ignore at our peril!
Ian and Andy, well done guys!
francoise 25 Feb 2002
In reply to Shaggy:

Any nationalistic flavour makes me very uncomfortable. Maybe that is very personal because myself I live across several nations. Can't we just respect the achievements of alpinists without refering to their country of origin?

It seems that the British climbing press is full of British climbers and that there is little awaremess of other nationalities. I have been lucky to meet some top climbers in Spain, Switzerland and France: none of my British climbing friends have ever heard of them, and by the way, it is the same the other way round. Mention names of current climbers like Johnny Dawes, etc.. and you will get a blank face abroad.

The very British stance of the celebrations of the Everest climb also worries me. Little account seems to be taken of the efforts of all previous non British teams who paved the way to the British success. I just hope that not too many people will be upset by the way the anniversary will be handled. Maybe being in their own nationalistic tunnels they will just not notice!
Doug 25 Feb 2002
In reply to francoise:
I share your concerns about how nationalistic the Everest celebrations will be, particularly if the celebrations of the 50th aniversary of climbing Annapurna here in France are anything to go by. I just wish this sort of chauvinism would disapear from climbing of all forms from bouldering to alpinism

Anonymous 25 Feb 2002
In reply to Shaggy:
'that there are a number of British Alpinists who are world-class, but who sometimes appear to be overlooked by the British media.

Alpinism as a whole is overlooked by the British Climbing Press'

Get your facts right. I know it's not popular on this site but if you take a look at High magazine you'll find that there is a good deal of coverage of the current crop of young British alpinists both in features and in Mountain Info
Shaggy 25 Feb 2002
To give High its due, it is the better of a pretty bad bunch as far as coverage of Alpinism is concerned. The Mountain Info section is a unique selling point, and High should be praised for it.

Coverage goes much further than this though, it means cover features and articles within the magazine itself. And, no, I don't think High is particularly rich in articles or features by any stretch of the imagination. In comparison to many European Magazines (I personally like 'Vertical Roc'), articles focusing on the Alps or Alpine accents in the Greater Ranges is I think distinctly lacking even in 'High'.

There are no 'facts' to get straight, this is just my opinion. But I think it is an opinion which can quite easily vindicated by looking at column inches devoted to Alpinism in 'Vertical Roc' vs. 'High'.

Sorry about Tom skitting your North Face all-in-one as we went down the telepherique at Grand Montet.
New Topic
This topic has been archived, and won't accept reply postings. 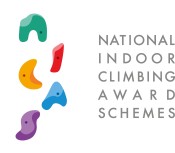 The qualification pathway for Sport Climbing and the other 31 sports in the Paris 2024 Olympic Games have been approved by the Executive Board of the International Olympic Committee (IOC).