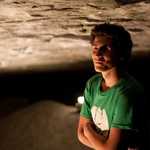 Recently Anthony Gullsten and Tomi Nytorp have repeated one 9a each, thereby becoming the first Finns to do this.
According to the Finnish climbing website < ahref="http://Slouppi.net">Slouppi, and also 27 crags, in just two days, two Finns have joined the elite 9a club.
First, on 16 July, Andy...

So pub question extraordinaire ..... 'how many nationalities have climbers who have climbed F9a'

8a.nu probably has a better idea than most, but my guess would be north of 50 by now. Let's face it, when you add these 2 Finns to the half dozen or whatever Brits who have done it now (can't remember, but Bolger, McClure, Gaskins, McHaffie, Carson plus probably a few) you're nearly at 10 already just off two countries, and there's enough videos/reports of people I've never heard of doing it (http://www.ukclimbing.com/news/item.php?id=67239 most recently) that I reckon 50 can't be unachieveable
TobyA  UKC Supporter 19 Jul 2012
In reply to AJM:

Still seems pretty big news though when folk do 9as.

Although the UK is a country of 60 million and one of the longest history of climbing of any country, so you would expect us along with say France, US, Spain, Italy and Germany to have a few 9a-ers.

Is it? It's certainly big news when someone in the UK does it, because we can relate to them. But I reckon that way more happen abroad by foreigners that we just don't hear about, especially on UkC.

I'm bored/work avoiding, so I had a quick look on 8a.nu. Obviously some people don't log on there, so it may understate. I also couldn't be bothered with checking everyone, so it's possible some people owe high places in the rankings to very good onsighting performances (the way their points system works means you get about as many for a 9a redpoint as an 8b+ onsight) or depth of performance at lower grades (although the score is based on top 10 scoring routes which to an extent mitigates this).

But still, everyone in the top 10 has done one, as you'd expect, and that includes almost none of the Brits mentioned above ( and presumably none of the Finns. The guy at 90 in the all time ranking has, as has the guy at 87, and the girl at 82. If you look at the people in the 50s odd, there are people there I've never heard of either who have ticked one or more.

And there are names like Sharma and most of the Brits mentioned earlier who don't seem to use it or don't make the top 100 (I think McClure, Simpson and Bolger appear).

Have a look, see what you think, but one things for sure, it's significantly more than 10, even my quick sampling (combined with the people above) probably got me nearer to 30.

And in terms of total 9as sent, Ondra has ticked over 60 9a-b routes in his own right. Which isn't the question, obviously, but I found deeply impressive and a sign of how far above even extremely good climbers who have done 1 he really operates.
TobyA  UKC Supporter 19 Jul 2012
In reply to AJM:


> And in terms of total 9as sent, Ondra has ticked over 60 9a-b routes in his own right. Which isn't the question, obviously, but I found deeply impressive and a sign of how far above even extremely good climbers who have done 1 he really operates.

Absolutely true. It also makes me feel that my knowledge of hard sport is always about 6 years out of date because I didn't realise there were 60 9a-b routes worldwide!

from the information here : http://escalade9.wifeo.com/grimpeurs.php

I'm surprised Nalle Hukkataiva hasn't climbed 9a. I know he's a boulderer primarily but he must climb routes too and is in the same category as Daniel Woods, Dave Graham Etc

Considering the tiny population they must have something in the water up there!
HeMa 20 Jul 2012
In reply to Kemics:

> Considering the tiny population they must have something in the water up there!

Or some other contaminants (like last week in Siilinjärvi, sadly nothing in english)...

In Focus Custodians of the Stone