Share
Jack Geldard 9th February, 2009
This has been read 17,725 times
Share
John Gaskins. The name that strikes fear in to the hearts of the World's best boulderers...

John is best known for his desperate limestone boulder problems in Lancashire, plus his unrepeated micro-route Violent New Breed (F9a+) at Giggleswick in Yorkshire.

Many of his boulder problems remain unrepeated, their reputation for having tiny holds and desperate individual moves puts them low on the list of many of today's power-house roof specialists.

The DMM Website quotes: "John Gaskins: No one can pull on smaller holds...".

Perhaps DMM are right, but lakesbloc guru Greg Chapman hasn't been put off. Making good use of the current low temperatures, Greg has succeeded on one of Gaskins' horrors at Fairy Steps, Lancashire. Walk Away (stand-up start) is graded V13 (Font 8B) and is a vertical wall of limestone, smattered with tiny holds.

"I know it's not been repeated before, although I have no idea how many people have tried it." said Greg, after his ascent.

Gaskins first climbed the problem back in 2001 and added an even harder sit start in 2003 (V15/Font 8C) which still remains unrepeated.

Greg described his training for the problem:

"I'd been trying it for the last few months, on and off, probably around seven sessions. Interspersed with plenty of board sessions and campus laddering - this helped a lot, as you need to get quite a bit of momentum out of your arms."

And commented on the grade:

"I had to use a different sequence to John's original high step method - I could get my foot up, but couldn't move. My sequence dyno's (thanks to Chris Davies for sewing that seed) the move from the crozzley “crumpet” hold (left hand), a small two finger crimp (right hand) and goodish but inconveniently placed/angled foothold. Still felt pretty hard and I think I was lucky that the move suited me, this is certainly not my usual level of climbing and as such I have no idea of what the grade would be for my sequence... it's at least English 6c."

Greg Chapman works for Rock + Run as General Manager. You can read more about him on his profile at rockrun.com.

You can view a close up photo of the holds here: 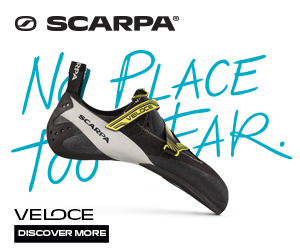 "I have been climbing for over 20 years and in that time visited many of the world's premier climbing destinations; to boulder, sport, and trad climb. Whilst I love travelling and repeating classic lines,...

Lakes based bouldering activist Greg Chapman reports on a large new bouldering area in the Duddon Valley, Cumbria: "Over the last month or so myself and Andy Hebson, have been feverishly working out, cleaning up and documenting a previously unrecorded ... 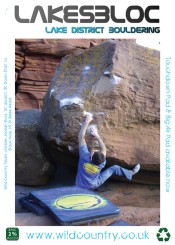 Perhaps the best resource for free bouldering topos in the UK and the only place to get the lowdown on all the latest for Lakes District bouldering...