Canadian Sean McColl has redpointed the second ascent of one of Canada's hardest rock climbs: Dreamcatcher (9a), established in 2005 by Chris Sharma.

The sport route on a huge boulder in Squamish, British Columbia, has so far resisted the efforts of great climbers like Sonnie Trotter and Paul Robinson; it climbs a steep slab to a rightward tending rail of slopers on a severely overhanging wall, followed by a line of piton scars up a seam. McColl first worked on the route one year after Sharma's ascent and returned to it this fall, after returning from the World Cup competition circuit in Europe. In all, he put in about eight days of work into the climb.

See McColl's blog for his own account of Dreamcatcher.

Video of Chris Sharma on Dreamcatcher from the Dosage 4 video by Big Up Productions: 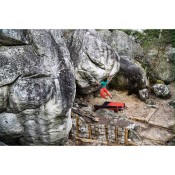 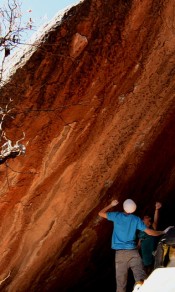 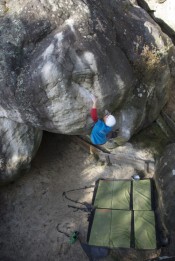 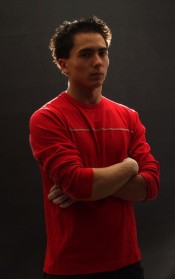 Jeff25
25 Sep, 2009
I must have watched the uptube video of Sharmas ascent at least a dozen times. Such a beautiful line and full of amazing moves. Didn't know it had gone this long before having a second ascent. Welldone Sean McColl.
catt
25 Sep, 2009
Wow, first time I've seen that clip. What a line, that's an inspiring sport route. Good effort Mr. McColl.
snoop6060
25 Sep, 2009
Think it went this long because it totally nails. Some of the top guys who have tried it like Sonnie Trotterand Ethan Pringle could not even do the first moves on the slab that Sharma said were about 7b+. Getting to the rail where the 'hard stuff' starts is meant to be utterly nails.
Iain McKenzie
25 Sep, 2009
very good.
Adam Lincoln
25 Sep, 2009
Pringle found an easier way than Sharma for the move onto the rail. The slab was supposedly v9/10 from what people have said.
More Comments
Add Comment
Loading Notifications...
Facebook Twitter Copy Email LinkedIn Pinterest