There has been some great success for British climbers in Yosemite this Autumn. Hazel Findlay, James McHaffie and Neil Dyer have made the second ascent of Pre-Muir on El Capitain in Yosemite, and Dan McManus and Callum Muskett freed the Golden Gate in 5 days.

The Pre-Muir route weighs in at 5.13c/d overall (around E8 in UK grades) has 33(ish) pitches and was first climbed by Justen Sjong and Rob Miller back in 2007 after several year's of effort. It takes a line up the centre of El Cap following parts of the Muir Wall, The Shaft and The Shield but also includes some 5.13 climbing of its own.

Hazel got her first taste of Yosemite big wall climbing last year with a free ascent of Golden Gate (UKC report and interview). Caff has plenty of experience of big walls but after a terrible trip to Yosemite last year, he had vowed never to return. The pair teamed up again though and were joined by Neil Dyer for their attempt on the Pre-Muir. Meanwhile Dan McManus and Callum Muskett made their attempt on Golden Gate (5.13a).

The crux pitch has to be one of the best pitches I've ever climbed. It starts up a perfect 90 degree corner, with no face holds and no foot holds

Hazel has written an excellent detailed account of their ascent on her blog here which is well worth reading. Overall the route took them 6 days and Hazel and Caff both managed to free every pitch.

Some photos below of the ascent of Pre-Muir below.

Thanks to Tom Evans of Yosemite Report for his photos 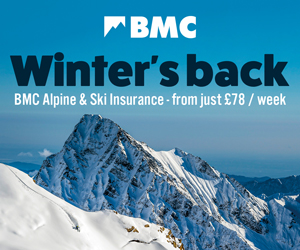 Kipper-Phil Smith
26 Oct, 2012
Great Effort - Hazels Blog is well worth a read.
Ian Patterson
26 Oct, 2012
by - Ian Patterson on - 23:37 Fri Not really sure that e8 quite gets the right feel for this. At 33 pitches with multiple 5.13s including the 2 crux pitches at 5.13c and 5.13c/d climbing this clean in a single push is a great achievement for JM who must currently be one of the best climbers in country, in the case of HF its simply mindblowing.
Alan James - UKC and UKH
27 Oct, 2012
Probably not. I am waiting for more of a report from Caff and/or Hazel but I think they are in transit back from the States. Alan
Terry James Walker
29 Oct, 2012
Note the sponsorship section at the bottom, and nothing there for Neil!!!
Alan James - UKC and UKH
29 Oct, 2012
Happy to add something but I am afraid that I don't know who Neil's sponsors are, or even if he has any. Alan
More Comments
Add Comment
Loading Notifications...
Facebook Twitter Copy Email LinkedIn Pinterest