Share
Jack Geldard 21st November, 2012
This has been read 9,945 times
Share
On the 16th November British alpinists Matt Helliker and Jon Bracey made what is probably the 2nd ascent of Plein Sud (900m, VI, WI4+/5R, M6+) up the wild South Face of the Grandes Jorasses.

After a 7 hour approach through deep snow on the moraines, sketchy wet slabs and the very complex Pra Sec Glacier, the climbers bivouacked at the base of the route.

Temperatures had been high for the time of year and with short daylight hours Jon and Matt started climbing at 3.30am aiming to get to the shaded deep fault 650m up before the sun hit the face. The line, which rarely comes into condition, climbs narrow ice runnels, steep cascade ice and delicate/loose mixed ground up a deep fault line with vertical walls either side. The line controversially finishes about 60metres below the Tronchey ridge after the first ascent team found that the terrain above was un-climbable without the use of bolts. The amazing face and line is easily visible from Val Ferret in Italy.

Matt and Jon had planned to extend Plein Sud to the ridge then to the summit of the Grandes Jorasses, but soon realised why the first ascensionists made the decision to stop roughly a pitch below the ridge. They encountered sizable stacked loose blocks, and the risk of pulling rock off onto the belayer was not justifiable. Even by this point they had already trundled a significant volume of rocks. Disappointed at not being able to carry on to the summit of the Grandes Jorasses, they started abseiling at 2.30pm at which point they described the route below them as being "in total melt down", with streaming water completely stripping the line in places.

They reached their bivouac site at 5.30pm. "We were a little wet after playing in some waterfalls on the way down!" they commented.

Matt and Jon highly rated the climbing on this infrequently traveled face and said:

"This is one of those routes where conditions are rare and extending Plein Sud to the summit would take exceptional conditions, but the route as it stands still gives a fantastic outing and we would like to thank the first ascent team for providing such a great adventure in a beautiful setting – Sergio De Leo, Michel Coranotte, Marcello Sanguineti, Maro Appino."

Matt and Jon are both IFMGA mountain guides and are based out of Chamonix, France where they run a private guiding company. Check out their blog over at vertigoguides.com 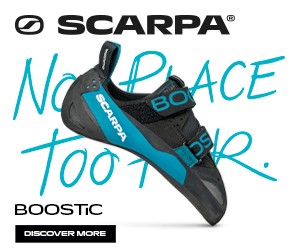 Matt Helliker, Jon Bracey and Pete Whittaker recently teamed up to make two first ascents in the Mont Blanc Massif, Beyond Reason ED V 5+/5c (M6+/R) 550m on the Aiguille des Pélerins as a three and another on the NW shoulder of the Tour Ronde e...

Matt Helliker and Jon Bracey have established a new mixed line, "Past Da Pesto" (M7, 450m) on the NE face of the Aiguille Noire de Peuterey in the Mont Blanc Massif.

On 13th June, Matt Helliker and Rhoslyn Frugtniet completed the first ascent of the Ramp "Super" Challenge on Avon...

Rotatornator: New Route on Tour Ronde by Helliker and Macdonald

New Year Hangover for Helliker and Bracey on the Tour Ronde

Still on the look out for inspiring new routes in the Mont Blanc Massif, Matt Helliker along with Stu...

Highly active British alpinists Matt Helliker and Jon Bracey have climbed what is thought to be a new route on...

MikeLell
21 Nov, 2012
Well done lads! Always enjoy hearing about hard Alpine ascents on here. Could someone please explain to me what the 5R in that grade stands for. Also, the VI could stand for a number of things; Scottish, UIAA rock or the Roman numeral gradings in the Snow Ice and Mixed guidebooks.
Ben Briggs
21 Nov, 2012
The VI is an overall commitment grade as in snow ice and mixed guide book and the WI4+/5R means runout water ice 4+ or 5.
AJM
21 Nov, 2012
VI is the roman numeral grade, I'd be 99% sure. The rock is already covered by the M6+ or whatever. "WI4+/5" R is how you should be reading it, not "5R" - implies WI 4+/5 climbing that is notably bold and runout.
MikeLell
21 Nov, 2012
Cheers for clearing that up guys.
Luca Signorelli
21 Nov, 2012
Just for the record: despite what was reported somewhere Marcello Sanguineti & C in 2010 NEVER claimed the first ascent of the route (as the last pitch connecting the gully to the Tronchey ridge is obviously the key section of the route). So this is not the second ascent of the route, but the second attempt to a route that is still very much open. This said - incredible effort from Jon and Matt, and whatever discussion above the status of the route shouldn't detract from the quality of this climb (and the 2010 attempt)
More Comments
Add Comment
Loading Notifications...
Facebook Twitter Copy Email