Share
Björn Pohl UKC 23rd September, 2016
This has been read 19,143 times
Share
Chris Sharma has made the first ascent of Alasha, a Deep Water Solo (DWS) route which he says is of roughly the same difficulty as Es Pontas. The latter was opened almost exactly ten years ago.

Last week I was able to send a long term project that I'd been trying over the last 5 years on the northwest coast of Mallorca. In honor of my beautiful daughter I named the line Alasha. So proud of this one. I really had to work hard, dig deep and pull out all the tricks in the book.

The crux comes at around 18 meters and is, according to Chris, around 8B. Imagine committing on an ~8B boulder problem knowing that if you fail, there's an 18m fall waiting...

Chris says he took the fall multiple times, but that he, of course worked it a fair bit with a rope.

I tried it a ton without a rope, but I realized I had no chance unless I rapped in and figured out the super tricky beta. It's super techy and bouldery with very bad feet and tricky body positions.

Chris never gave Es Pontas a grade, and it's been speculated to be anything from 9a to 9b. My guesstimate would be both routes are around 9a+ in sport climbing terms. On the other hand Deep water soloing is very different compared to sport climbing and takes a very strong head, so perhaps attaching a sport grade to a DWS route isn't really fair... 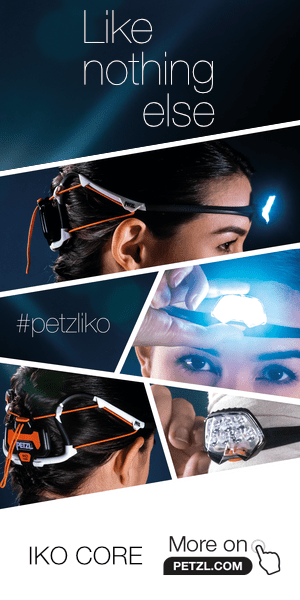 Jon Read
23 Sep, 2016
"Opens"??? This is *UK* Climbing you know!
Shani
23 Sep, 2016
Does he even Grit?
ehole
23 Sep, 2016
I'm off to Mallorca for 2 weeks of DWS as of tomorrow. See you there Sharma! PSYYYYCHE!
mb_manchester
23 Sep, 2016
Fantastic achievement and hats off to him for this one. I am a regular to Mallorca and visited Es Pontas several times and it amazes me every time how he managed to climb it.
daimon
25 Sep, 2016
Im sure people from outside the UK will also be reading this. 'Opened' is a far more interesting word in my view that simply 'put up'. Also Id disagree with Es Pontas never being graded. Talking to Chris the same day he did the FA of Es Pontas, he said its possibly 9b (but yes never confirmed it because it needs a second accent), but after Ethan Pringle found a more static way through the lower crux, 9a+ began to have more meaning. Although Es Pontas still remains unrepeted so who knows, perhaps Ethan will hold the answer one day?
More Comments
Add Comment
Facebook Twitter Copy Email LinkedIn Pinterest