The route was originally given 9a but was later downgraded to 8c+ when Adam Ondra onsighted it in 2012.

Mélissa has previously climbed two other 8c+'s in the RRG: 50 words for pump and Southern Smoke (8c). She has also bouldered 8B+ and finished on the podium both in individual World Cups and over all. 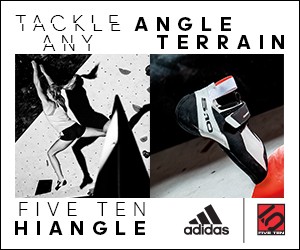 Bernd Zangerl and the village of Rakchham have been working together over the last decade to develop a sustainable world-class climbing area in Rakchham, Himalaya. Last autumn Bernd took Melissa Le Nevé and Giuliano Cam...

French climber Mélissa le Nevé has ticked the classic Action Directe 9a in Frankenjura, Germany. This is her first route of the grade and the first female ascent of Wolfgang Güllich's famous line, which he climbed in 1991. 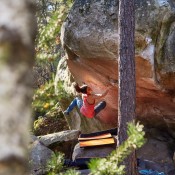 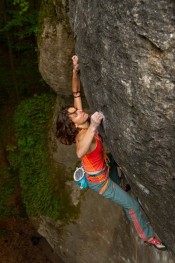