Latok I from the North Fri Night Vid

This week's Friday Night Video takes us to the Pakistan Karakoram. In 2018, a British-Slovenian team made up of Tom Livingstone, Aleš Česen and Luka Strazar made the first ascent of Latok I from the North, a route with a long history of unsuccessful expeditions from top mountaineers.

Initial misinterpreted reports relayed by sponsors were confusing, implying that an integral ascent of the elusive North Ridge had finally been completed after 40 years of numerous attempts by top calibre mountaineers. Details from the team later clarified that they opted for a safer line on the face in the last quarter, summitting via the West Col and making only the second ever ascent of Latok I and the first from the North. The climb took 7 days from Base Camp to Base Camp.

US alpinist Jeff Lowe - part of the first team to attempt the line in 1978 - described the north ridge of Latok 1 in the Alpinist essay 'Unclimbed' as 'the unfinished business of the last generation.' 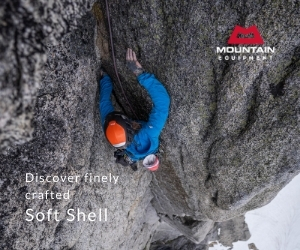 Our Friday Night Video this week is an expedition to the Revelations Range in Alaska. Tom Livingstone and Uisdean Hawthorn attempt the unclimbed north face of Mt. Jezebel (2880m) but due to severe weather, turn their attention to the east face. Pe...

2018 was a turbulent year politically, but what went down in the climbing world? Elite female climbers pushed women's standards ever higher, indoor climbing continued to rise in popularity, and UKC's Rob Greenwood received an MBE... Here are some of the...

Tom Livingstone reflects on what style means to him in the context of climbing, and beyond... Style is embodied in adventure of the unknown. A guaranteed route in the mountains holds no appeal. For me, alpinism is starting in the dead of night, following the...

A British-Slovenian team consisting of Tom Livingstone, Aleš Česen and Luka Strazar have made...

This week's Friday Night Video takes us to Link Sar (7041m) in the Karakoram range of Pakistan. The mountain had seen nine failed attempts since 1970, including a 2017 attempt by a team consisting of Graham Zimmerman, Steve Swenson and Mark Ric...

For Lor Sabourin, climbing is more than a sport; it's a way of exploring identity and building resilience in the face of adversity. They/Them follows Lor, a trans climber, into the sandstone canyons of northern Arizona, on a journey to piece together...

This week's Friday Night Video is a look at the 2021 Women's Trad Festival which took place over the summer in the Peak District. The Festival aims to bridge the gap between indoor and outdoor climbing, support women and other marginalised genders, and...

150 years ago in 1871, Liverpudlian Lucy Walker became the first woman to climb the...

In this week's Friday Night Video, Seb Bouin gets a technical lesson when he visits Cimaï near the south coast of...

Love this video. The contrast in culture and demeanour between Tom and Ales & Luka but the unity in climbing style and abilities. Then the gradual deterioration of their speech betraying how far they're pushing themselves. Then is that Ales? on overhanging climbing way high up through the serac/cornice. Remember the hardest thing in a film like this is even getting the camera out when you're that far out. Well done to all involved

Really good. Made it all seem very real and immediate.