James Squire has added a new 8C to Hartland Quay, Devon, just a few metres to the left of Tom Randall's famous crack climb The Kraken (UKC News). Paradise Found (f8C) starts in the middle of the roof and climbs directly out finishing on the obvious jug rail.

James told UKC:
"The boulder starts on two big undercuts in the middle of the roof with a left heel toe jam, you move into two beefy undercuts close by and then reach out to a mega rail in the roof. You then release the toe and have a crazy swing under to throw your toe to the lip. The crux is bumping your right hand into an intermediate before matching the rail in the roof with your feet above your head. The finishing moves are not quite as hard but still droppable (which I found out the hard way). It's not over until you have your hands in the finishing jug!"

James found the project in August 2020, when he noticed holds in the roof but didn't figure out any moves. Life outside of climbing became busy and he took a break from training and climbing constantly until January 2022. He returned in March to try the project out of curiosity and was surprised to quickly find most of the beta. He explained:

"I work five days a week so I made the 2.5 hour drive to the boulder religiously every weekend for around 15 weekends in a row. I lost count of how many sessions exactly and god knows how much I spent on petrol. Five sessions in, I realised my original beta didn't work. I thought I had done all of the moves with a different sequence but stupidly forgot about a foot release which ended up being impossible. I kept going back until I found this crazy toe hook beta. On session 12 I got through the crux but heartbreakingly dropped the finishing moves. It wasn't until the first go on session 15 that I was finally able to have an attempt and make it to the top. "

Regarding the grade, James feels that this is the hardest boulder he has ever climbed and is confident that it is solid at 8C. He said:

"Training for this boulder was very different to anything else I have done. Unlike many hard problems, the difficulty does not come from finger strength on small crimps or bearing pain on sharp holds. Instead it comes from bicep strength, body tension and working out complex beta. Every session I had on the boulder, I kept getting burned out quickly, so I started hitting the gym 2-3 times a week. I ended up having a body weight gain of ~8kg. Initially I was a bit worried this might affect my fingers, but after some time getting used to it, my climbing and body in general feels stronger and more stable."

James praised the quality of the line. He summed up:

"I genuinely believe this is one of the UK's best super hard boulder problems. I have a feeling this will be a popular one and I hope other people can enjoy climbing it as much as I did." 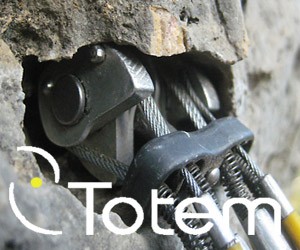 3rd Ascent of Change (9b+) for Seb Bouin

Britain's Hardest Problem, Devon 9a, and Megos On Form

James Squire is a top British boulderer, mainly operating in the south of England. He has established many grade 8 boulder problems. His crowning achievement so far is the first ascent of

James Squire has climbed a new Font 8C at Biblins Cave in Gloucestershire and named it Ambition. This is his second first ascent of an 8C at the cave after climbing The World Is Yours in 2018.

In recent weeks, James Squire has added two new problems to Bovey Woods, which sits above Bovey Tracey with...

James Squire has had a productive trip to Rocklands, South Africa, ticking Spray of Light, a Font 8C first climbed by Daniel...

21-year-old James Squire has climbed a new problem at Biblins Cave and proposed a grade of Font 8C. James has been...

Amazing effort. Congrats James! Looks scary making those 'feet above head' moves high enough above to ground to be painful... What an effort. As a side-note, 8kg of sweet gainz for an elite-level boulderer is quite a body composition change. Doubly impressive. I'd be interested to hear more of James' thoughts on that.

Nice one James, super inspiring (as always). Interesting to hear about your approach too, with all the gym work. It's clearly had a positive impact!!

Is this problem started off a stepladder?

Think it's depending on the level of the beach - either a step ladder is needed, or you can just reach the holds when the beach is high enough.