Alex Honnold has completed a link-up of fourteen classic multi-pitch routes in the Red Rock Canyons, in what he has named 'the HURT - Honnold's Ultimate Red Rock Traverse'.

Honnold broke the news on instagram, where he said:

'Last week I completed a long time goal of mine: a rock climbing centered traverse of the Red Rock canyons. I combined as many classic climbing routes and as many summits as I could in as uncontrived a way as I could find'.

The link-up took Honnold 32 hours in total, and covered over 35 miles of ground, with over 23,000 feet of ascent. The exact numbers are yet to be confirmed, and could be significantly larger. Either way, the numbers don't tell the full story, with Honnold saying 'the terrain is so complicated and jumbled that it's really hard to move around at all'.

Sanni McCandless Honnold, who joined Honnold at various points throughout the traverse to boost morale and help resupply, shared further details of the latter of the two routes on instagram, where she said that Alex had 'already done 17,000ft of climbing/hiking' prior to taking on the 1300 feet of climbing that Inti Watana has to offer.

For further details on the HURT link-up, keep an eye on Honnold's instagram, where he has promised to share further details about what he described as 'a pretty remarkable day in the canyons!' 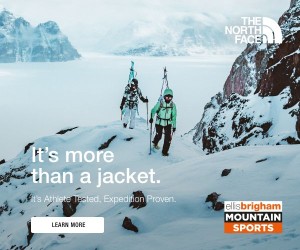 Alex Honnold is a professional rock climber whose audacious free-solo ascents of America’s biggest cliffs have made him one of the most recognised and followed climbers in the world. A gifted but hard-working...

From a dusty gym in Tyumen to the summit of Annapurna I, this week's...

Video In Conversation with Adam Ondra and Alex Honnold

Two of the world's most recognisable climbers get together for a wide-ranging conversation covering...

Tommy Caldwell and Alex Honnold have completed a huge linkup of peaks in Rocky...

When climbing in Alaska, things don't always go to plan. Alex Honnold and Renan Ozturk's aim was to...