Joe Simpson once described rock climbing to be a mixture between gymnastics and ballet. This joy and freedom of movement is usually the tipping factor in the balance between selfish indulgence and unacceptable risk. However, there is a mysterious and foreboding derivative branch of mountaineering which doesn't conform to this pattern. Where freedom is impeded by lithological incarceration and joy is a long forgotten commodity.

Chimney climbing is undoubtedly the 'dark art' of climbing. If 'type 2 fun' had a definition in the dictionary it would list one of the many classic UK chimneys. Ascending these huge, dank clefts forms the basis of much of the UK's climbing history back in the early 20th Century where breeches and hob-nailed boots were as essential as a stiff upper lip.

Such routes are best saved for 'wild conditions' as if you're going to suffer, you may as well not waste a decent day! It would also be a grave injustice to attempt these in anything other than big boots and full waterproofs as rock shoes are not likely to provide any more 'stick' if the walls are covered in an inch of slime!

Many of these routes maintain their fearsome reputations and call for an abandonment of traditional ethics. Monolith Crack of Clogwyn y Tarw for example (see UKC Logbook extract below) is often climbed using combined tactics and in exchange for safe passage requires more than a generous donation of blood, sweat and tears. 'Swimming', 'trashing' and 'thrutching' are often endearingly used terms for techniques used to enable upwards progress - however, to describe this as a 'technique' would probably be misleading. Arm jams, leg jams, chest jams and of course the full body jams all must be employed. Ascension is often a slow process leaving one bruised, battered and drained. The best training for such an outing would probably be several years worth of brick laying!

So considering all of these facts why are people still drawn to such routes? Well the answer is simple - Adventure. These routes present the optimum challenge of strength, determination, flexibility and perseverance! Conquering a classic such as Lochwood's Chimney, Great Gully, Gwynes Chimney or Chasm Route is a monumental achievement and will propel the ascensionist to stardom! However, some would sooner see the person sectioned. It's true, chimneys aren't for everyone. Think of them a bit like Marmite; you'll either love 'em or you hate 'em. But to be honest, you've got to love them! Chalk and wires are replaced by overtrousers and hexes, calm and relaxation replaced with panic and suffering and that pint at the end of the day will have never tasted so sweet. I'm also told they're best enjoyed wearing wellies but I'll let you be the judge of that...

It would be an understatement to say that climbing has moved on since the first ascents of many of these routes. Yet the draw and allure of tackling something with such a strong natural line will likely continue to enthuse victims for many years to come! 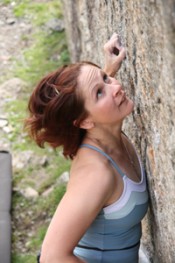 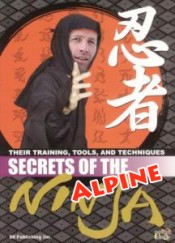 ianstevens
11 Mar, 2015
Good to see your continued promotion of the dark art of chimneying Sam. What's next on the list?
d_b
11 Mar, 2015
It's always good to hear from fellow chimney devotees. I have been taking a step beyond the chimney over the last few years and getting into blowholes. It's easier than it sounds, but getting out again is the hard bit.
Babika
12 Mar, 2015
Great article! I'm a devotee too and often wonder why....But there is something about the struggle that makes it compelling. There's a route at Chatsworth Edge that I took my entire rack and helmet off to try and fit through the exit hole but still couldn't and had to reverse it all. Then that thing at the Dewerstone that I entered and reversed again as it was just too scary. I thought I'd be bricked up inside when they couldn't get me out!
David Rose
12 Mar, 2015
I came to climbing after years of caving. The result is that most chimneys have always seemed extremely easy to me, even once-notorious chimney test pieces such one of the pitches near the top of La Demande in the Verdon (I'm speaking of the days before this had any bolts in it, and required about 45 m of back and footing with almost no gear.) One I did find very hard was White Horse at Swanage. Desperate.
pebbles
12 Mar, 2015
type 2 fun? no way! type 1 from start to finish!!!!! maybe I just havnt done the right (wrong) chimneys yet...
More Comments
Add Comment
Loading Notifications...
Facebook Twitter Copy Email LinkedIn Pinterest