Video and Photo Gallery: Mammut Athletes in the Peak District

Share
UKC Articles 31st December, 2010
This has been read 21,169 times
Share
Earlier in the year the Mammut team of athletes hit the Peak District and racked up an impressive list of ascents. The group were guided by gritstone climbing legend Johnny Dawes and the Mammut climbers were David Lama, Alex Johnson, Anna Stoehr, Jakob Schubert, Cedric Lachat and Magnus Midtboe

The trip was documented on video and in photographs, which are shown below. 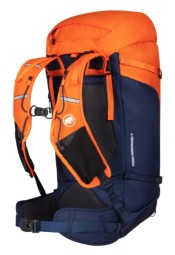 Alyson
31 Dec, 2010
Don't suppose you know who the Mammut photographer is? Some excellent shots in there.
gcandlin
31 Dec, 2010
3...2....1.... chalk rant..
Justin T
31 Dec, 2010
Small typo on one caption: "Master's Edge Edge" Awesome shots, really inspiring, looks like a tour of the Hard Grit classics!
Dave C
31 Dec, 2010
Did anybody have to explain the name 'Rowley Birkin QC'? You'd have to be very,... very... drunk.
tom_greenwich
31 Dec, 2010
Beautifully shot and editted, particularly liked the helicopter cam shots. Did anyone else find the johnny Dawes interviews incredibly annoying? Rather than providing context to the climbs he seemed to need to justify something (I'm not sure what) by flagging off mountaineering, sport climbing, climbing anything but grit. I thought this ruined it, especially as one of the clips at the end made it clear that the other climbers had virtually never climbed trad and are generally sports climbers. The need to put one form of climbing above another really annoys me and does nothing to help further the development of our sport. <rant over> Tom
More Comments
Add Comment
Loading Notifications...
Facebook Twitter Copy Email LinkedIn Pinterest