9a's by Ondra and Gelmanov Video

Adam Ondra and Rustam Gelmanov have both climbed 9a's lately. For Adam, this is pretty much business as usual, whereas it is more rare for Rustam who is best known as a World Cup boulderer.

What's rather unusual about Adam's ascent is that it was bolted ground up. I don't know if this has ever been done on a 9a, but I doubt it, and it looks epic.
The name of the new route is To tu ještě nebylo and it's located in the Elbe valley in the Czech Republic.

Lately, the young Czech has been spending time working an infamous project at Oliana with Chris Sharma. Cedric Lachat, who is quite a strong climber himself had a play on it and said that, in comparison, Shaxi, 9a+, felt like a warm up. This would mean it's not easy. Or as Adam put it ...the preliminary name speaks for itself - La dura dura...

If Adam's route was unusual, I guess Rustam's couldn't be more classic. Wolfgang Güllich's Action direct at Waldkopff in Frankenjura was first climbed more than 20 years ago for first ever of the grade .

This was the Russian's 2nd 9a after Kinematix at Gorges du Loup which he did in 2008.

Rustam Gelmanov is sponsored by: Salewa and Red Bull
Share: 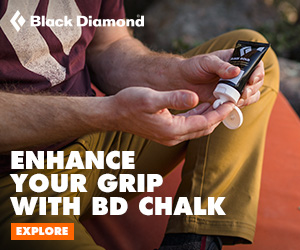 Another New Font 8C+ for Ondra

Adam Ondra is in fine bouldering form at the moment and has climbed a new Font 8C+ at Moravian Karst in the Czech Republic. This is his second Font 8C+ after emerging from lockdown in May and both problems are likely to be some of the h...

Adam Ondra has climbed a new problem at Sloup in the Czech Republic and graded it Font 8C+, the hardest in the country. Ondra named the problem Brutal Rider, as it links an 8A+/8B into Ghost Rider, an existing 8C.

In Isolation - Ep. 3: An Interview with Adam Ondra

This week, IFSC Commentators Charlie Boscoe and Mike Langley and Natalie Berry interview the one and...

Fri Night Vid Ondra falls off a 7a

The end of days! Up is down, black is white and Ondra has fallen off a 7a sport route. Twice. The incident was filmed in Croatia at...

IFSC commentator Charlie Boscoe puts down his headset and reports on the IFSC Lead and Speed World Cup in...

Matt Vigg
27 Mar, 2012
I'm guessing that's a strict local ethic or something, otherwise it's weird.
TobyA
27 Mar, 2012
very weird! Slightly dodgy bolts seems a possible result?
Jonas Wiklund
27 Mar, 2012
The bolts feel very reassuring. They first put in a small bolt to hang from and then put in one of the extra large ringbolts they use in the area. The ground-up ethics is strictly enforced. A really hard route for its time that was put up ago on the German side was chopped and stricken from the guide- and history-books after some evidence was found that a part of the route was practiced on top rope before bolting.
TobyA
27 Mar, 2012
It's a hard ethic to get my British/Scandinavia head around - not quite sure why two holes are better than one. But then in the UK we insist of leaving numerous rusting pegs and nuts tied together with rotted hanks of rope for abseil stations, rather than two nice neat bolts, and that doesn't make a lot sense either! Having broken a drill bit drilling soft wood on sunday, I can imagine flying off with a drill in your hand means going through rather a lot of drill bits!
Olli-C
27 Mar, 2012
Surely that means there ends up being lots of half bolted/very short/rubbish routes with lots of bolts, from when a climber starts bolting what appears to be a good line then runs out of holds/hits bad rock. Seems messy and backward to me
More Comments
Add Comment
Facebook Twitter Email LinkedIn Pinterest