Share
Jack Geldard 11th July, 2012
This has been read 13,552 times
Share
Back in 2009 legendary British climber Steve McClure repeated Hubble, the 8c+ test-piece at Raven Tor, Peak District. At the time we ran a short interview with Steve on UKC alongside a great video from Ben Pritchard.

Some time later Ben removed the video from his Vimeo account as it was used in a compilation in America, however it is now back online, and we thought it would be great to show it again on UKC.

This video is blocked because you have disabled Social Media cookies
Please enable them to view the content
And - why the devil not - here's the interview with Steve!

Jack: Why is doing Hubble such a big deal for you when you have done these other super-routes - F9a+'s etc, is it the history?

Steve: Two things. First, history. When I was young and super psyched, and way before I even imagined I'd climb hard stuff, this was the big thing, the hardest route in the world. 'Hubble' was the word on everybody's lips. It was the ultimate bench mark. It then gained a reputation over the years, it never became easier, almost harder in its reputation. Second, it's a big deal for me as it's totally against my strengths. I'm rubbish at bouldering and I'm relatively weak and use technique to get up stuff. Hubble can't be tricked!

Jack: Can you describe the route in terms of - boulder grade / sections / general difficulty?

Steve: If it was a boulder problem it would be Font 8B. It is a boulder problem really, it just needs a rope. It's only about 7 hand movements, 9 if you're short. After that there is a breather before a relatively easy section, still around F7c+ and very drop-able.

Jack: You have done a lot of climbing at Raven Tor - does it hold a special place in your climbing heart?

Steve: Guess so. I've done a lot there as it's local, and it's hard. There are few cliffs with such a concentration of hard routes. I have an attachment with the place as it's kind of where I started with the hard stuff, where I realized I could climb hard stuff, where I began to do famous stuff I'd never imagined was possible for me. Also it suits me!

Jack: Is it true you came to hard sport climbing after quite a few years of trad climbing and 'normal' climbing? When did you climb your first 8b, 8c and 9a?

Steve: I started climbing when I was very young, I had keen parents who were both climbers. There was no sport climbing then, no indoor walls. I was climbing E5 and E6 by 16, always onsight. I didn't
try sport climbing in the UK until I was 24. I guess I was already at a high level, I just needed to adapt to the style, where it's possible to commit 100% rather than considering the risk and the danger. I went from E6 to F7b onsight and then up to F8b redpoint (in a day) within a year, F8c redpoint within 2 years and F9a within 4. 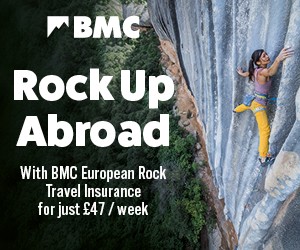 Kemics
11 Jul, 2012
" I'm relatively weak and use technique to get up stuff." would be a lot more believable if on the page it wasn't right next to a photo of him with forearms like i've got thighs :)
Reach>Talent
11 Jul, 2012
You must have skinny thighs! In all fairness I think he implied was weak for a 9a/b sport climber ;-)
progrupicola
11 Jul, 2012
What a nice guy,humble and very strong,to me one the few on the top of the game in a time ruled by kings and wizards,..super class
Ramon Marin
12 Jul, 2012
I get the history, I get the hard climbing, and Steve is a legend, but god, that's got to be one of the most uninspiring lines I ever seen
plyometrics
12 Jul, 2012
Agreed, awesome little vid' with some nice 'historic' touches.
More Comments
Add Comment
Loading Notifications...
Facebook Twitter Copy Email LinkedIn Pinterest